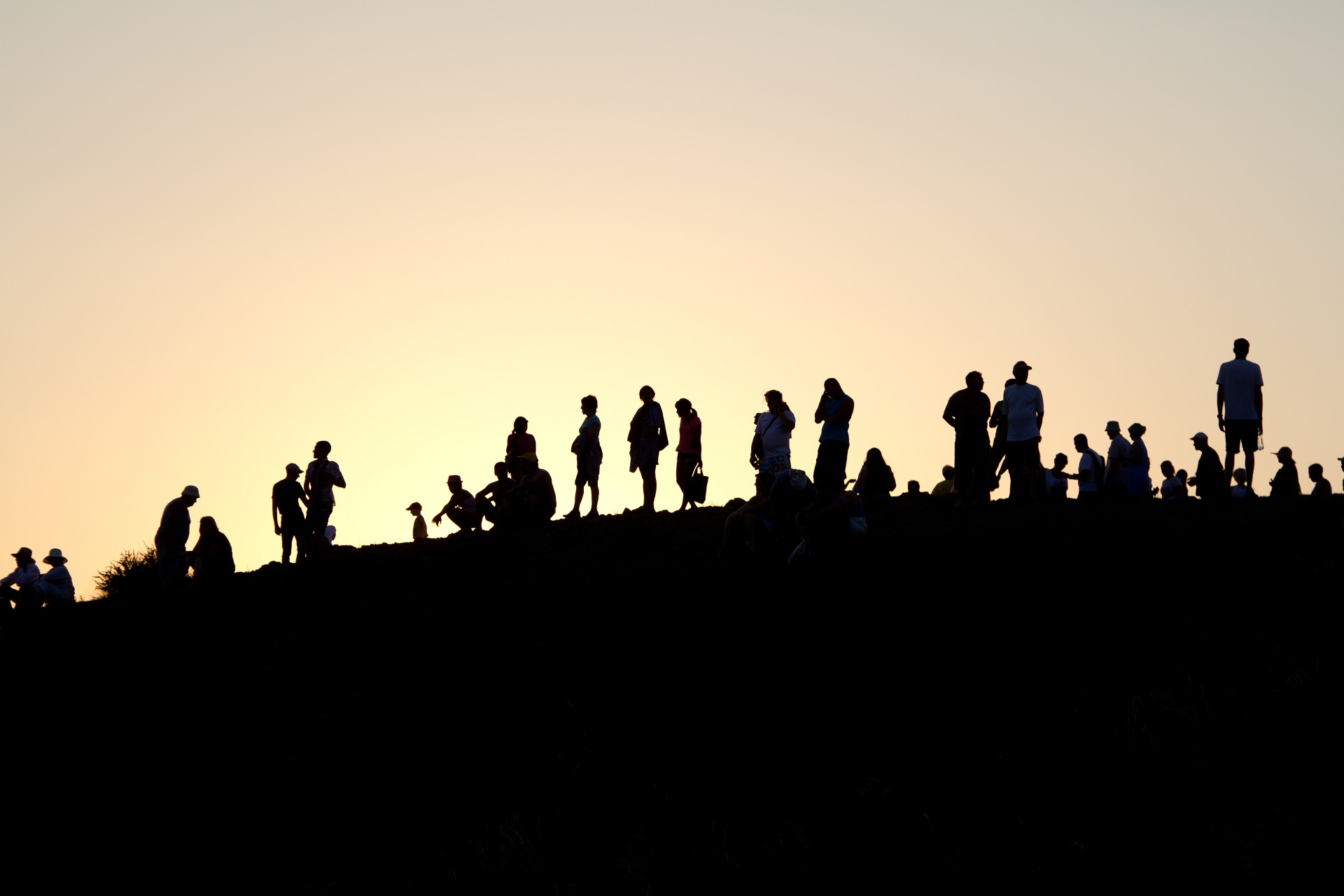 Summertime in the Southern Urals is perfect for more than just hiking. It's also the time for festivals! Just one day of a big, loud, and fun festival is enough for any tourist to understand the spirit of Chelyabinsk Region, learn about its past and future, and about ancient rituals and traditional cuisine.

We have created a guide to the most interesting events in the Southern Urals that will be sure to leave you with memories that last a lifetime. Festivals are usually held for 2–3 days, so it's easy to plan a weekend trip. All of the events are free to enter.

The Ilmensky Festival of Author's Song

Ilmenka — is a festival of original songs with almost 50 years of history. The event is held near the town of Miass. Every year, the festival constructs several stages for both experienced bards and novice artists to perform their songs. 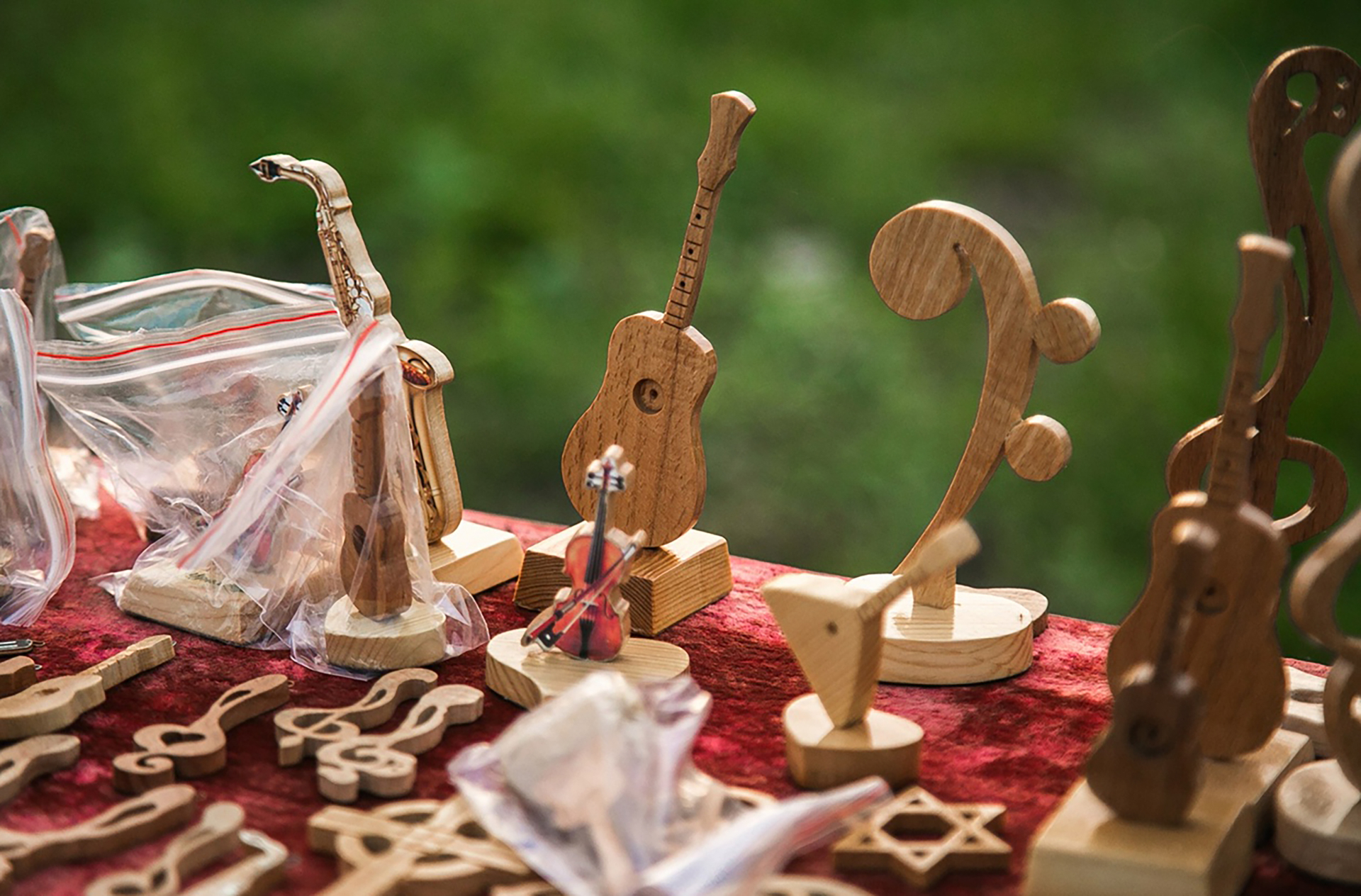 The Ilmensky Festival of Author's Song Photo by Natalia Volvach 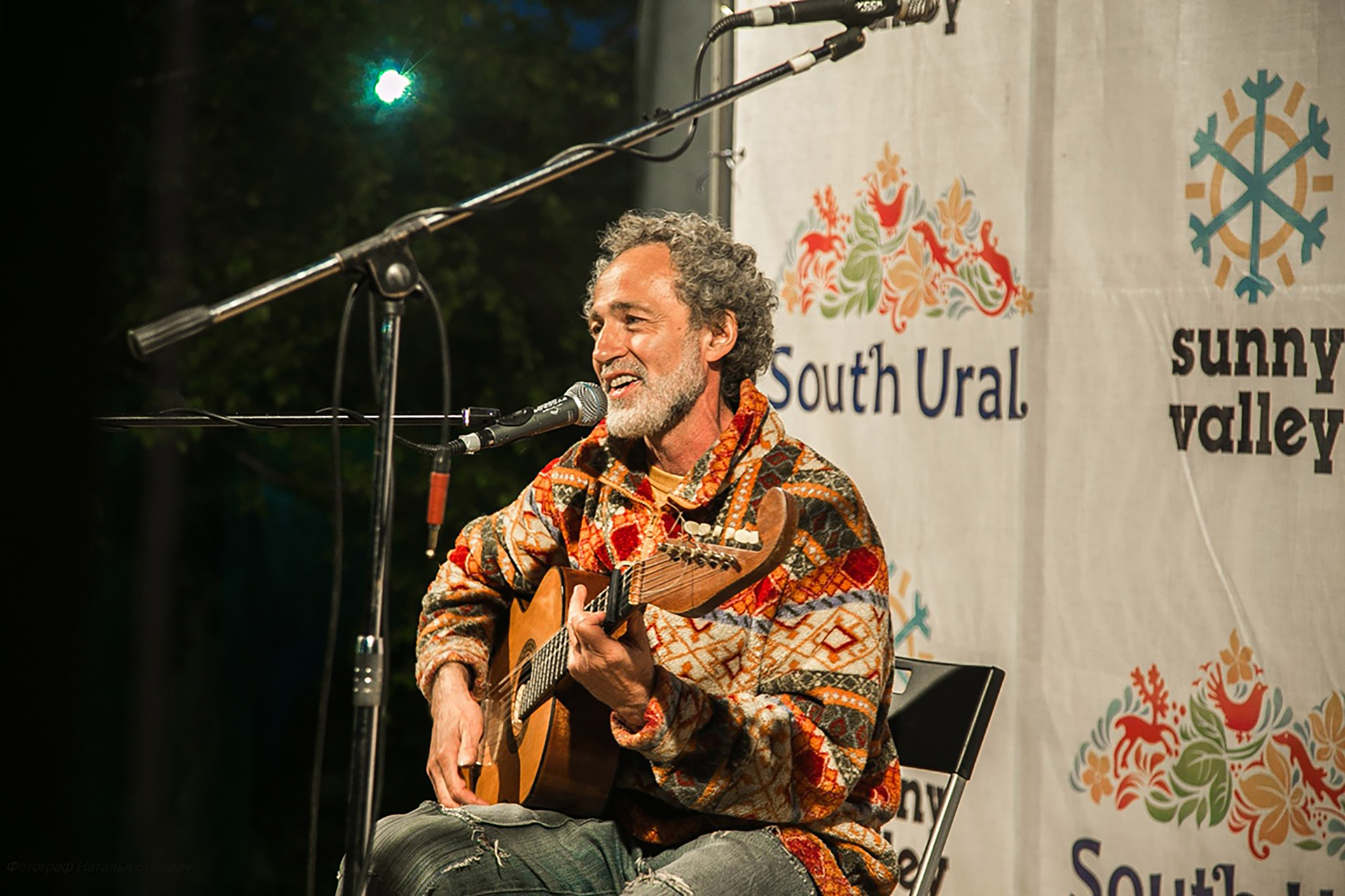 The Ilmensky Festival of Author's Song Photo by Natalia Volvach

The driving force and mastermind behind the Ilmensky festival is Chelyabinsk native, Oleg Mityaev, a famous singer, poet, and songwriter who has been singing near a campfire with a guitar for more than a generation. He's created a number of well-known Russian songs, including It’s wonderful we have gathered here tonight and Summer is a little life and many others.

The festival has been held at the Solnechnaya Dolina ski resort since 2015 (so it's a great opportunity to make plans for a winter skiing trip too). There is a market at the resort to buy water and firewood if you decide to stay in a tent.

The Bazhov Festival of Folk Arts

Bazhovka is rightfully considered one of the must-see events in Chelyabinsk Region. It's the largest festival in the Southern Urals, with nearly 5,000 participants and more than 40,000 visitors.

The festival was named after writer Pavel Bazhov, the author of many famous fairy tales. The festival is famously a great place to learn about a variety of crafts, purchase products made by local craftsmen, and listen to concerts from Ural folk groups.

There are several trading sites at Bazhovka. There are dozens of workshops in Masterovaya Sloboda for visitors to buy souvenirs or even make souvenirs themselves. The Uralskoye Poselenie site showcases traditional dwellings of the peoples of the Southern Urals, including Kazakh and Bashkir yurts, Russian izbas, and Ukrainian khatas. 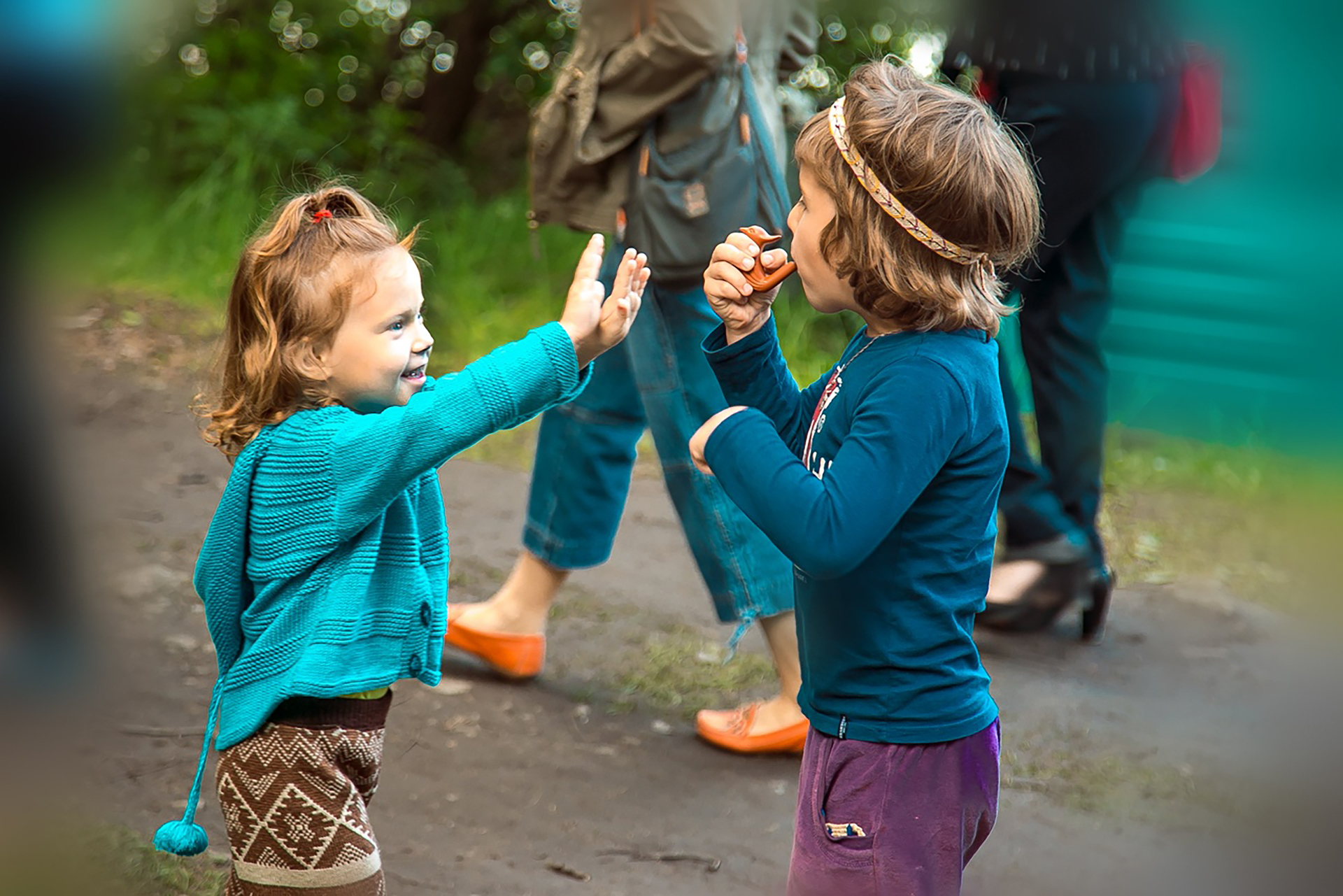 The Bazhov Festival of Folk Arts Photo by Natalia Volvach 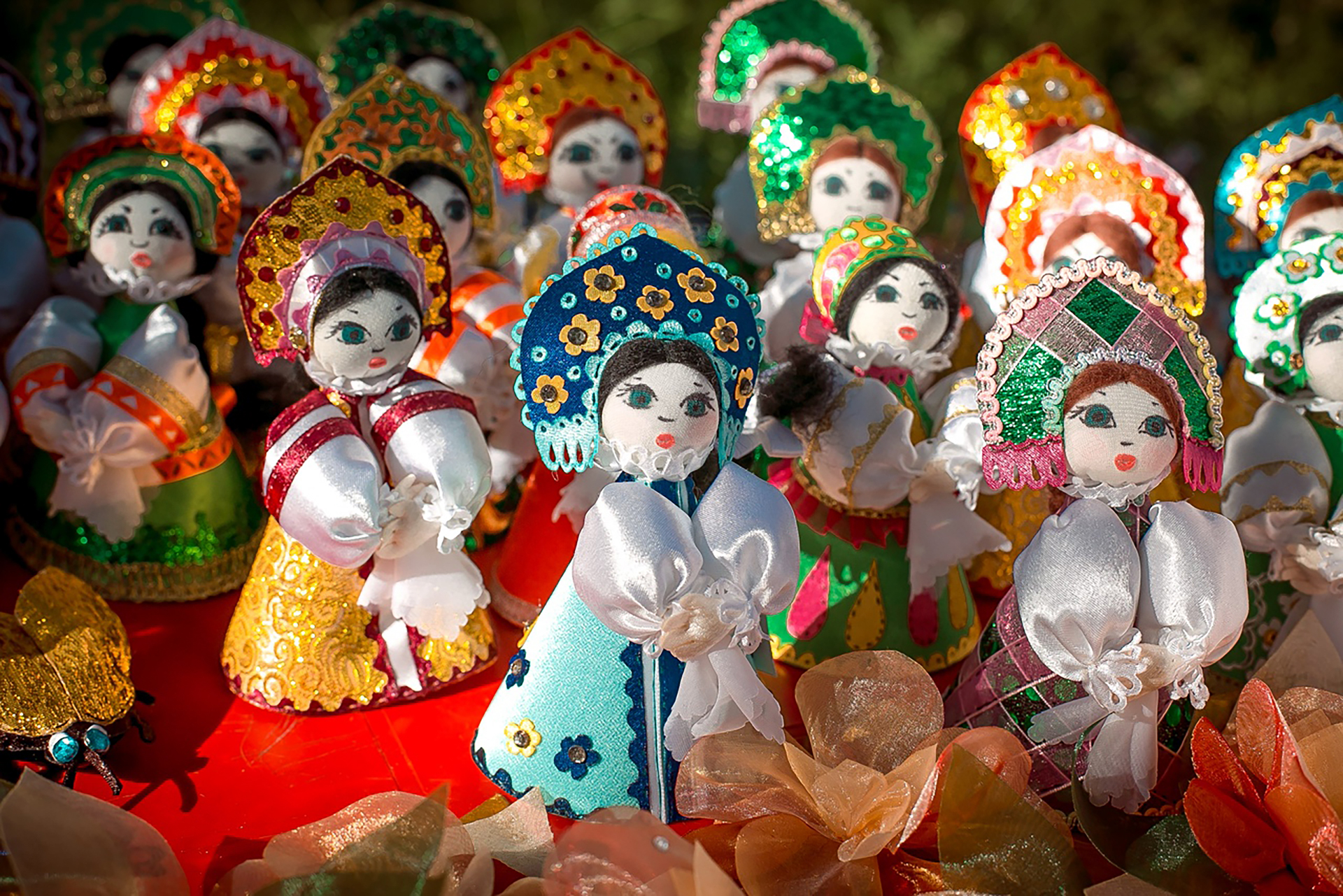 The Bazhov Festival of Folk Arts Photo by Natalia Volvach

The Bazhov Festival does not stay in one place for very long. Instead, it moves across the entire Chelyabinsk Region. We recommend checking its current location on the official website.

During the festival, shuttle buses are always organised from/to Chelyabinsk and the inter-city bus schedule is also posted on the website.

Pro tip: The festival lasts three days. The second day is the main festival day, but we recommend arriving earlier. Workshops begin during the evening of the first day and, after all, the most important and heartfelt songs can be heard at night. When no one is sleeping, the participants of Bazhovka sing for themselves and for old friends after their year apart. Choose a campsite close to the camp for the artists if you want to sing along with the whole field.

This is one of the youngest, but the most promising festivals in Chelyabinsk Region. The festival is dedicated to the Zlatoust weapons trade and is held in the Molodezhny culture and recreation park in, of course, the city of Zlatoust.

At the festival anyone can pick up a hammer and forge a souvenir with the help of a blacksmith, or participate in a master class for bell-ringing. Or, they can simply walk through the city park that has been transformed into an endless market for two days. 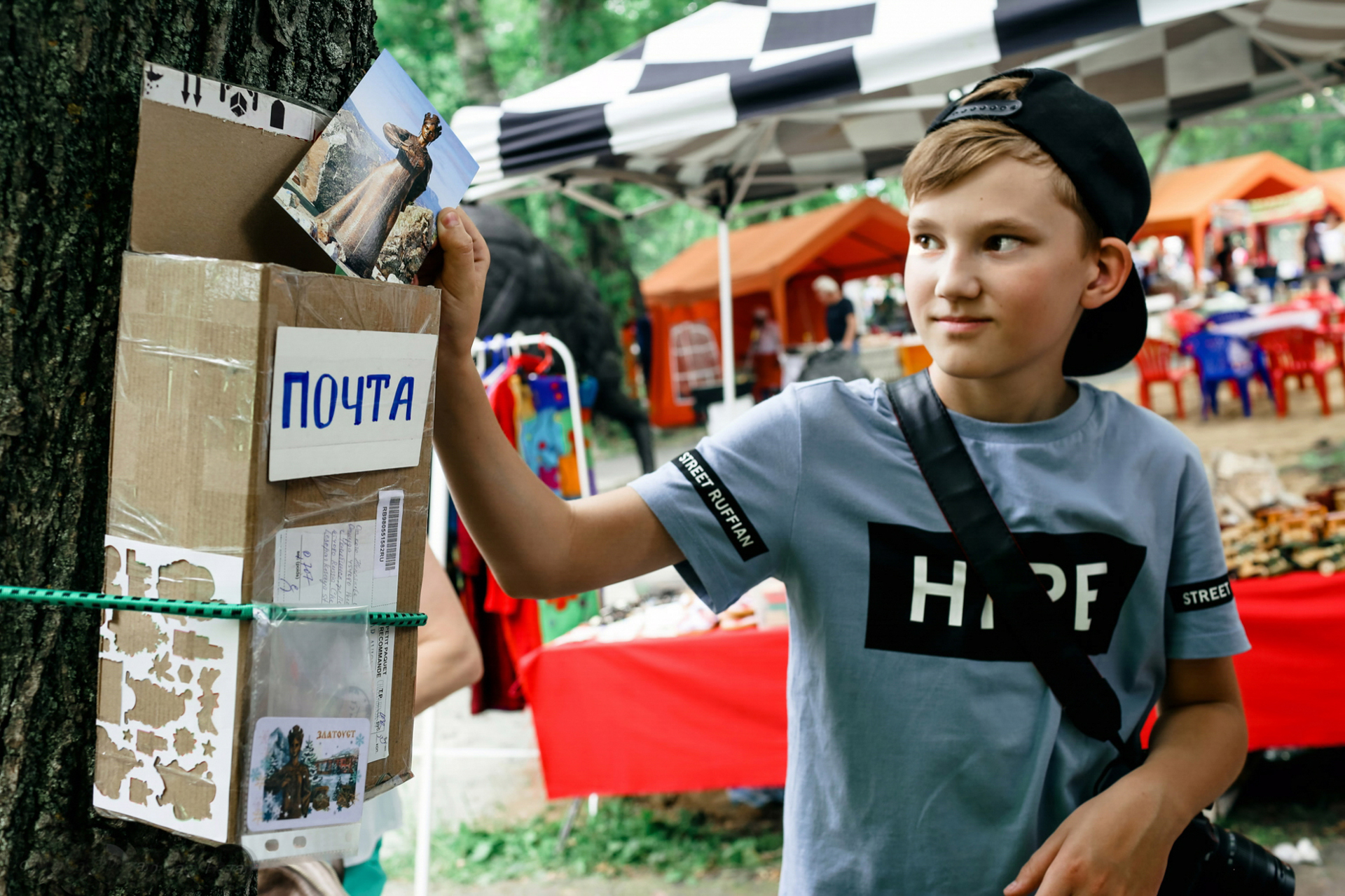 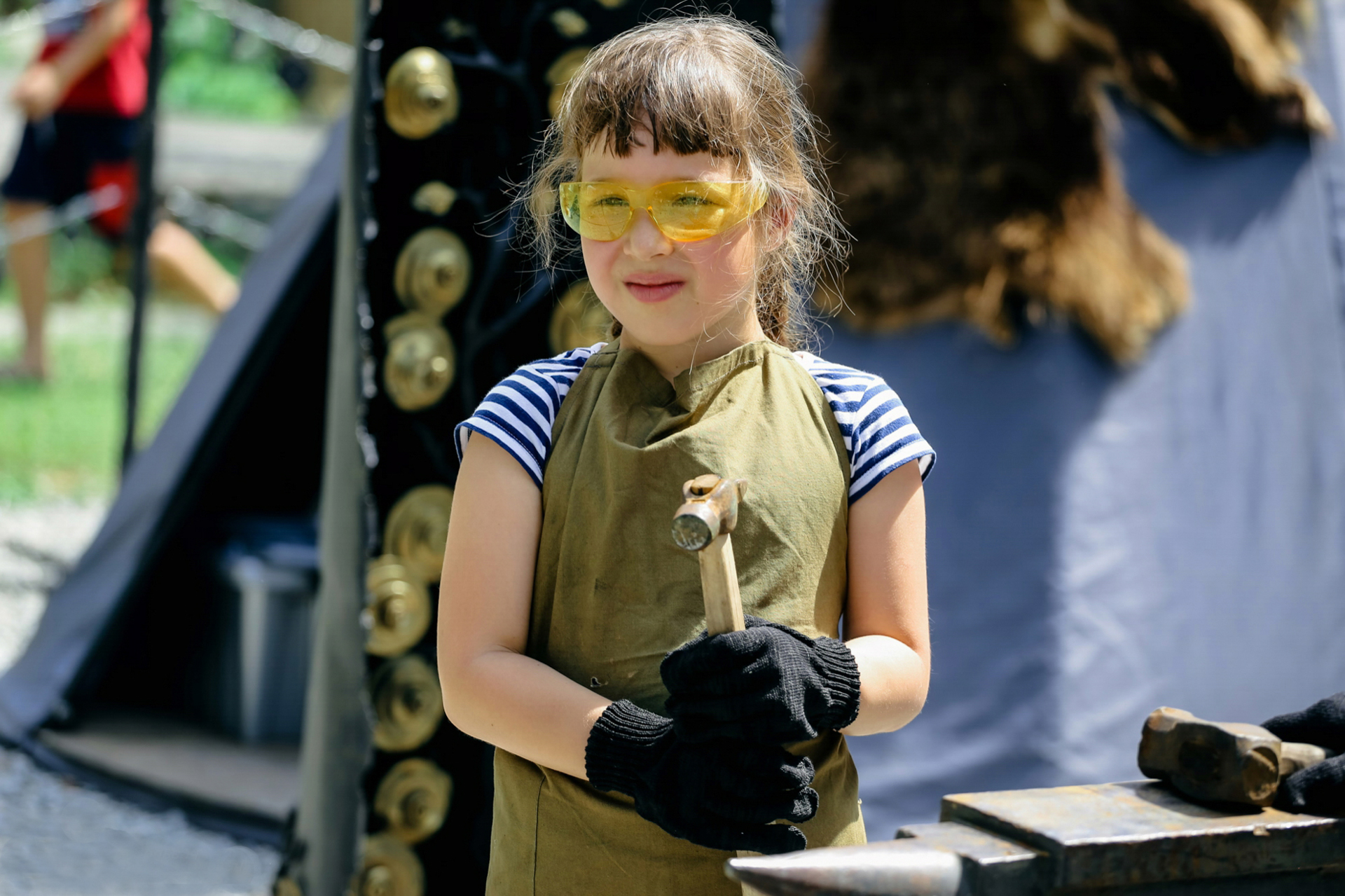 The festival is named after Ivan Bushuev, a legendary master of the Zlatoust arms factory. If his name doesn't ring a bell, read Pavel Bazhov’s tale Ivanko-Krylatko. Bushuev actually created the winged horse on the blade that is now displayed on the Zlatoust coat of arms.

Pro tip: No trip to the festival will be complete without a visit to the local history museum or weapon shop. Tours are arranged for the festival with special tourist buses that travel around the city. The festival can also be reached by tram No. 1.

The Flame of Arkaim Festival of Historical Reenactment

For instance, at the Flame of Arkaim festival of historical reenactment organisers reenact entire historical eras in an interactive form. Thanks to time travel, festival guests can craft stone-tipped arrows or weapons made of bones and make early Iron Age glass beads and Bronze Age pottery. The festival holds battle reenactments and historical competitions. In the evening, there is always a concert by ethnic musical groups and a bonfire. 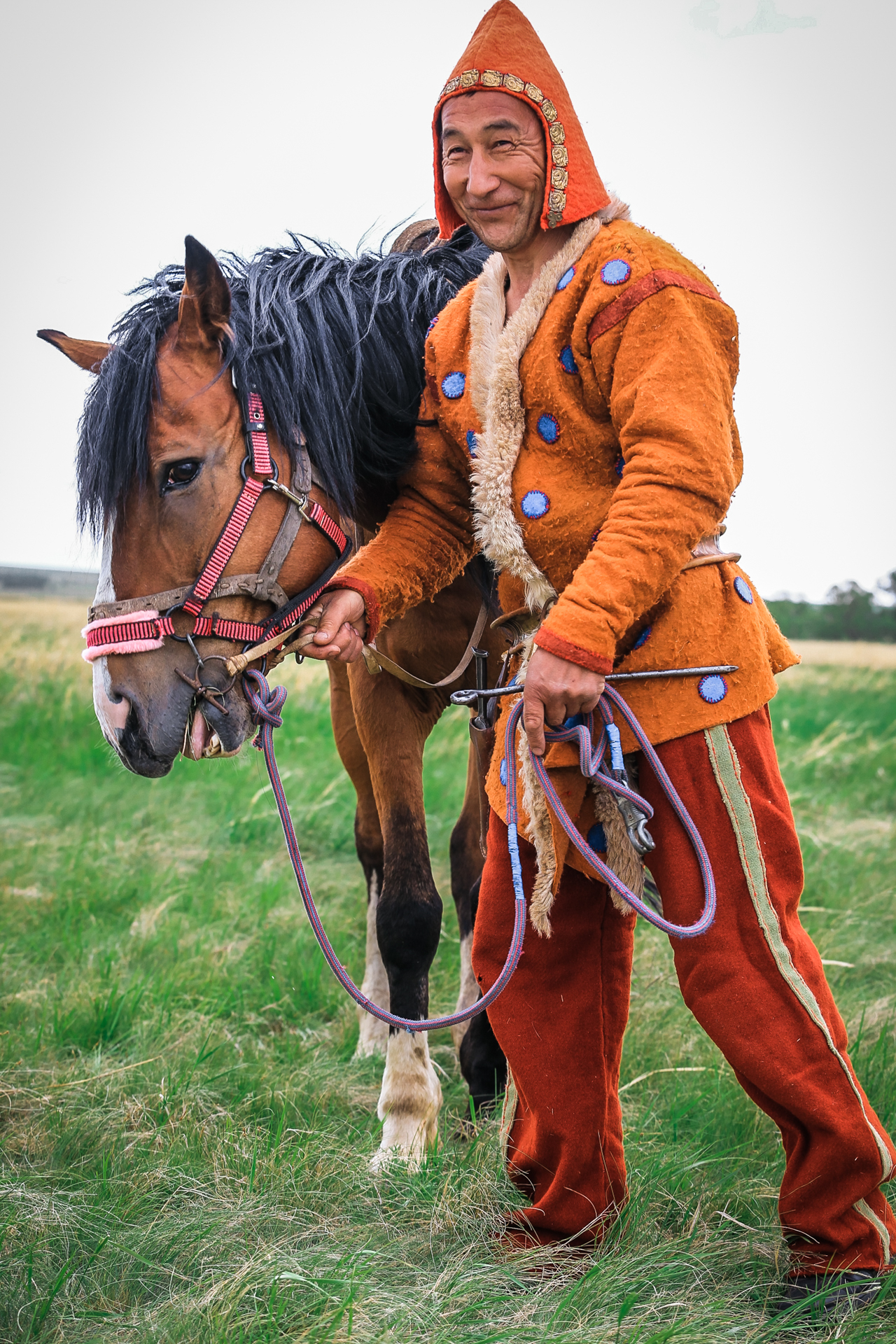 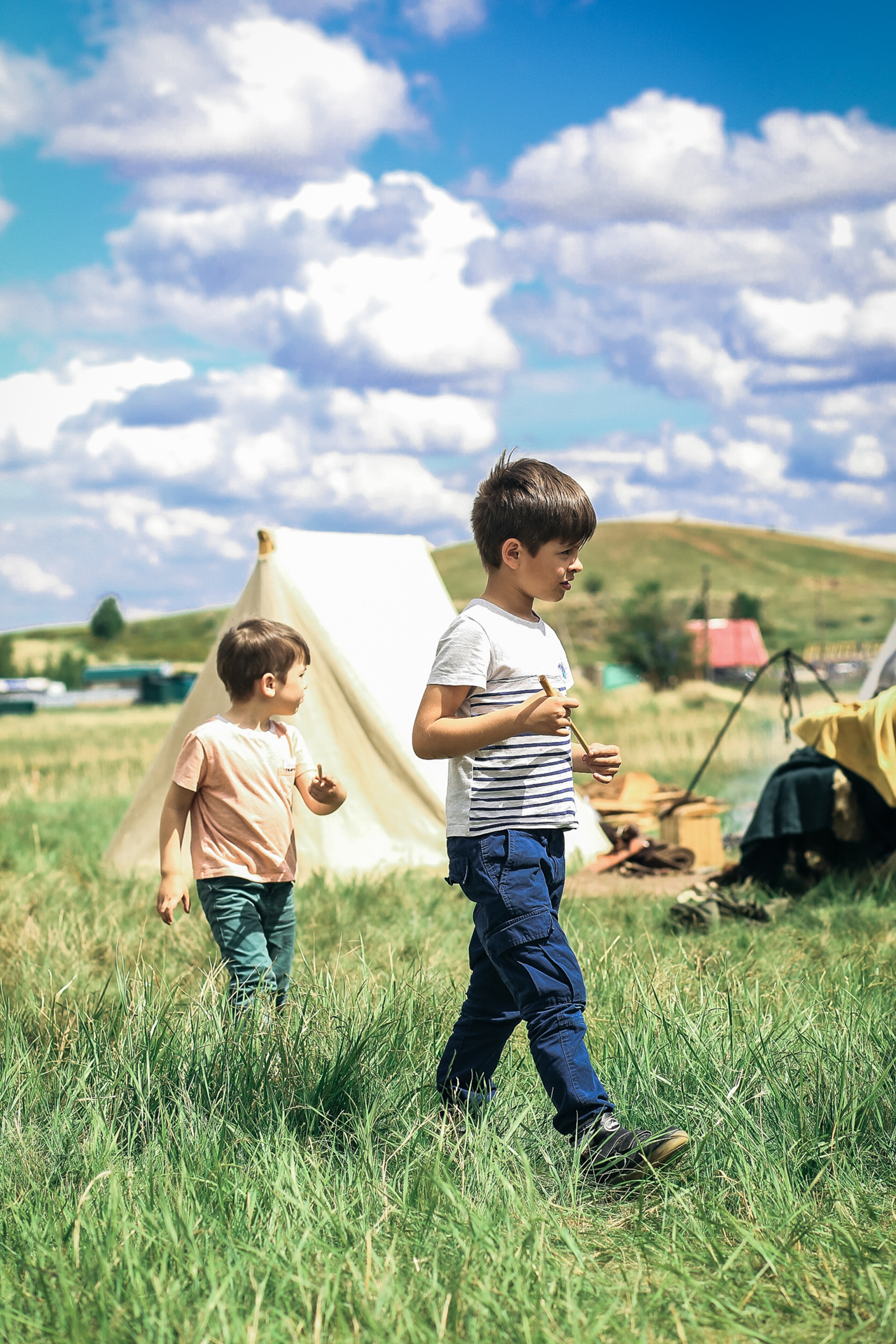 This is not the only event held at the Arkaim. We recommend visiting the food festival with the self-explanatory name 'Krynka' ('The Milk Jug'), which usually takes place in August. For one day, the reserve turns into a fair, allowing guests to taste dishes from the local peoples and even Cossack field food. Krynka also features reenactment events, national costumes, khorovods (circle dances), rituals, fun and frolic.

The reserve can be reached without a car by taking the bus from Chelyabinsk or Magnitogorsk. We recommend booking hotels and tourist lodges at least a month in advance. Tourists with tents are welcome any time.

The Ural pelmeni on Nikola Zimny Day Folklore and food festival takes place in Yu.A. Gagarin Park in Chelyabinsk. The festival is named after Nicholas the Wonderworker and celebrations are held in his honour. 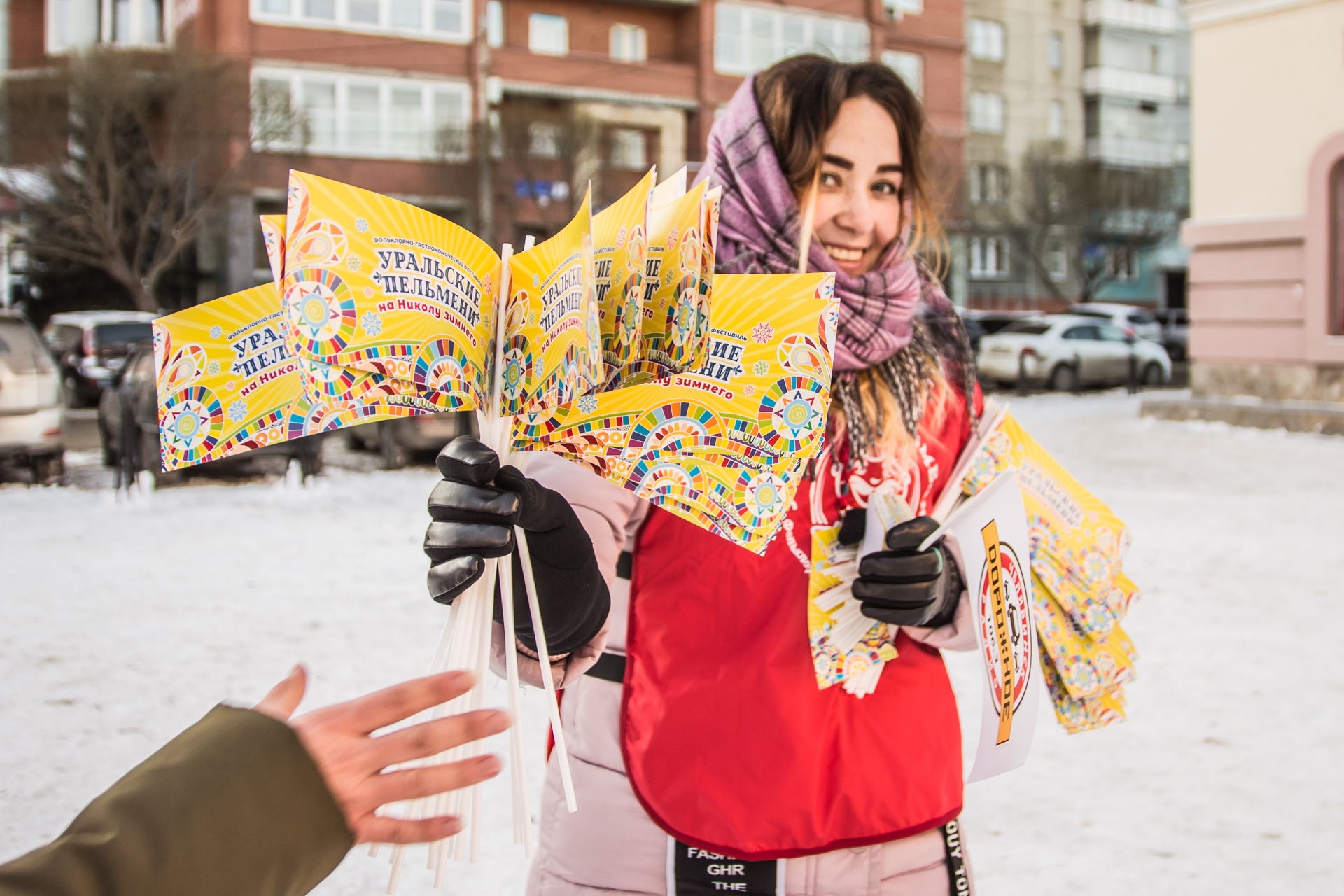 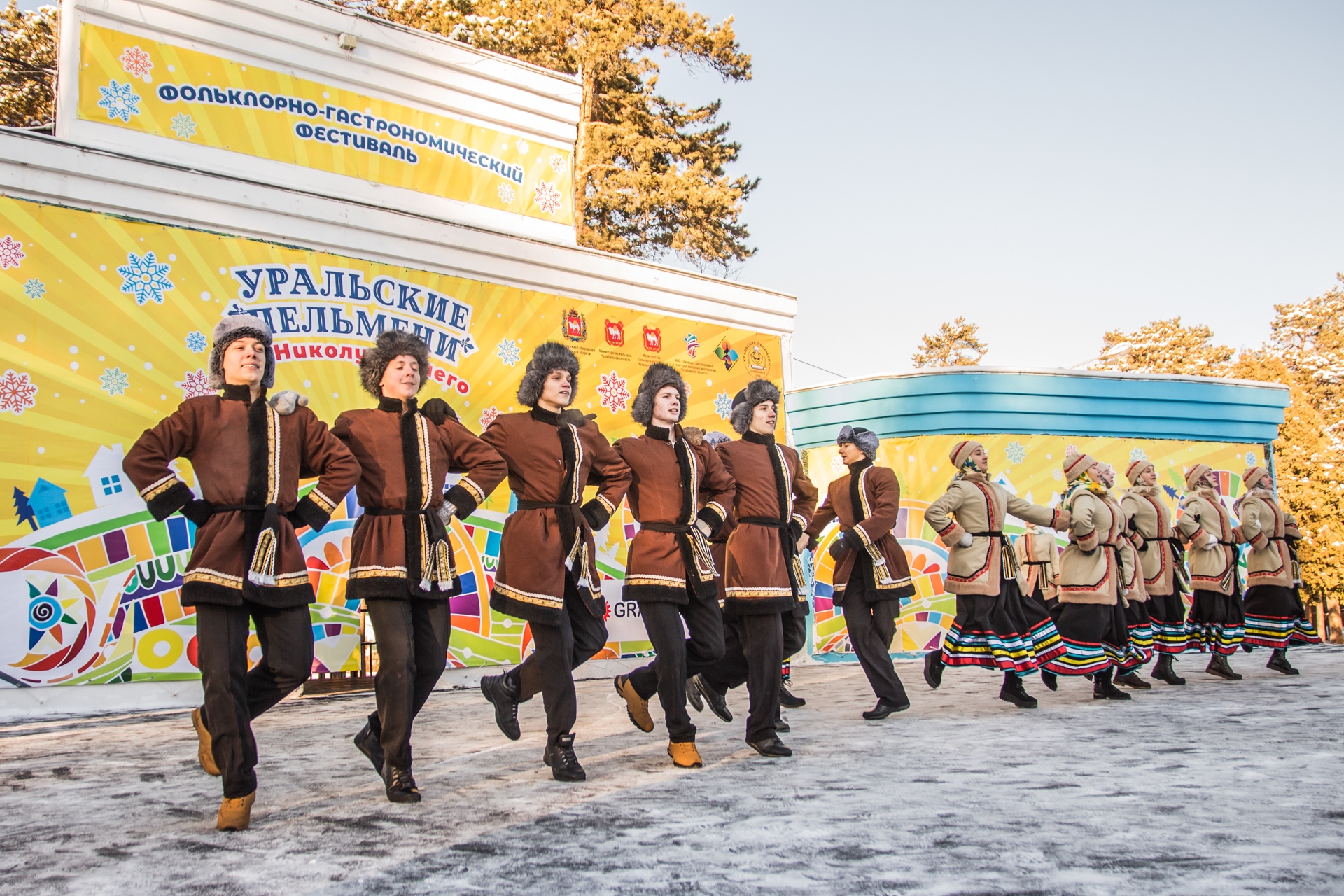 Everything you might need for your New Year's or Christmas feast can be found here, including natural farm products, Ural souvenirs, meat and smoked culinary delights. At the Uralskiye pelmeni restaurant, the most delicious pelmeni are chosen by popular vote.

The festival is always fun and loud. The skomorokhs (wandering actors and minstrels) draw visitors into their dance circles and games, while folk bands perform on the stage.