A Weekend in the Mountains

Anyone who has paid at least one visit to the Bolshoi Iremel Mountain, the main place of power in Southern Urals, has heard of

Sergey and Dasha love travelling in the Chelyabinsk Region. This time, they chose a weekend trip during the golden autumn season. Their plans included visiting Poperechnaya Mountain, the cosy Larkino Gorge hidden among fir and pine trees, and several other landmarks. They set out in their car early on Saturday morning. The M5 highway has pretty intense traffic, so it took them 3.5 hours to get from Chelyabinsk to Tyulyuk Village. After studying the weather forecast, our friends decided to pack warm clothes, waterproof trekking boots, backpacks, a thermos and some snacks for the trip.

"We've already been in Tyulyuk a couple of times in the summer, and climbed Bolshoi Iremel Mountain. This time we decided to slightly change the route and go there in autumn, because we'd learned about a new national park, Zigalga. Plus, there is a new suspension bridge across the River Yuryuzan, which allowed us to climb the ridge and see Poperechnaya Mountain. This is amazing, because the weather in the autumn is much colder, and this way you don't get your feet wet: a huge plus for trekkers like us." 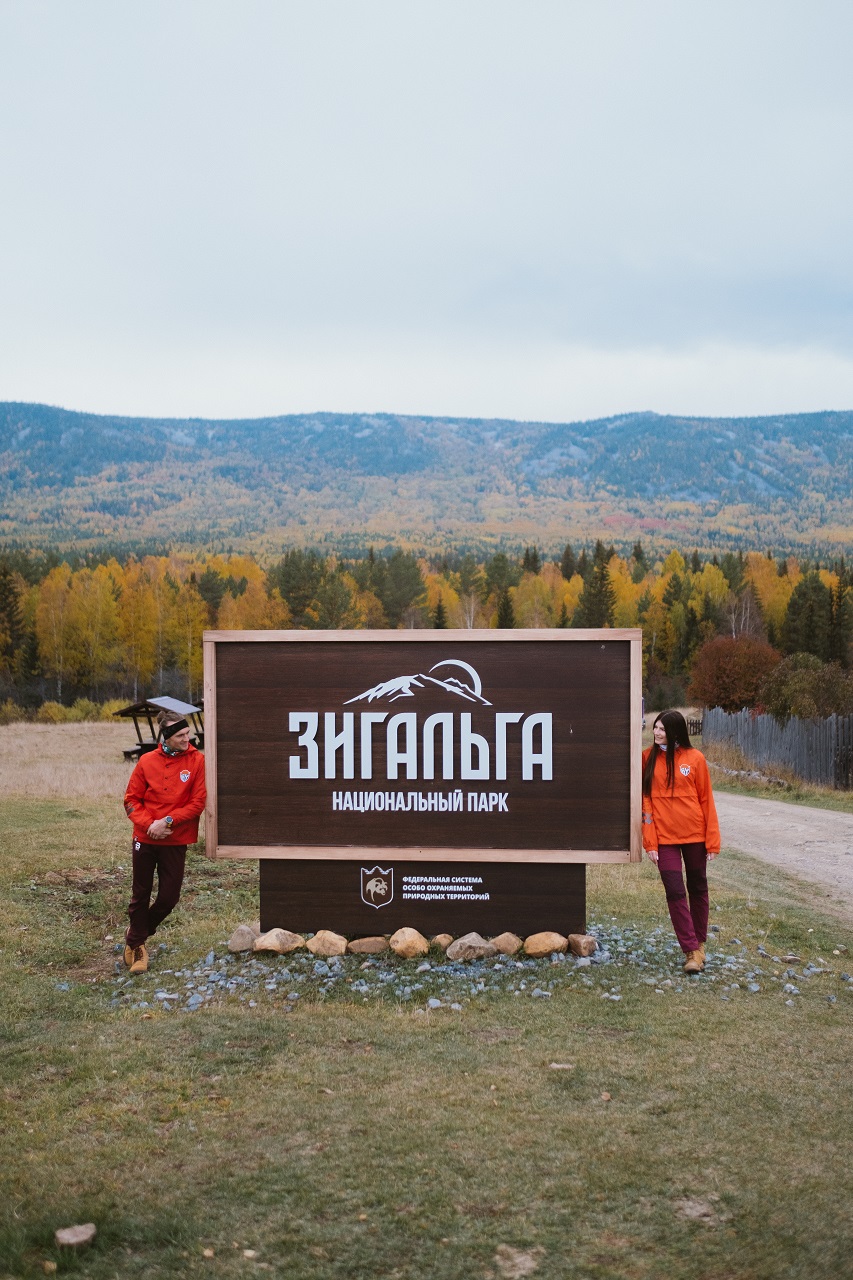 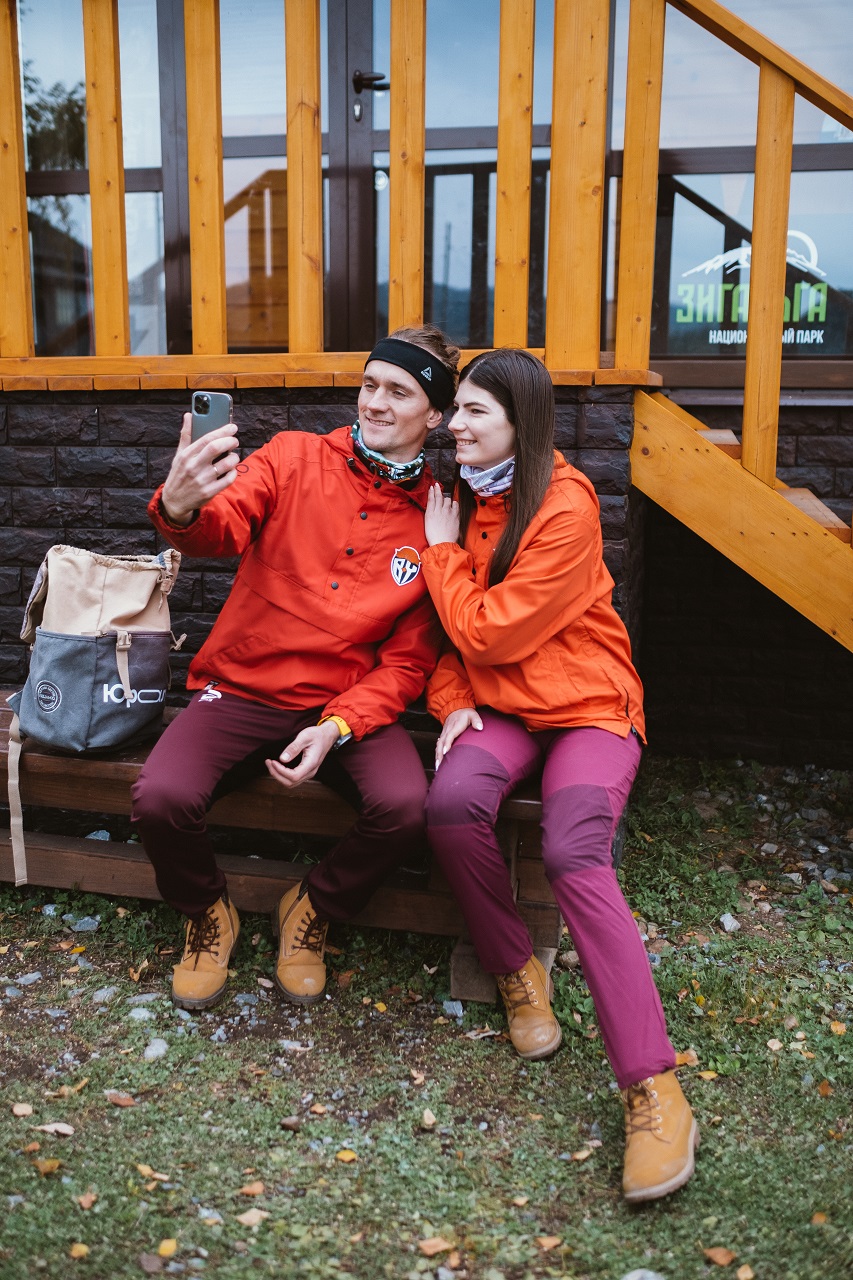 Zigalga is one of the largest mountain ridges in Southern Urals, with a total length reaching 40 km. An eponymous park appeared in the Chelyabinsk Region in 2019. It was meant to form a link between the South Ural Reserve in Bashkortostan, the Zyuratkul National Park and the nature reserve of Iremel. It has its own eco-education centre, which opened quite recently. The first eco-route will be launched in 2022. It will be 4 km long, spanning the bank of the Yuryuzan river.

After reaching the national park, Sergey and Dasha tried out the new suspension bridge across the Yuryuzan. To chase the cold away, they had some hot herbal tea in a riverside gazebo, and then set out to climb the Poperechnaya Mountain. 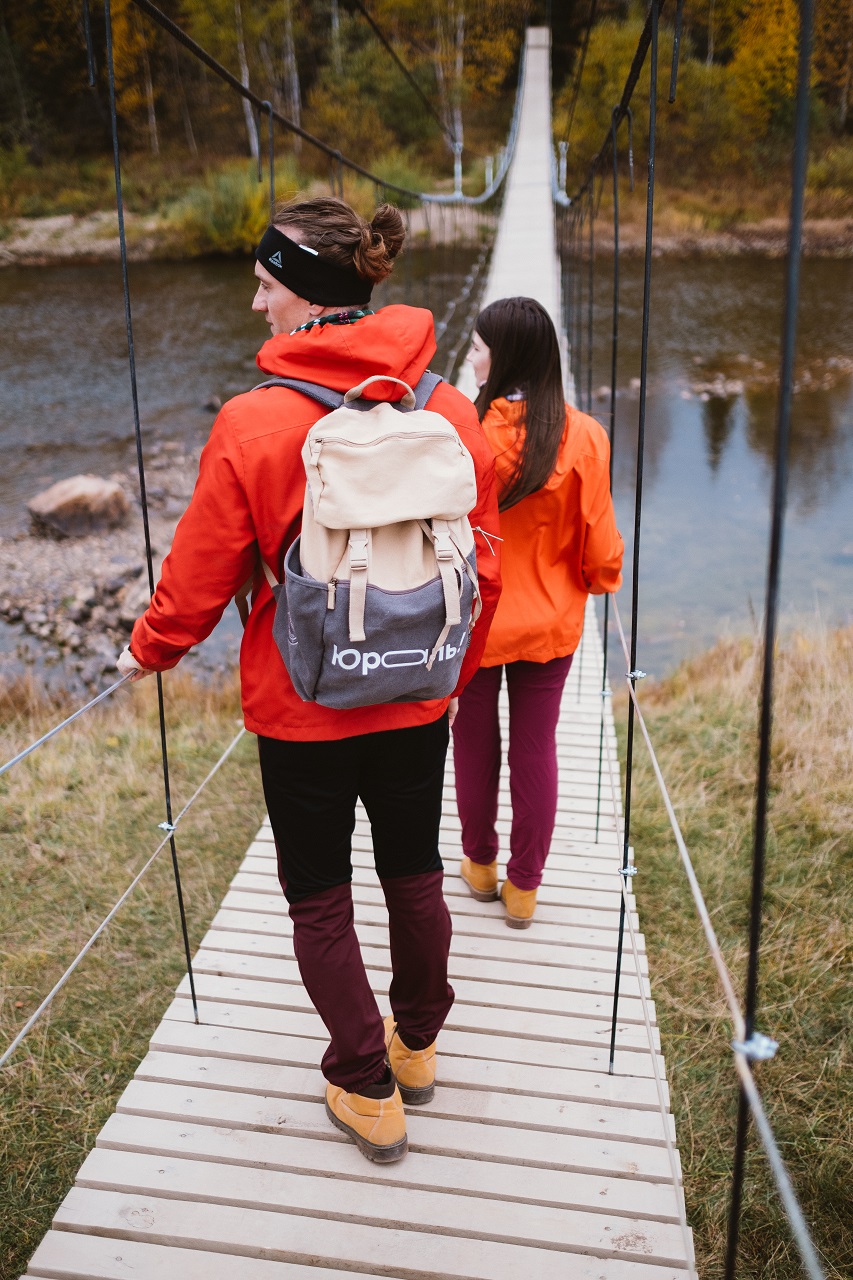 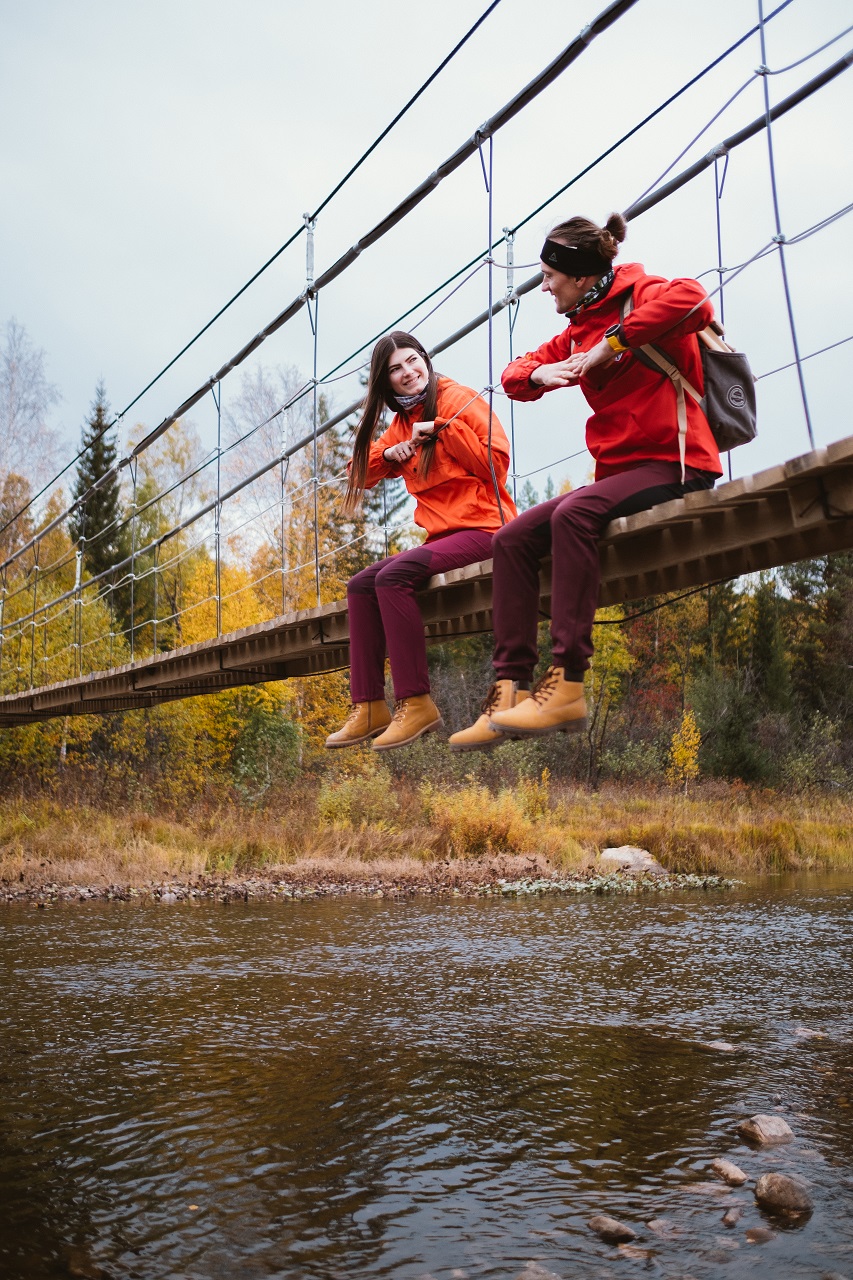 "We are experienced and well-trained tourists, so the ascent to a height of 1389 metres took us only 2.5 hours. We started our journey from Kordonny Village. The distance from the foot of the mountain to its rocky peak is 9 km. From the top, we saw Bolshoi and Maly Iremel, and the Bakty, Nurgush and Uvan ridges. Such a stunning panorama, it takes your breath away!"

Poperechnaya means Crosswise in Russian; the mountain got its name because it cuts crosswise into the Zigalga Plateau. The climb to the top will take you through several natural and climatic zones; you will see mixed forests, dark coniferous taiga, alpine meadows and mountain tundra! 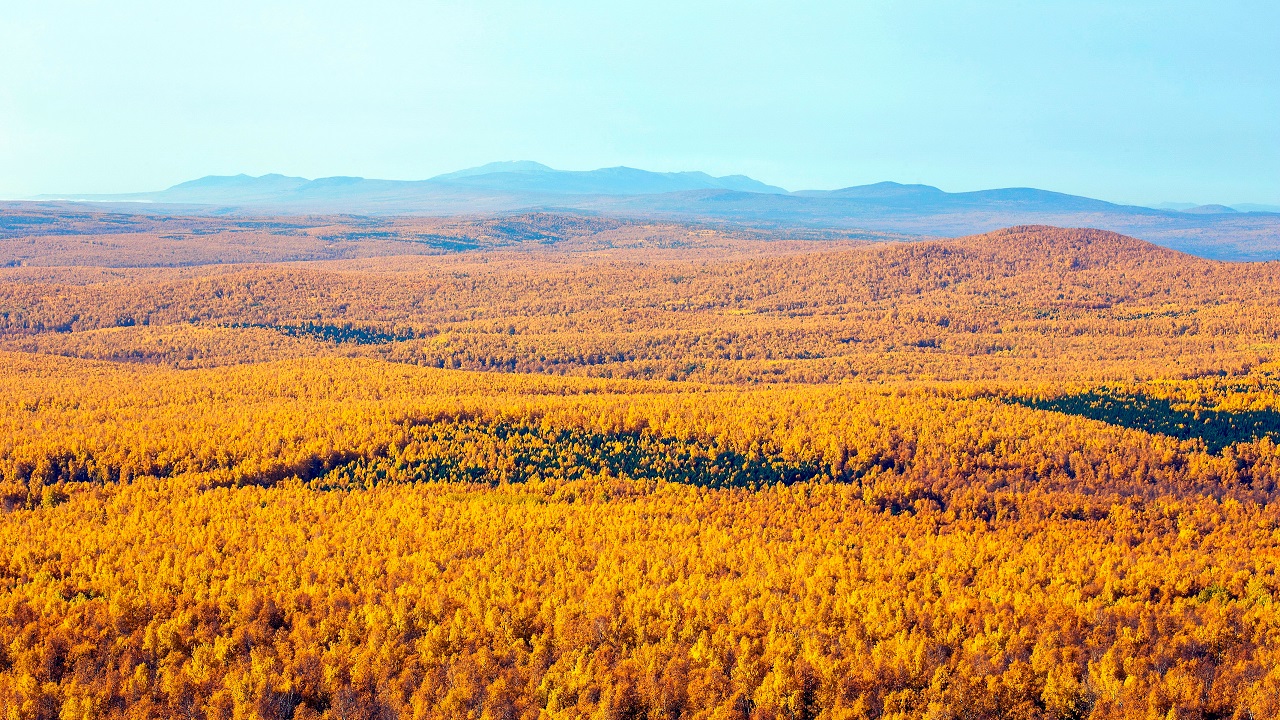 The Zigalga National Park has a number of rules that all visitors must follow:

After making a day-long ascent on Poperechnaya and crossing a distance of nearly 20 km, we recommend that you unwind in one of the guest houses in Tyulyuk Village. Treat yourself to a nice warm sauna, watch the stars, share your best mountaintop pictures with your family, and get ready for a new adventure tomorrow. 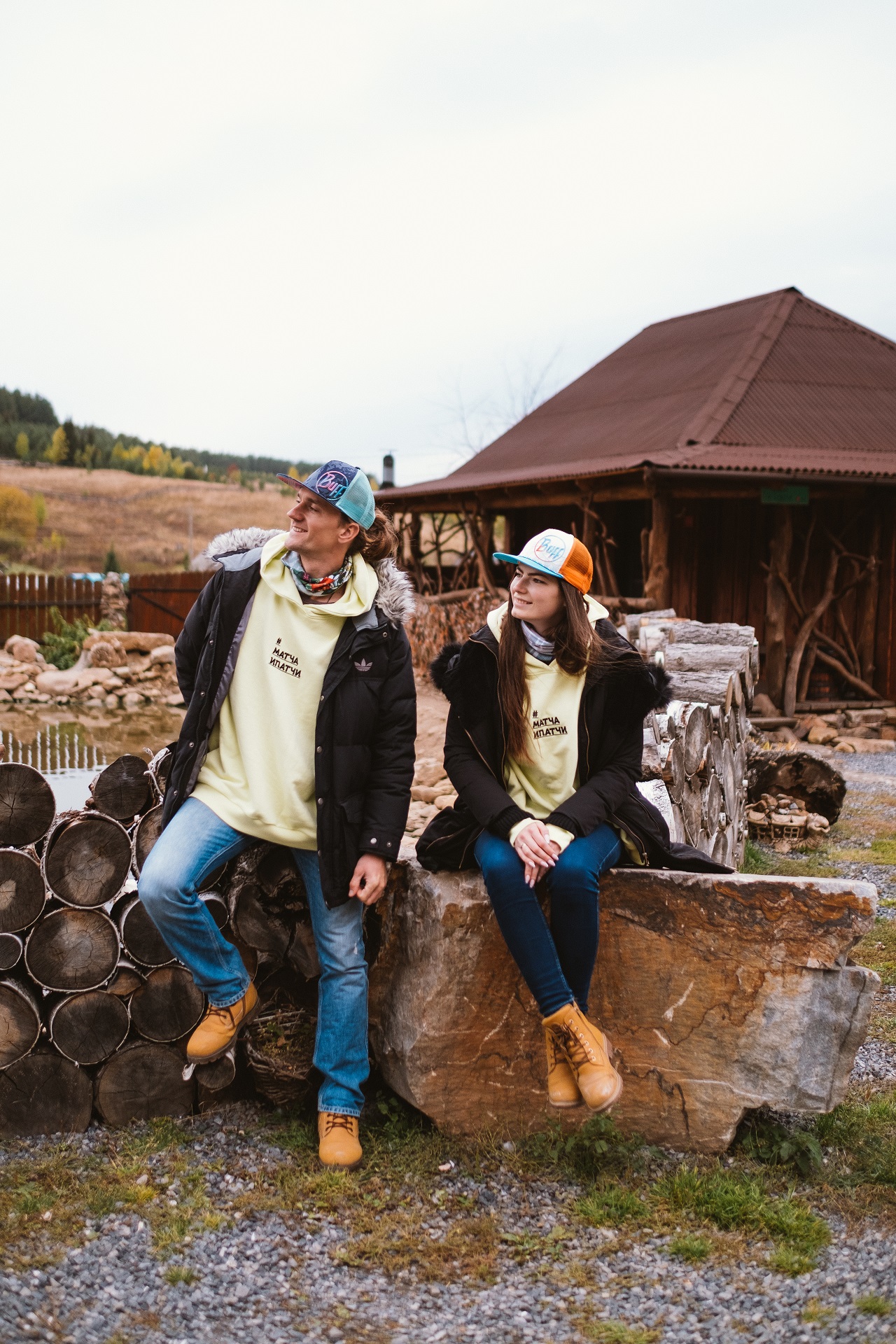 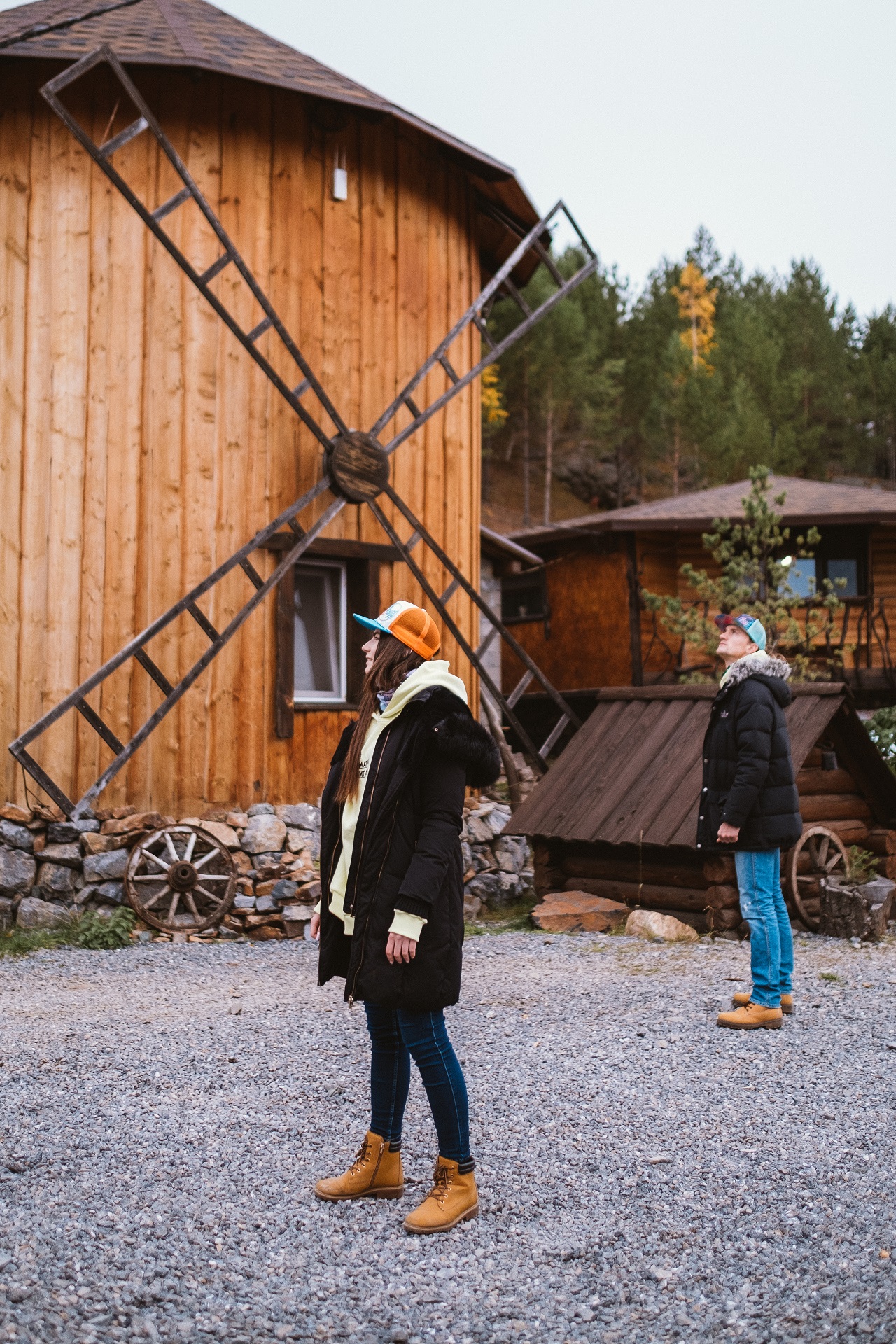 Ural shall always be a mountain wonderland. Not a single ascent, especially in summer, is complete without taking a dip in a cold mountain river. Aside from Yuryuzan, the river that flows at the start of the path to Zigalga Range, you'll also see its right-hand tributary, Tyulyuk. With a total length of about 26 km, it is one of the most highly elevated rivers in the Chelyabinsk Region. Its source lies about 900 metres above sea level. 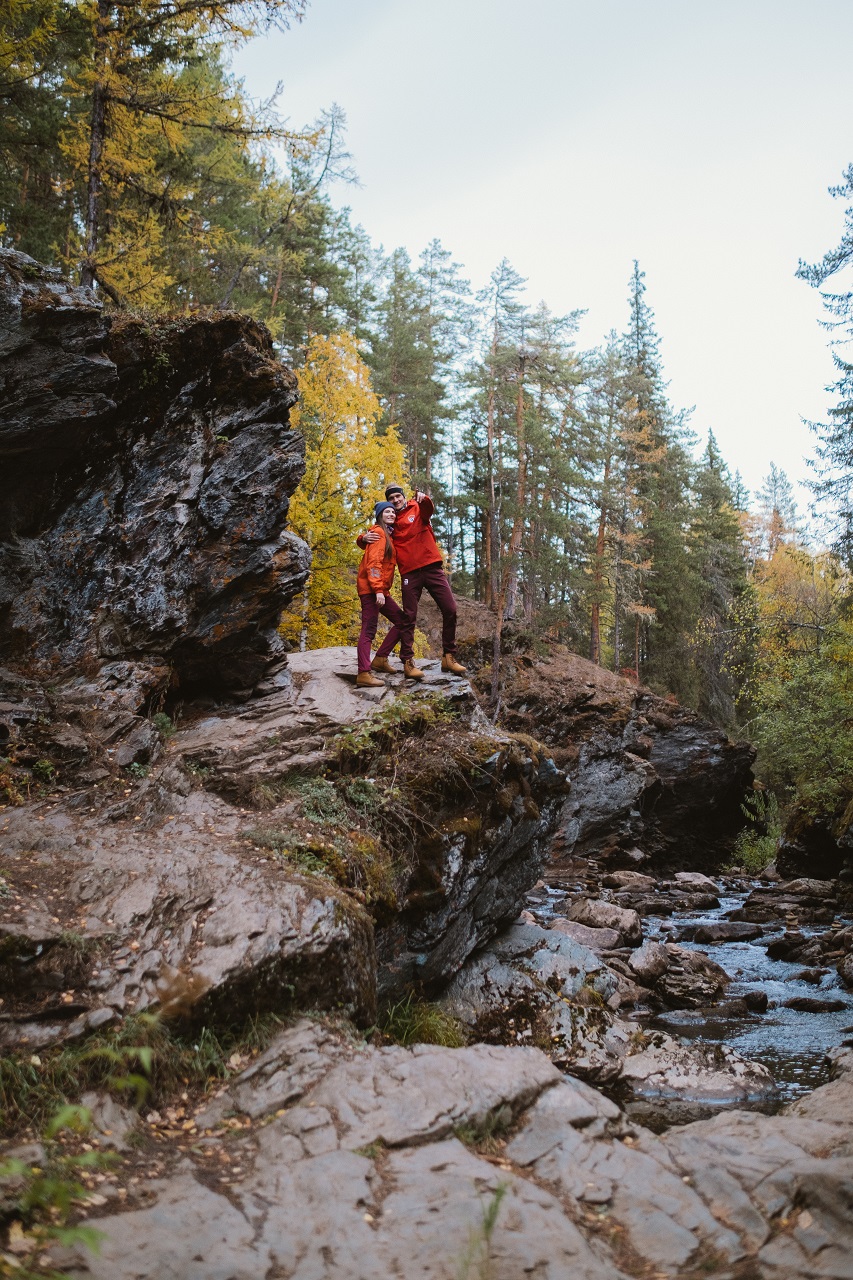 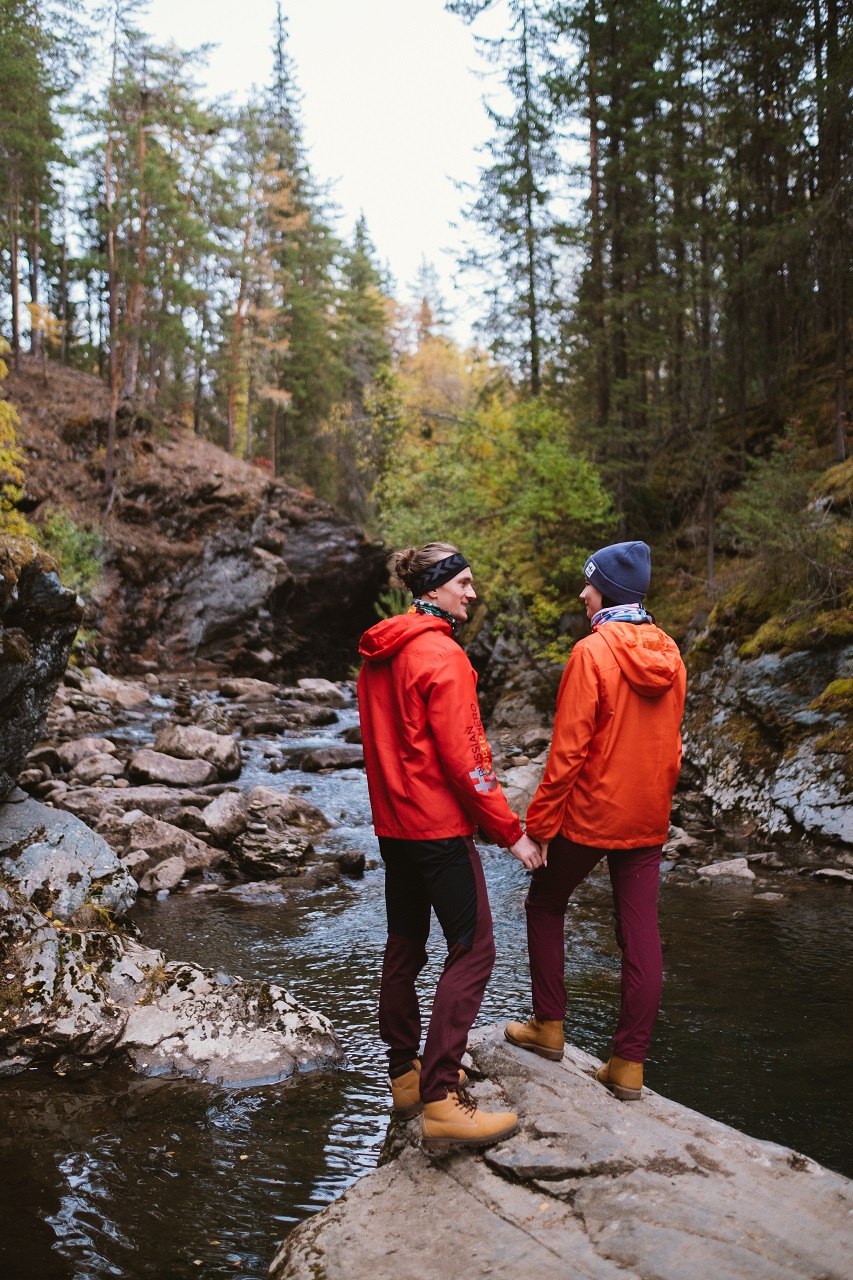 To get to Larkino Gorge, you will need to walk 3 km down a dirt path, which occasionally turns into a rocky road, along the right bank of the river. You can also arrange for an ATV to drop you off from the village: after all, in autumn there's always a risk of getting wet while wading across the river. 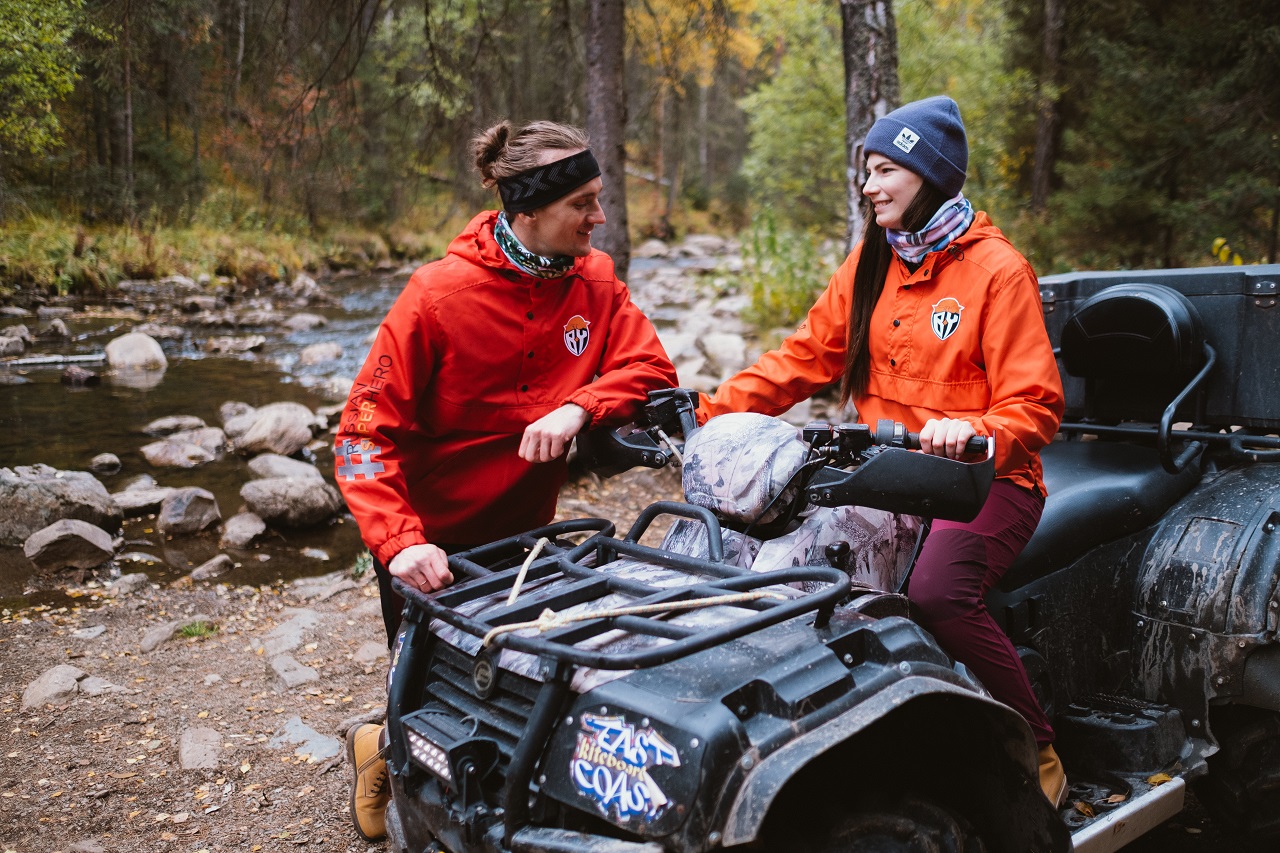 The gorge was named after Larkin, a local peasant and watermill owner, who built his mill among the crags away from the village back in the 19th century. Today, all buildings have been dismantled, leaving us free to contemplate pristine nature, sit down on the edge of a cliff, leap over flat rocks across the river, swim a little in the small pond, and take a breath of fresh pine-scented air.

In the days of old, there were 7 mills in this village. They must have given this mountain, located a bit to the east of Tyulyuk, its name (Mill Mountain in Russian). The locals also call it Pilnaya (Saw Mountain) or Beryozovya (Birch Mountain).

The path starts at the Taiga retreat in Lenin Street. From the village to the finish point, it's just 2 km of low-effort climbing, for which you will be rewarded with a marvellous view from the top. The mountain's height reaches 791 m.

This is where the borders of Southern Urals' two largest national parks converge. Incidentally, this is also one of the few spots in the region from where you can see both the tallest peak in Bashkortostan and the tallest peak in the Chelyabinsk Region, Iremel and Nurgush. 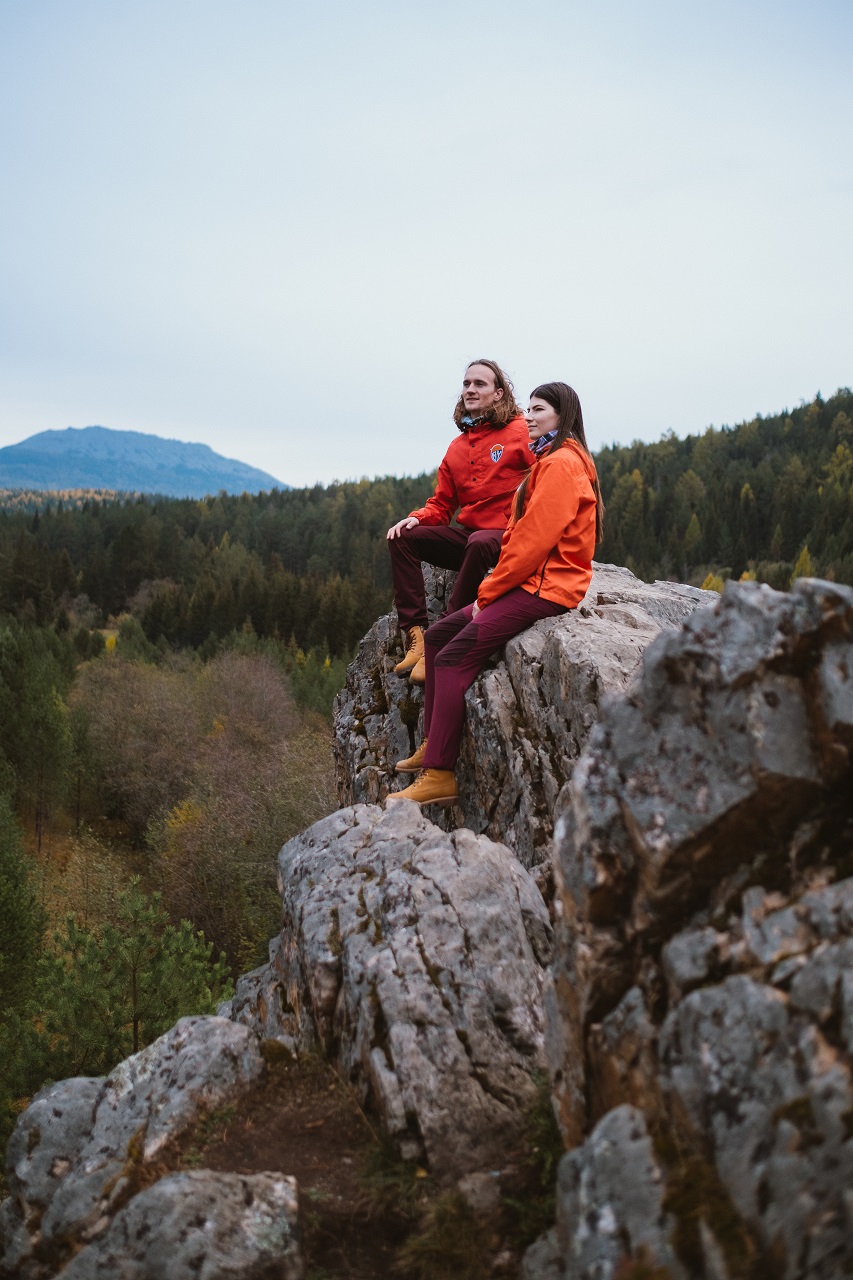 "This place grows on you so much, you really hate leaving. If you stay one day longer, you'll get a chance to explore Iremel. This mountain is a huge source of energy and life force. We tried reaching the checkpoint at Iremel Nature Reserve by taking an UAZ SUV, colloquially known as the bread loaf, from Tyulyuk Village." 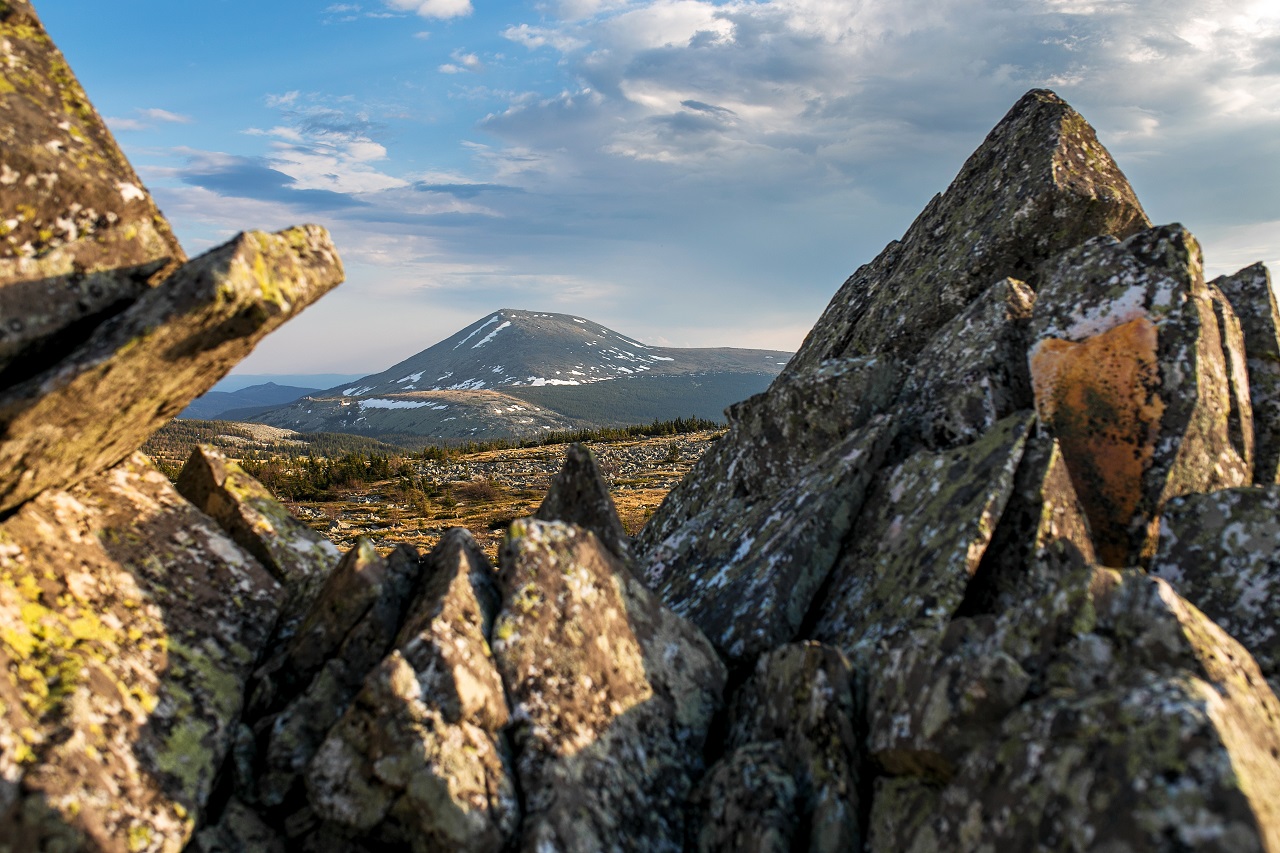 These mountains will give you a real energy boost! And if you decide to stay here for another day and the weather is good, go ahead and climb the region's most famous peak, Bolshoi Iremel (1582 m). This is the second-tallest point in Southern Urals, and a locus of great power, where thousands of tourists come in search for harmony with nature every year. 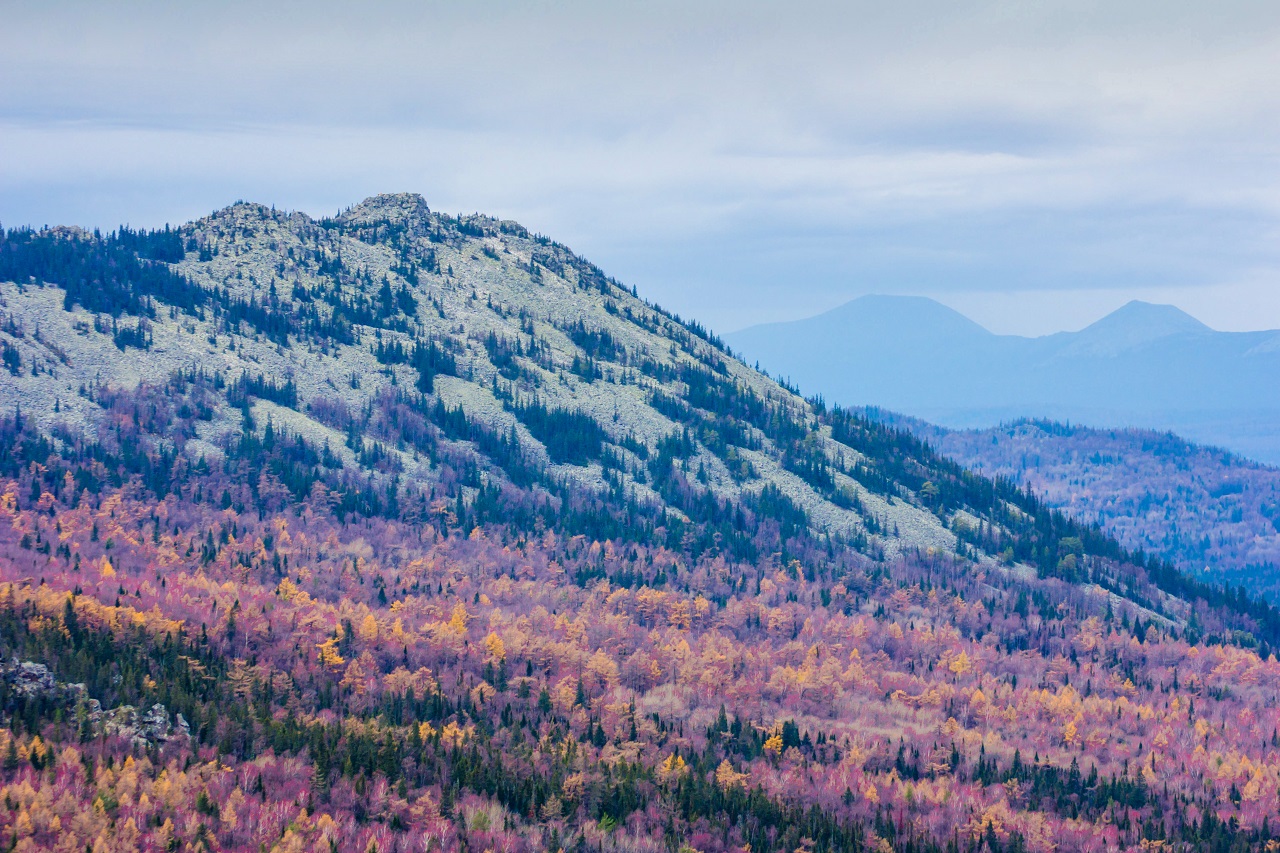 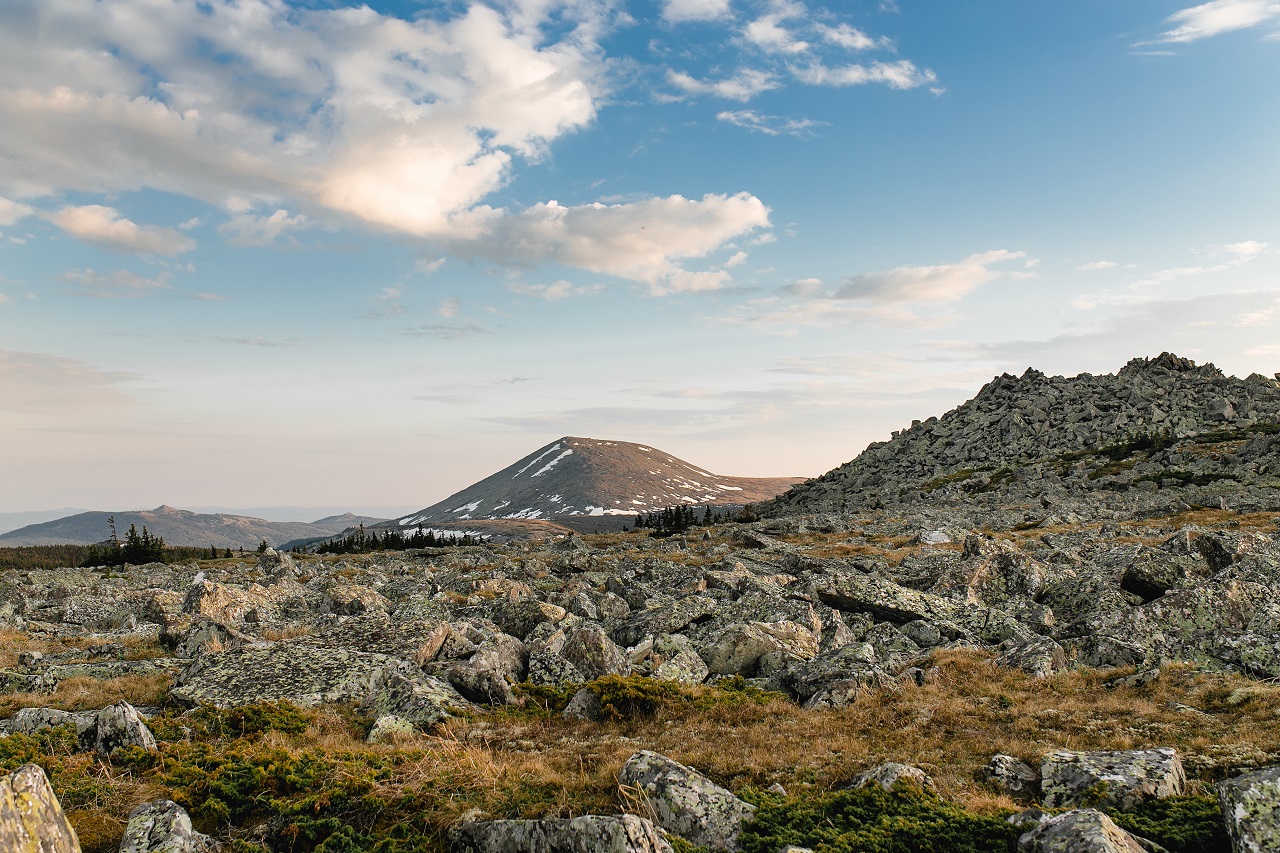 To complete your climb in the Iremel Nature Reserve, you will have to walk 13 km from Tyulyuk Village. The ascent is quite smooth and comfortable. The one-end journey takes about 4 hours. You'll walk about half of the way with little to no effort, passing through a dense forest. After you reach the entrance checkpoint, you will be greeted by a park inspector, who will register you as a visitor and charge a RUB 60 fee (admission to the reserve is free for children under 14). What lies ahead is the most picturesque part of the route: another 6.5 km along rocky paths, about 150 metre over the kurum boulders... and you are on top! The stunning panorama reveals the beauty of Maly Iremel, the Suktash, Zherebchik, Bolshoi Shelom, and Poperechnaya mountains, and the Urenga and Nurgush ridges. And, of course, if the sky is not overcast, you will see Yamantau, the tippety-top of Southern Urals. 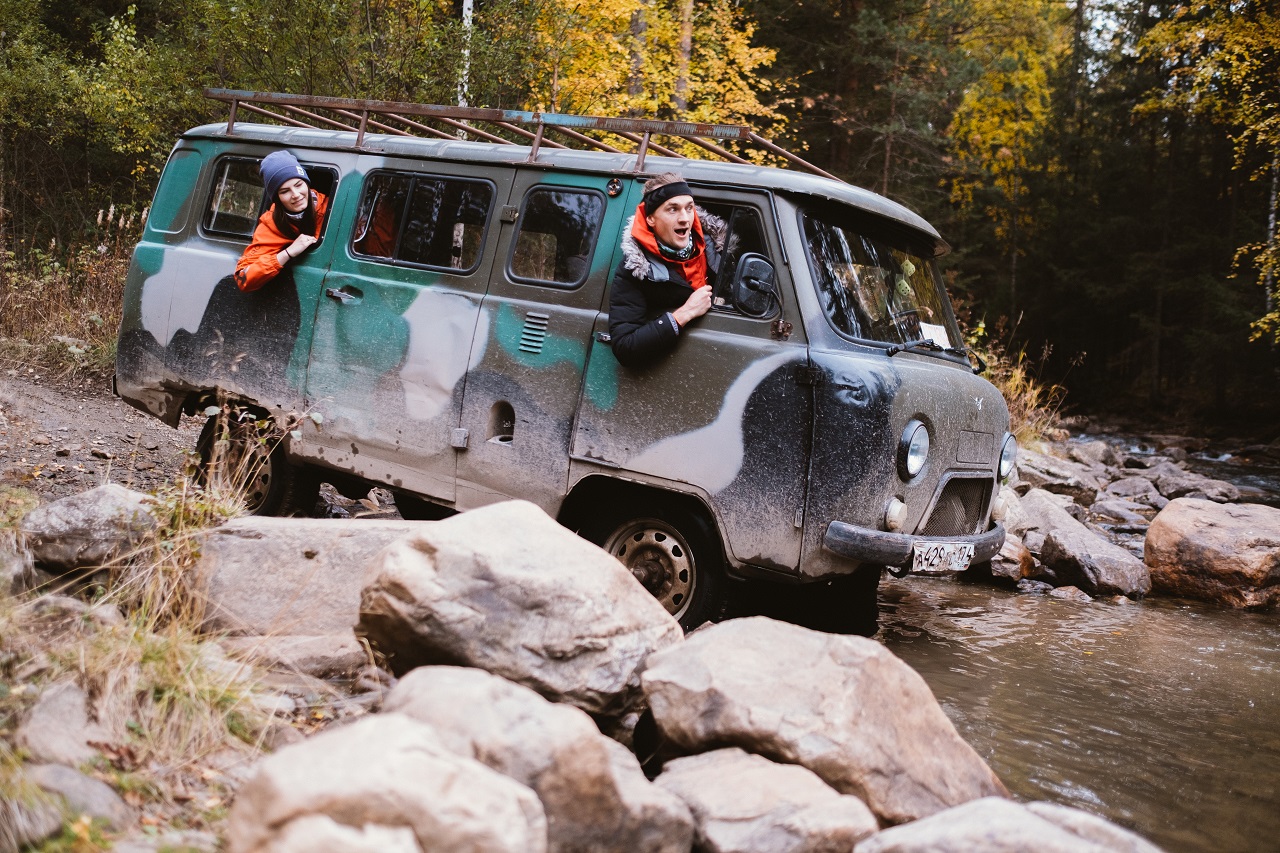 If you don't want to walk all the way, there's a drop-off service. The UAZ SUV will take you as far as the checkpoint; after that, you are on your own. A single trip costs somewhere between RUB 1800 and 2000 (approximately RUB 300 per person).

Network coverage here is very poor, so make sure to make arrangements with the driver for your return journey in advance. In winter, there's an option to rent a snowmobile, which will whiz through the Ural taiga almost to the very top. Regardless of season, Iremel is a magical place!

CHURCH OF THE PRESENTATION OF THE BLESSED VIRGIN MARY

In the heart of Tyulyuk Village, stands a beautiful wooden Orthodox church with elements of old Russian architecture, which is considered an heritage site. Consecrated to honour the Feast of the Presentation of the Blessed Virgin Mary, the church dates back to 1890.

What makes it so special is that it was built out of larch timber, without a single nail. Take a walk across the bridge; when the sun starts setting, you will really appreciate the church's unusual colour. The saturated pink with white accents really catches the eye from afar. Inside, beautiful ancient icons have been preserved. 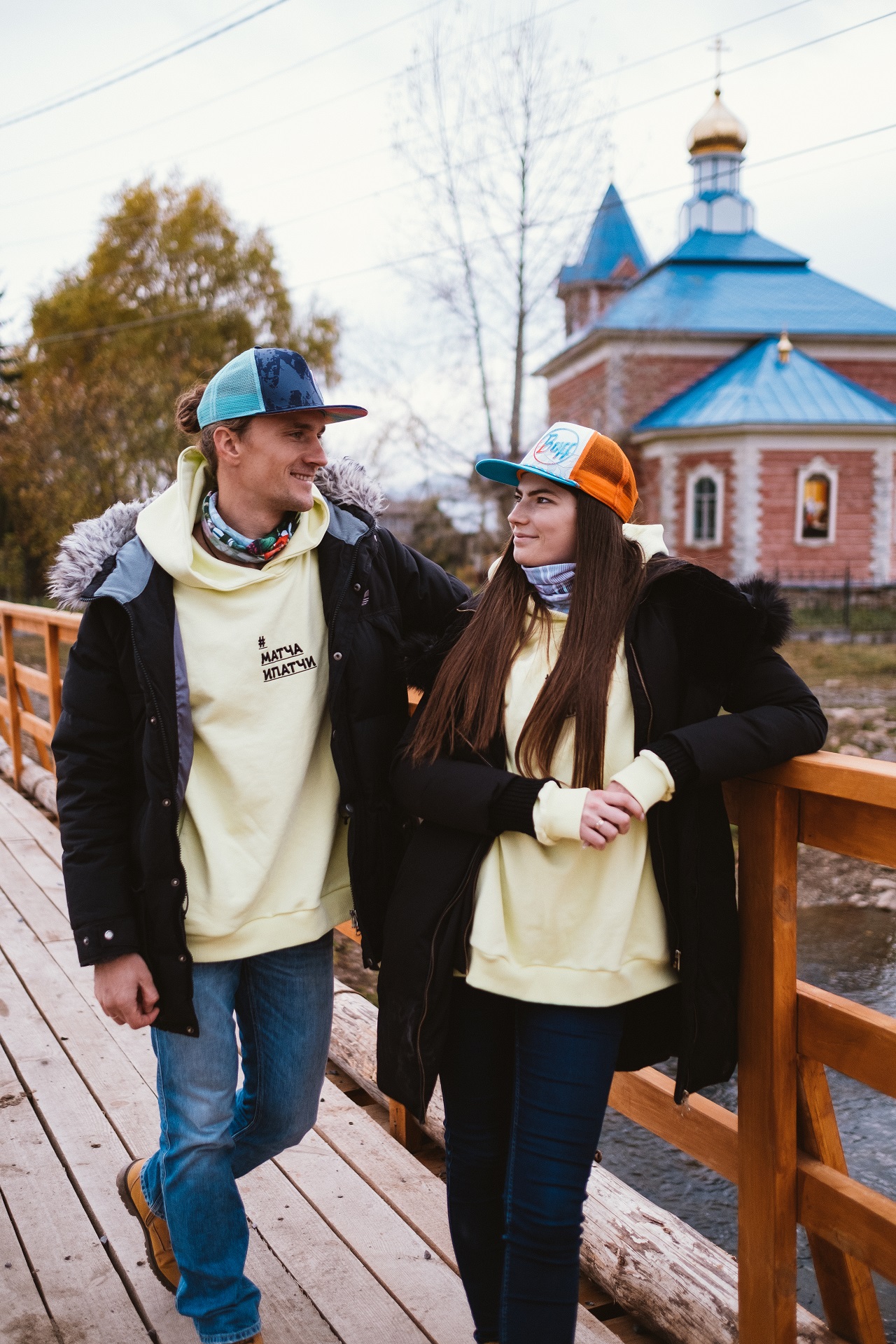 The Chelyabinsk Region, Tyulyuk Village, 1B Sovetskaya Street
All options 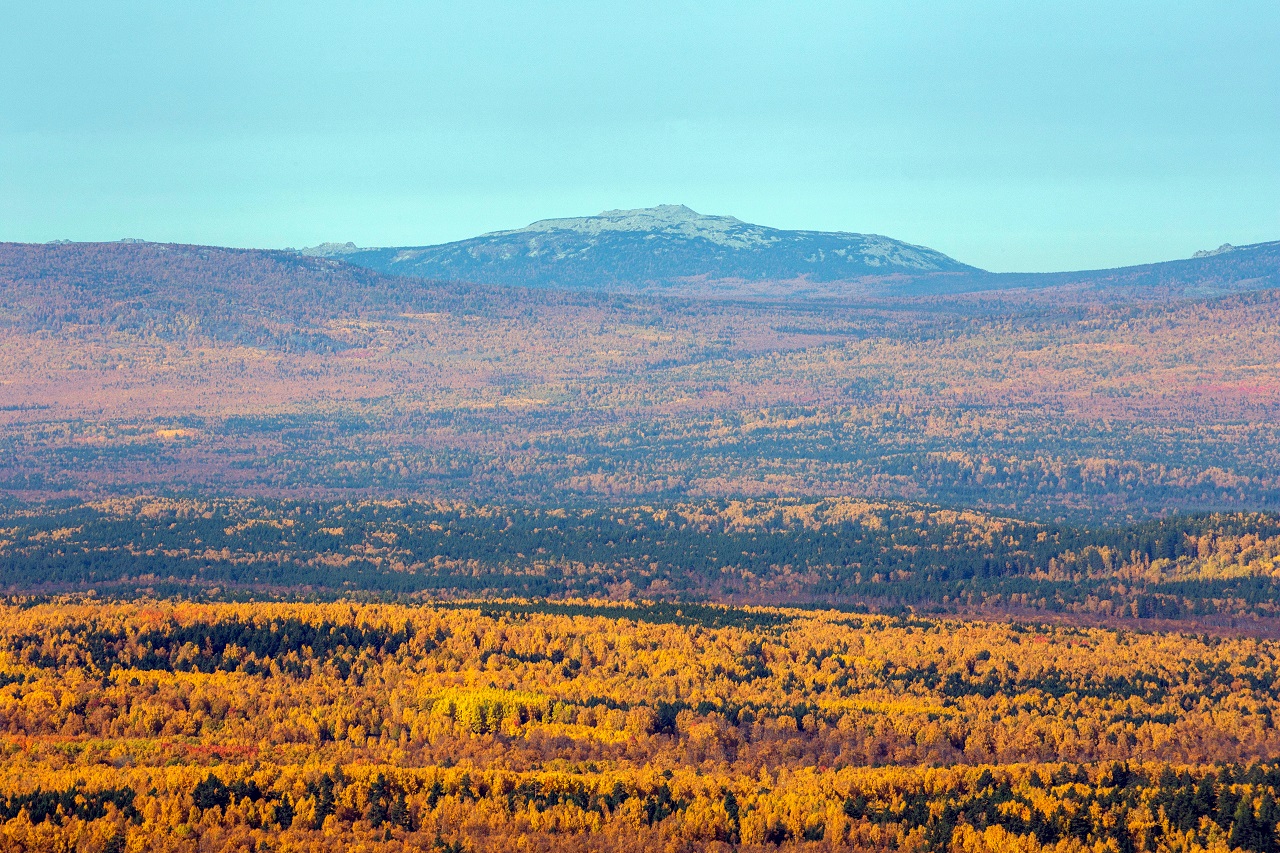 The easiest way to reach Tyulyuk (located in the Katav-Ivanosky District) is by car from Chelyabinsk. Drive straight ahead along the M-5 Highway, them take the Ufimsky Trakt road, passing Zlatoust, Satka and Bakal until you reach the turn towards Pervukha and Meseda. From that point, it's 25 km down an unpaved road until you find the village. The distance from Chelyabinsk is 250 km. Travel time is about 3-4 hours.

You can take a train to Vyazovaya Station, then catch a taxi to Tyulyuk Village.

You can also get from Chelyabinsk to Tyulyuk by bus, with an organised tour group. Public transport will take you as far as Katav-Ivanovsk. At the local bus terminal, you will have to change to bus No. 397. It's best to consult the bus schedule in advance. Remember that public transport runs to Tyulyk just once a week, on Tuesdays. The distance is 70 km. Travel time is about 1.5 hours.

Taxis also run to Tyulyuk Village from Sakta and Bakal.