The city of Zlatoust is located on the border of Europe and Asia and surrounded by the mountain ranges of Bolshoy Taganay and Urenga. It is famous not only for its natural sights but also for the skill of its gunsmiths; the first steel cannons were cast here. Weapons crafting still lives on. The designers of unique knives will tell you why the Zlatoust samples are renowned and highly valued.

Zlatoust was founded in 1754 as a village at an arms factory that produced bladed weapons for the Russian army: sabres, swords and daggers. Nowadays it is an industrial city, where ancient blacksmithing traditions are carried forward by next generations: there is a machine-building plant that produces missile systems for the Russian Navy, a metalworking plant, an arms plant and factories for smelting special steel, bronze and cast iron.

A local attraction is the highest-altitude tram line in Russia, running across the Verkhnezavodskaya Dam. This unique facility was built in 1754 from wood to supply water to the blast-furnace shop of the factory. Later it was replaced with impressive reinforced concrete structures. Tram 3 goes to the city centre. We suggest that you start your journey with the City Museum of Local Lore. 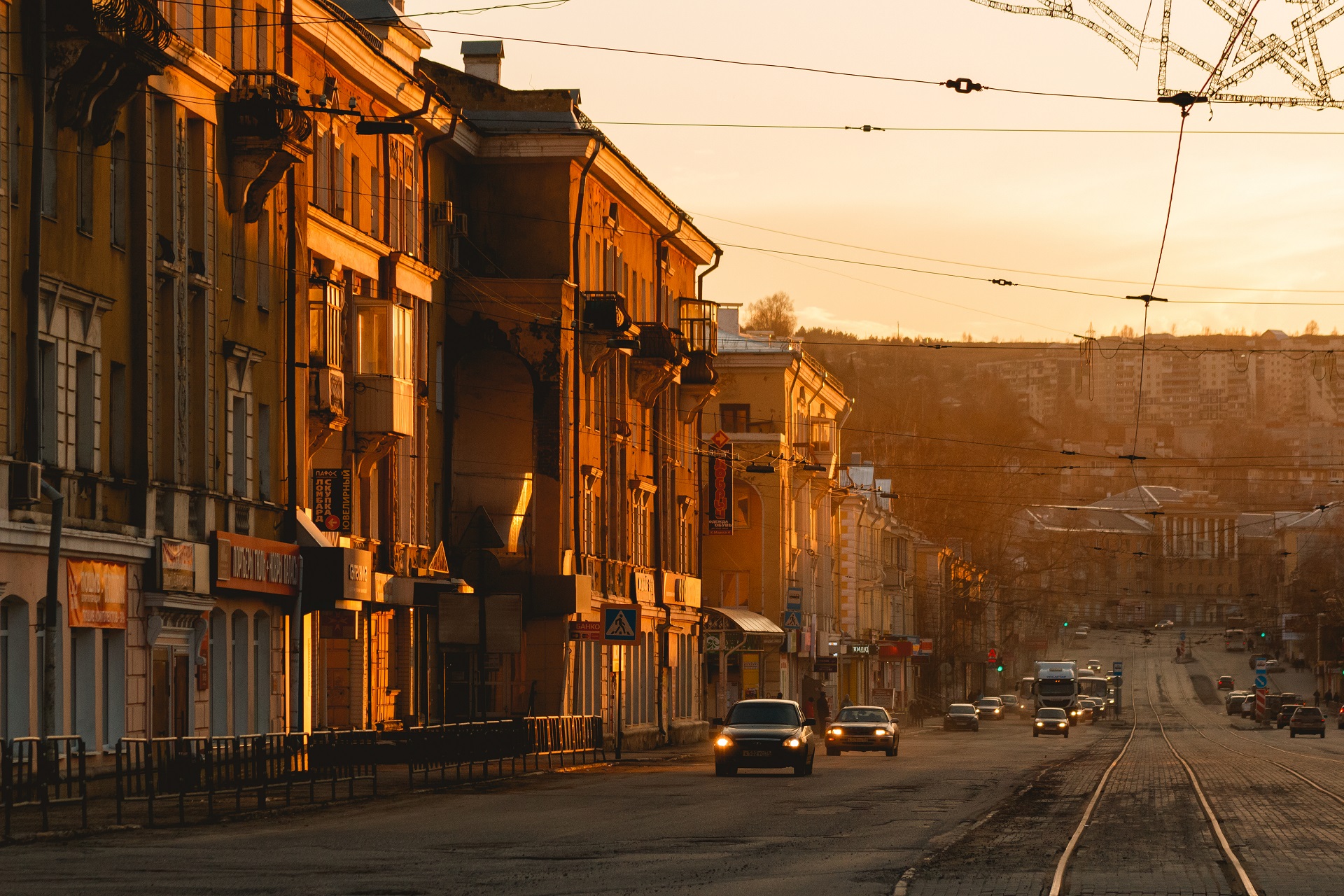 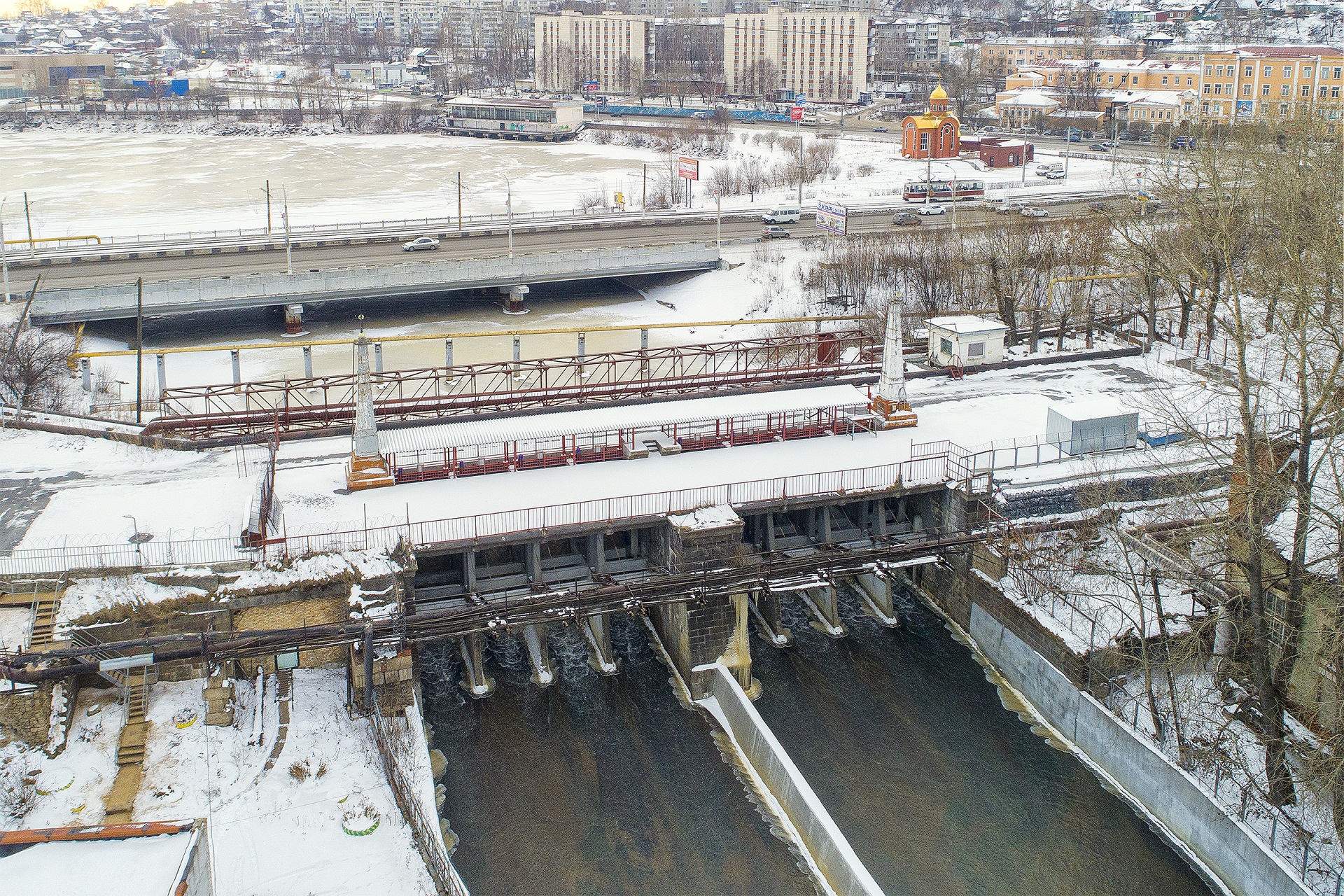 The museum halls display expositions that describe the history of the city in detail, which is closely associated with smelting and metal processing. Nearby you will find the Museum of the Zlatoust Arms Factory, established over 200 years ago and still in operation. The rare museum collection of bladed weapons includes knives, dirks, daggers, sabres, swords, axes, small arms and exclusive gift sets. The souvenir shop offers products made at the factory: knives, engraved plates, dishes and souvenirs. Here you can also see a monument to Pavel Petrovich Anosov, the famous metallurgist, who created Russian damask steel.

The Zlatoust arms factory produced swords for the Presidential Regiment. A sample sword is presented in the State Armory of the Moscow Kremlin. The sword was designed by Yuriy Ryabkov, a designer of unique bladed weapons, who also invented examples of the admiral's dagger and telescope, which are kept in the Central Naval Museum in Saint Petersburg.

According to gunsmiths, little has changed in this industry over the past two centuries, only mercury gilding and cinnabar were replaced with safer modern materials. Before starting a new work, craftsmen study the history and prototypes of weapons, draw sketches of a sample, make drawings and only then give it to a blacksmith-metalworker. The resulting product is polished and sent to artists for decoration. 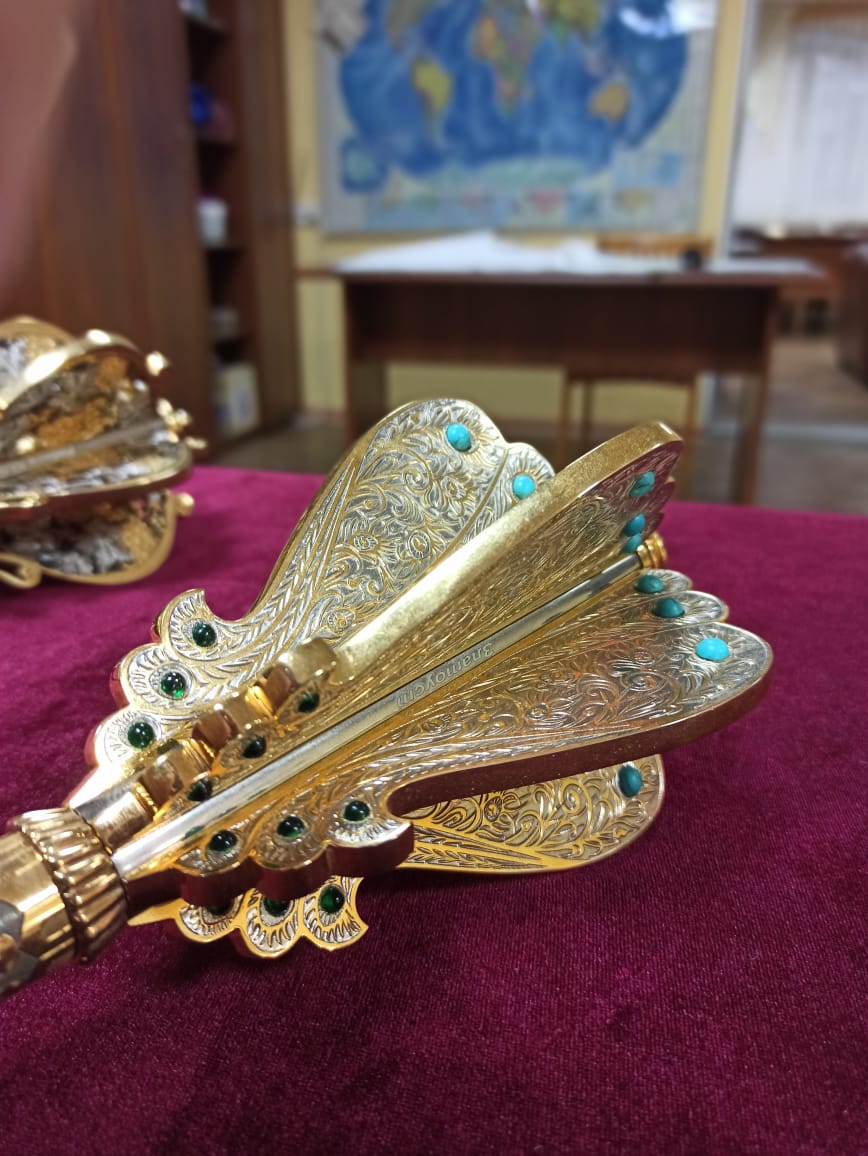 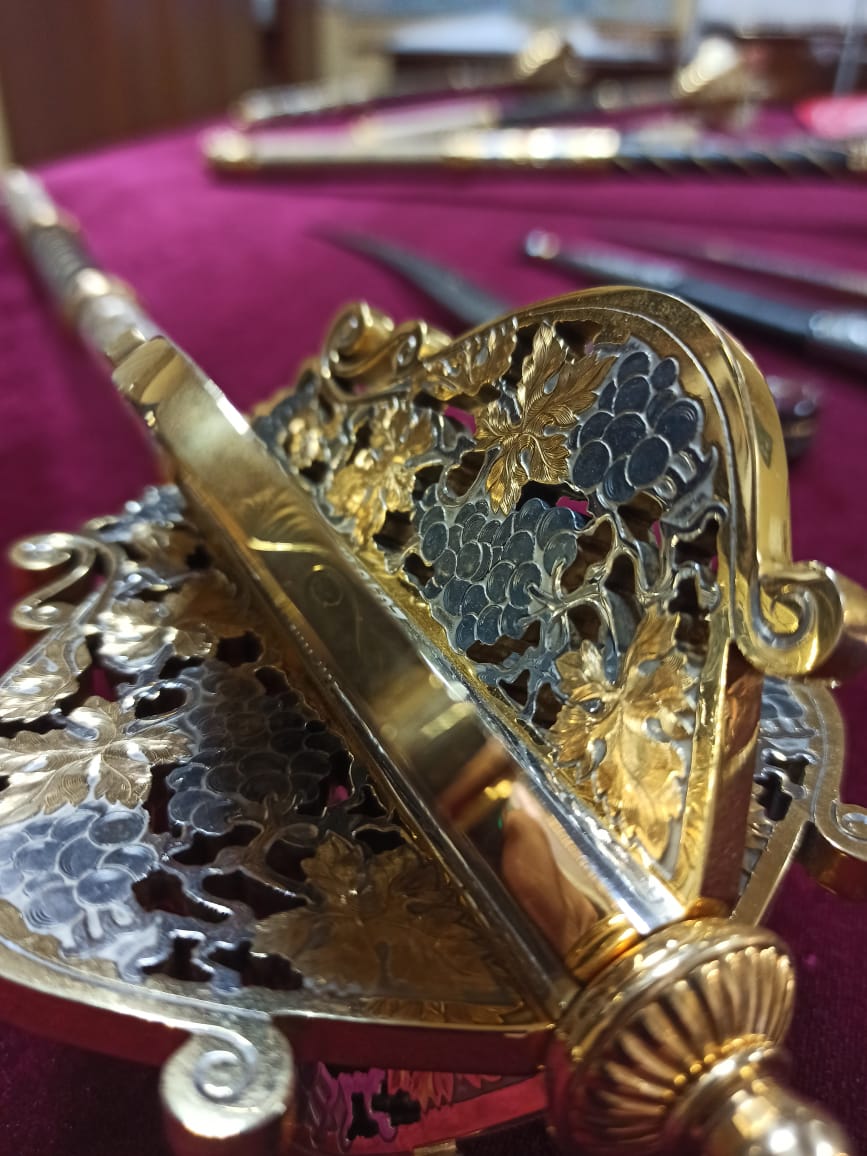 The AiR weapons production facility operates in the southern part of the city. It was here that the serial production of simple and reliable sporting, carving and camping knives was first launched. To make a knife, craftsmen need about 30 days, starting with cutting the shape of the blade and ending with its sharpening. In their work, gunsmiths rely on their experience and knowledge of the history of bladed weapons in Russia, take the production process seriously, constantly improving their skills and also experiment with new materials and introduce new designs. 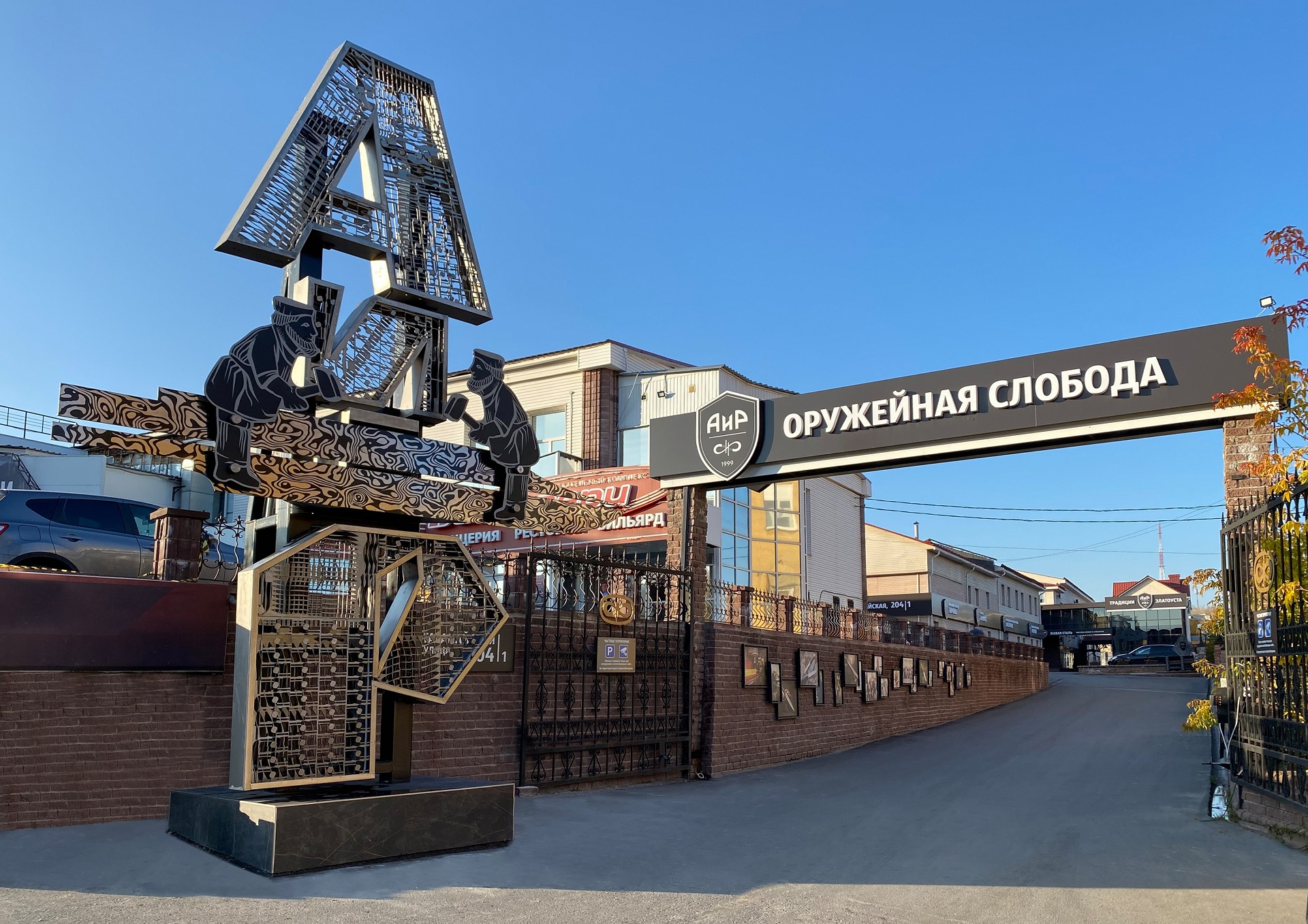 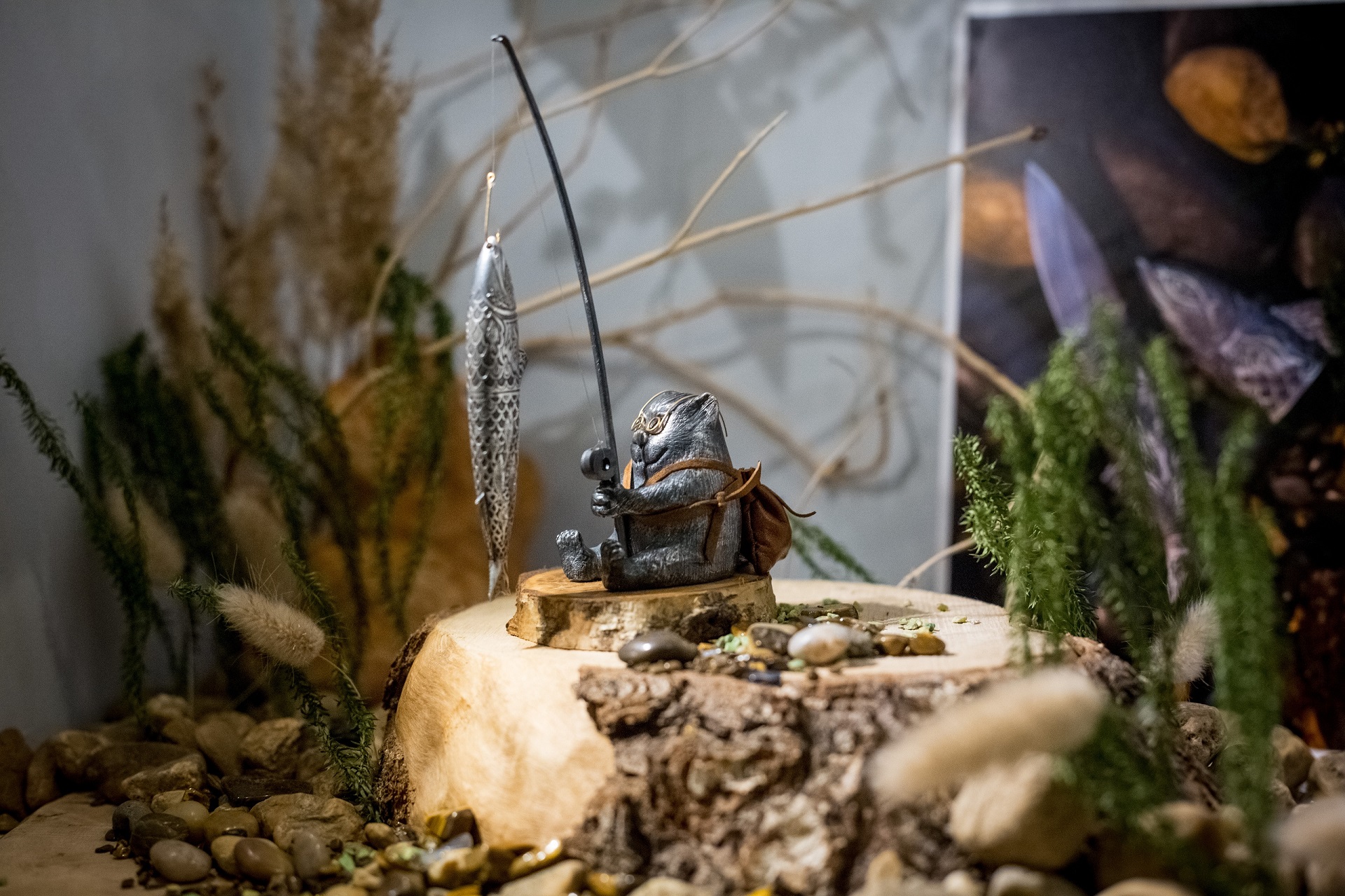 In the production of knives, they use 15 grades of steel, including the Damascus steel ZLADINOX produced in-house and more than 30 types of natural and synthetic materials for handles. For example, the most popular model, Bekas, has over 2,000 configuration options.

The arms settlement AiRovka is a popular place among locals and tourists. Here you will see the historical reconstruction of a handicraft-focused settlement, recreated according to old drawings – that is, a settlement of gunsmiths and blacksmiths. Visitors are invited to try on the role of a blacksmith: to forge a knife, 'grow' a forged rose or go down to the mine to get some iron ore. Next to the settlement there is the Zhivaya Stal (Living Steel) exhibition hall and store, offering a large selection of Zlatoust knives and decorated bladed weapons. 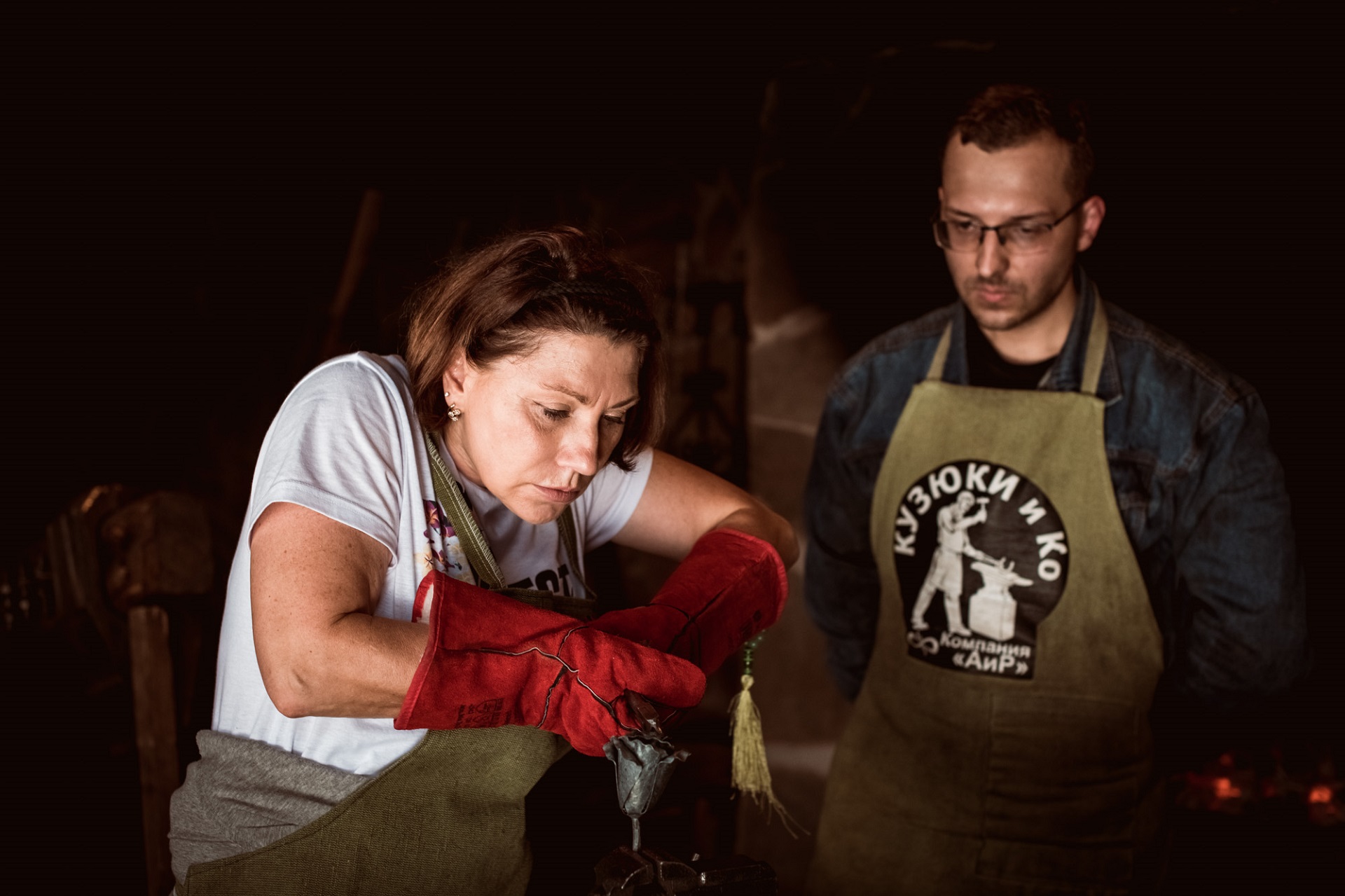 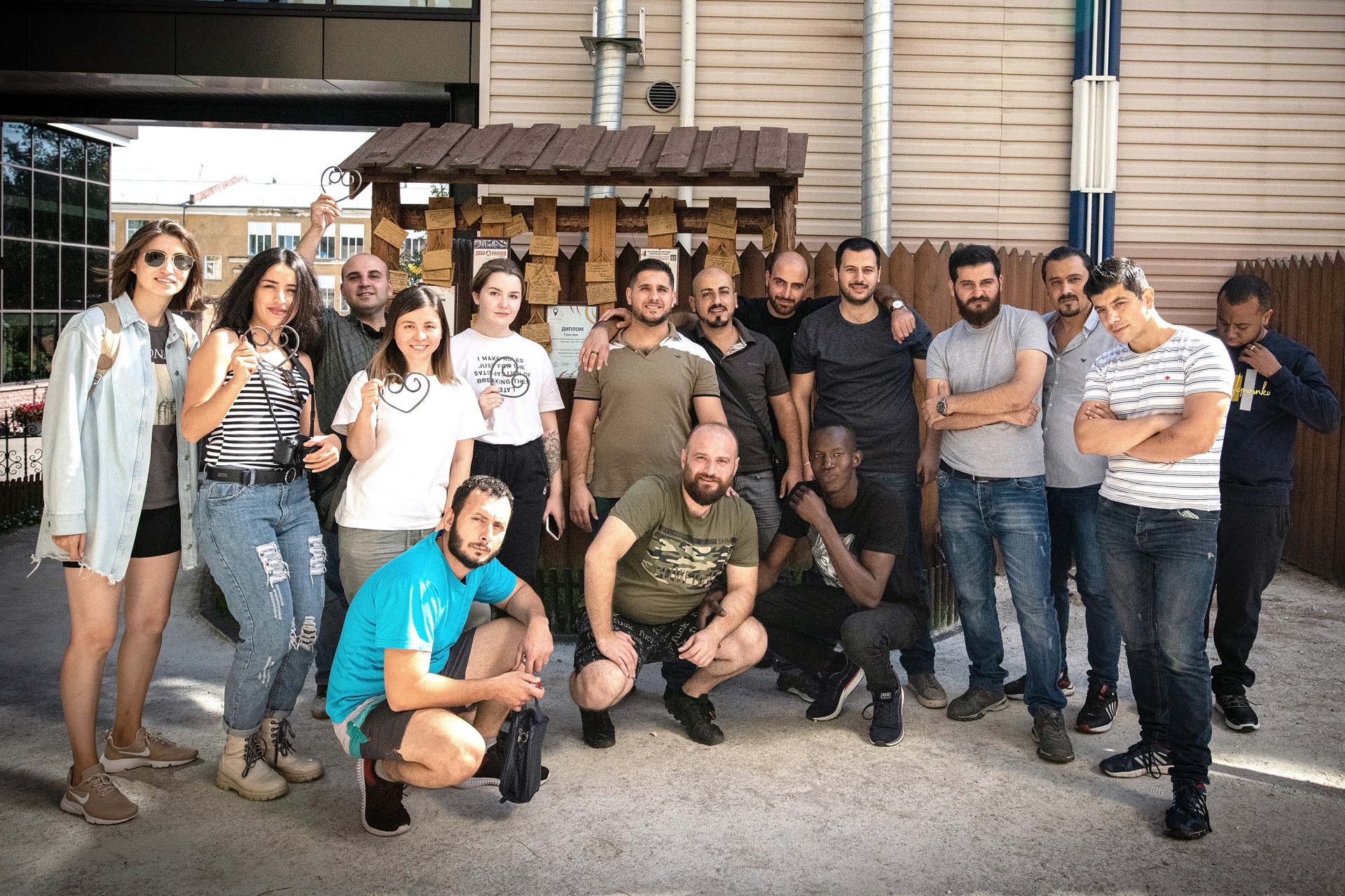 Another project of the AiR plant, which has become Zlatoust's landmark, is the two-metre high coin Happy Kuzyuk. In the old days the original residents of Zlatoust were jokingly nicknamed 'kuzyuks', an abbreviation of the Russian name State Ural Plants (KUZ), where most of the townspeople worked. You can buy a souvenir coin denominated 'One Happy Kuzyuk' in souvenir shops.

After visiting the city centre and arms factory, you might want to go to the village of Krasnaya Gorka. The village's sights include the Bell Tower and the Chapel of St John Chrysostom. A spiral staircase of 184 steps climbs to a height of 36 metres. You can climb even higher than the observation deck, make a wish and ring the bell. Locals guarantee that it will definitely come true. 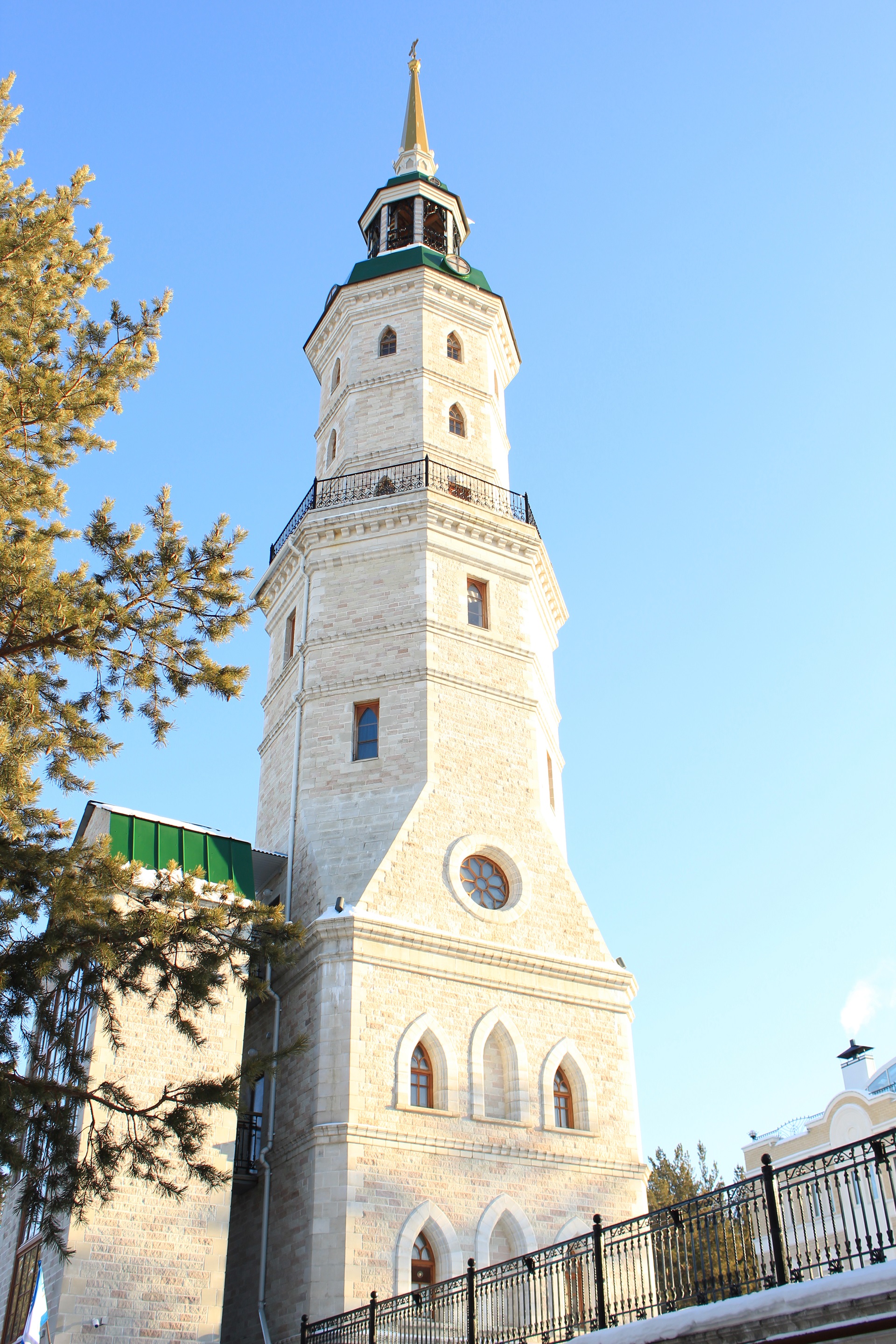 The famous Pavel Bazhov Mountain Sculptural Park is located next to the Bell Tower. This is a place to meet the characters from the Ural tales of the writer's stories. Both adults and children will appreciate the forged and wooden sculptures of Ognevushka-Poskakushka, Silver Hoof, Muryonka the Cat, the Mistress of the Copper Mountain and other fairy-tale characters. In Pavel Bazhov Park, you can also visit the Museum of Gems with its collections of various minerals. 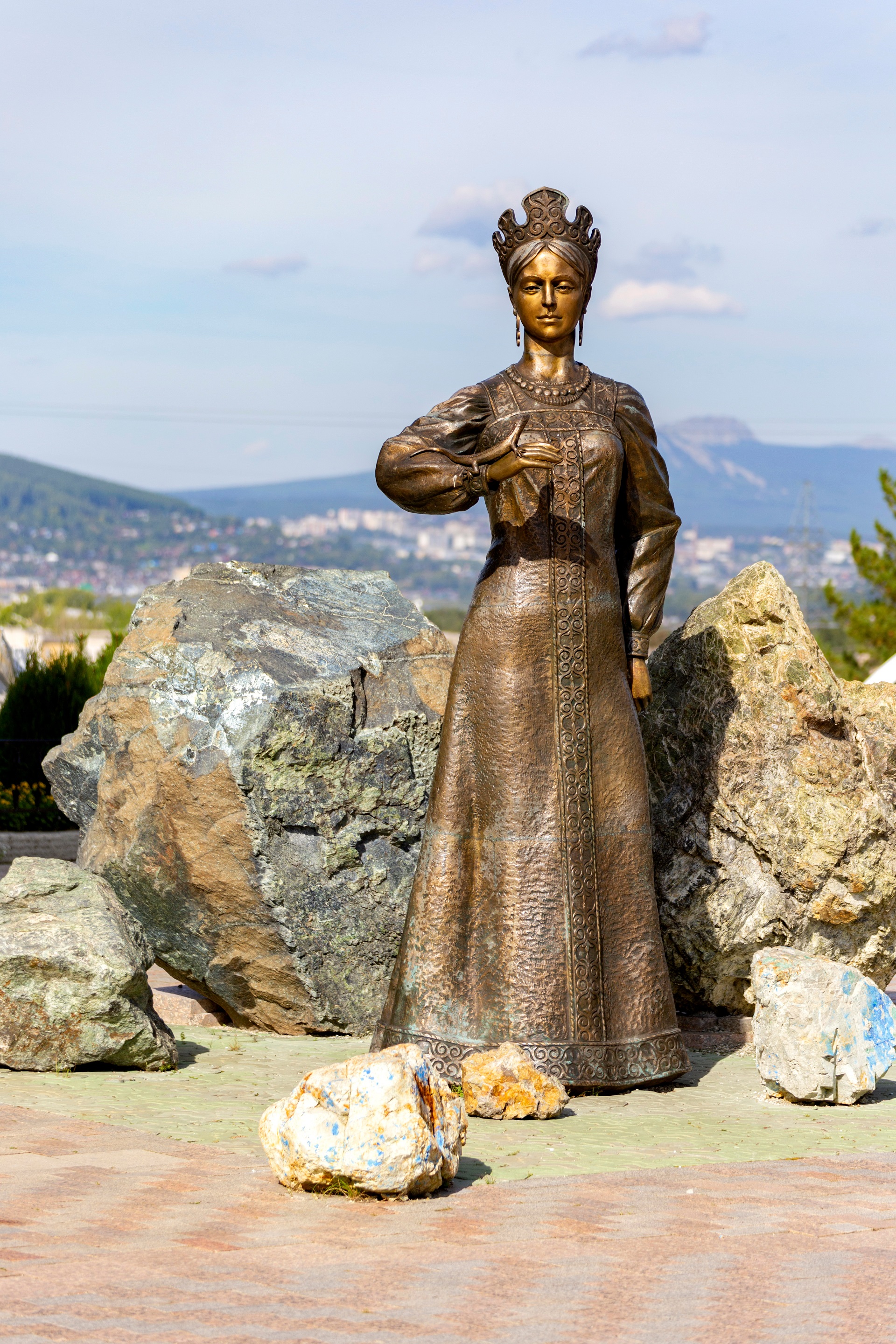 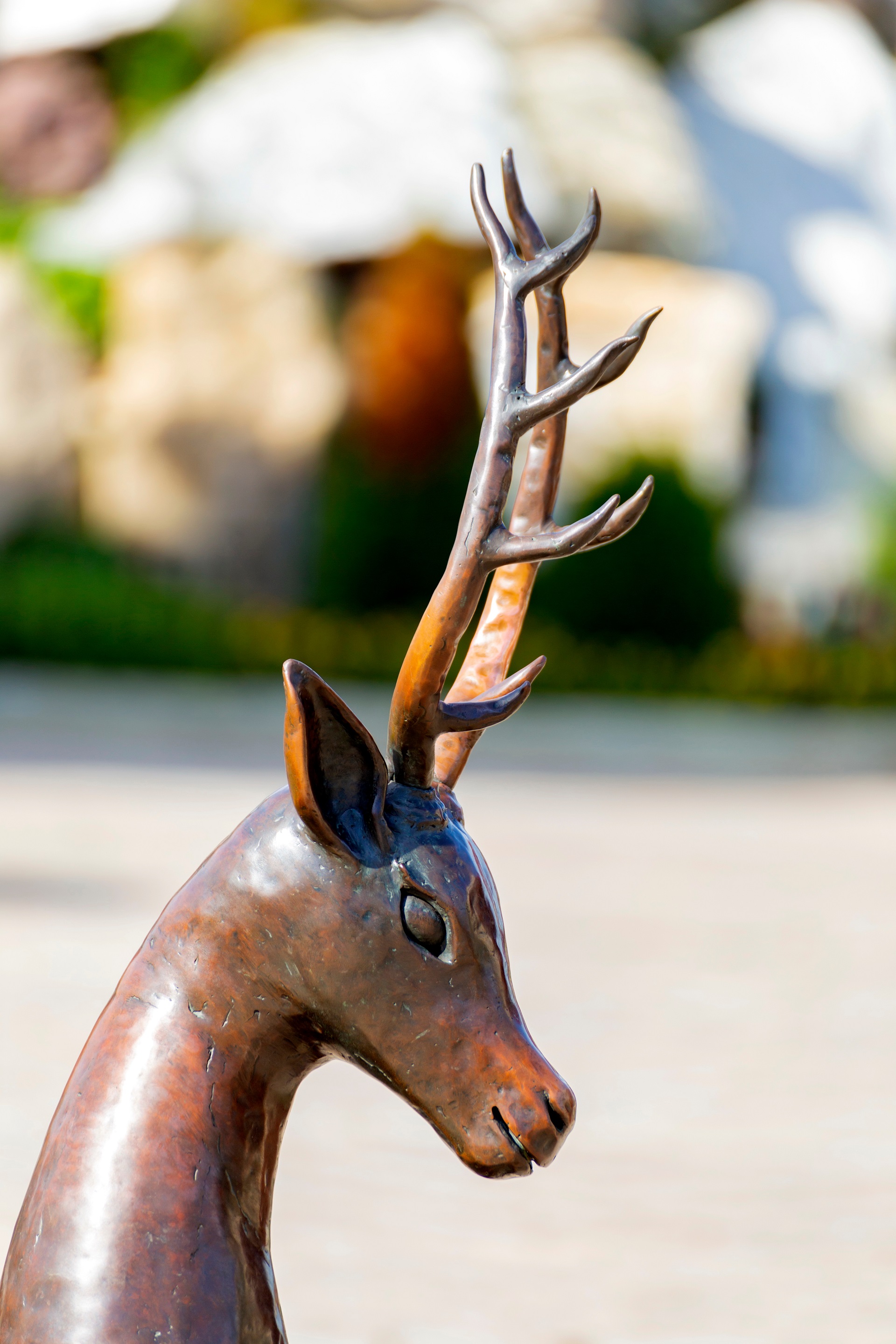 Most tourists combine sightseeing of Zlatoust with a visit to the Taganay National Park. Its highest point is Mount Kruglitsa (1,178 metres). The National Park has tourist routes and eco-trails of varying degrees of difficulty, with some trails suitable for children. The eco-trail to the Black Rock (Taganay in 600 Steps) and the route to the Dvuglavaya Sopka, about 6.5 km each way, are both popular. Here you can stay overnight in a tent or in a cabin. 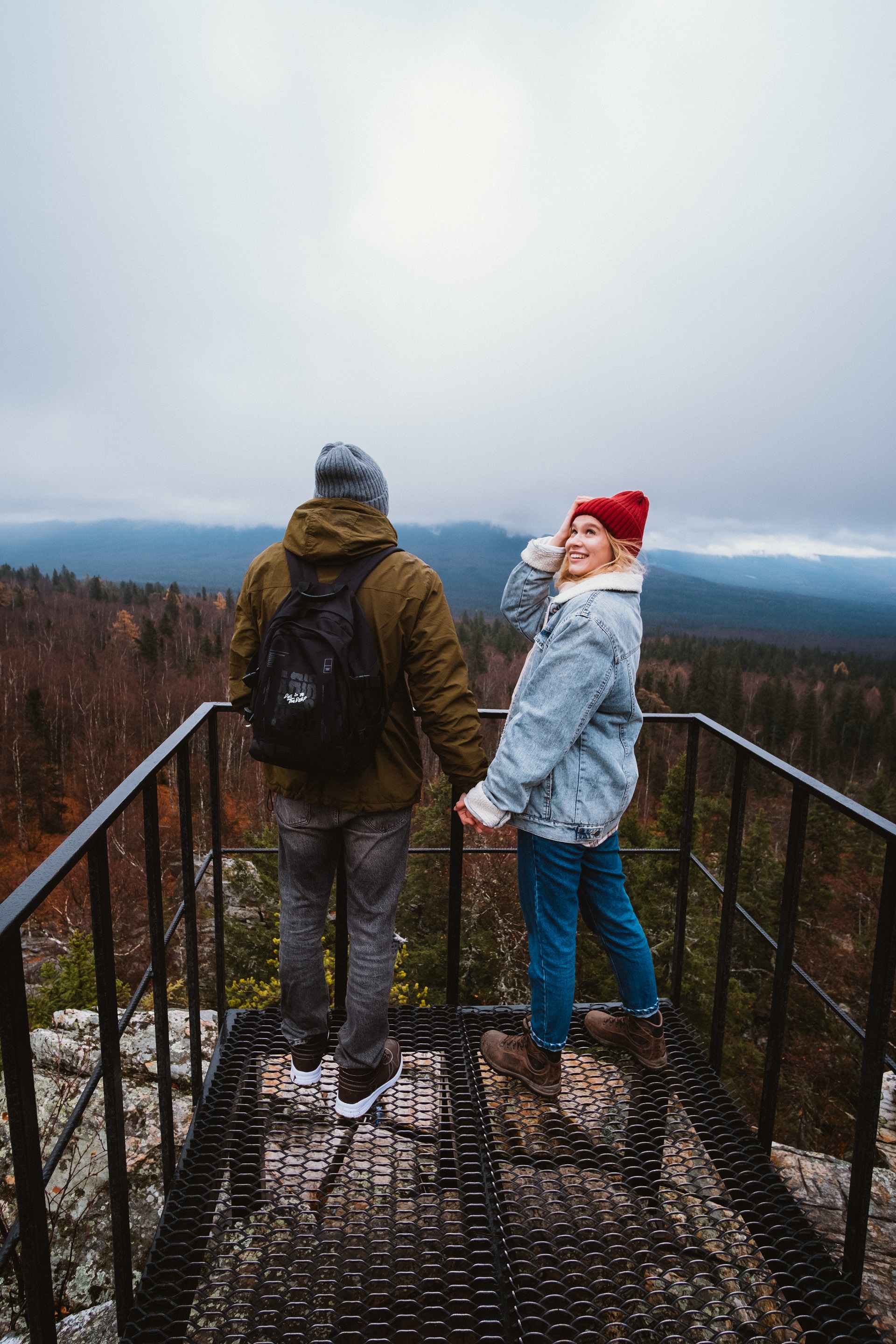 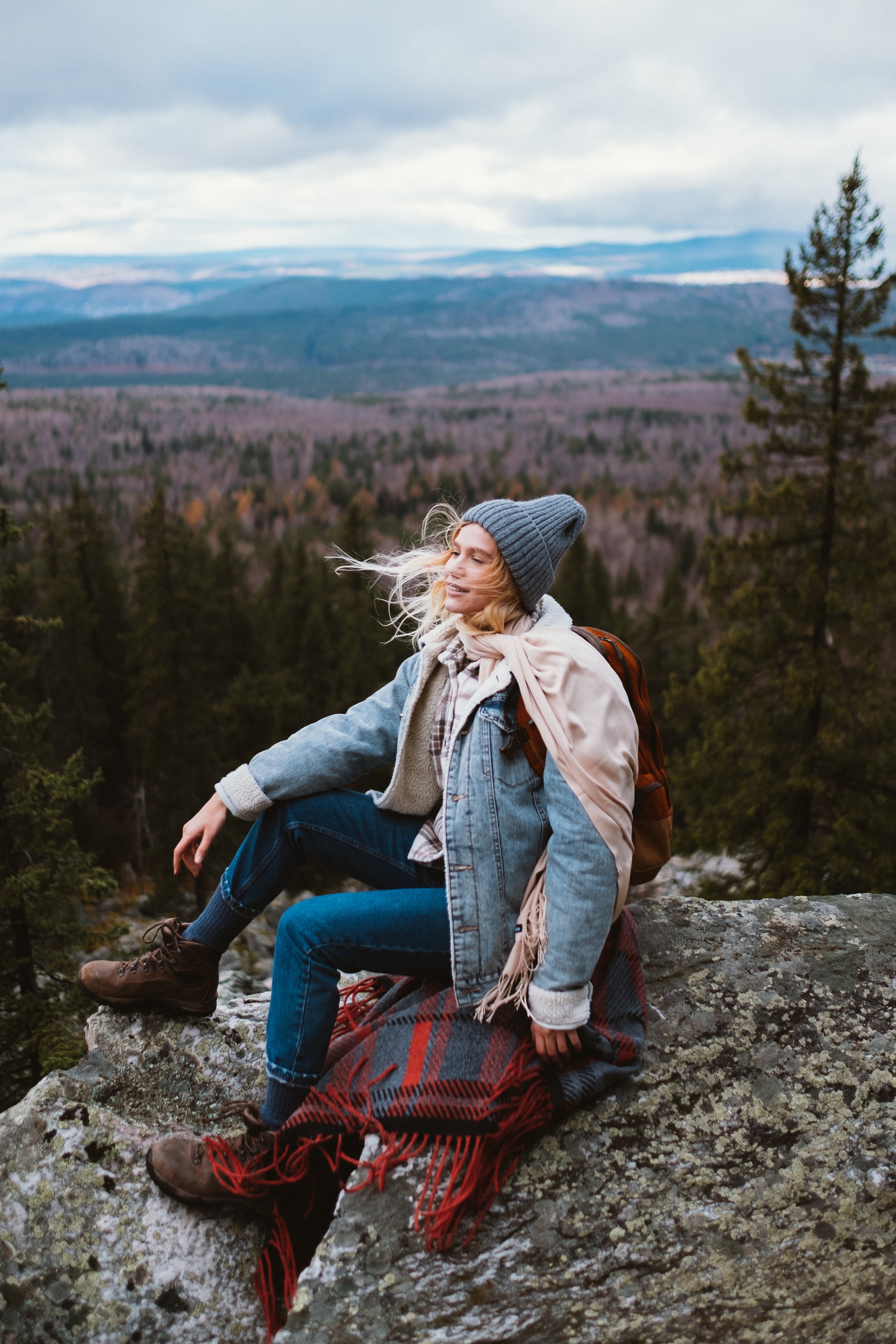 It is convenient to get to Zlatoust both by bus and by train as there is a big passenger and freight railway station. Electric trains run from Chelyabinsk to Zlatoust twice a day.

Zlatoust is located a few kilometres off the M-5 federal motor way, 150 km from Chelyabinsk.