The Capital of Ural Street Art

The small town with a big city feel of Satka is a genuine work of art in itself. The local street artists can compete with those in Moscow and Saint Petersburg. To view enormous sneakers on a lawn, to take a walk along the street of red lights (and it's not what it sounds like) and to visit the 'Ural Disneyland', this is what, among other things, many tourists come to Satka for. 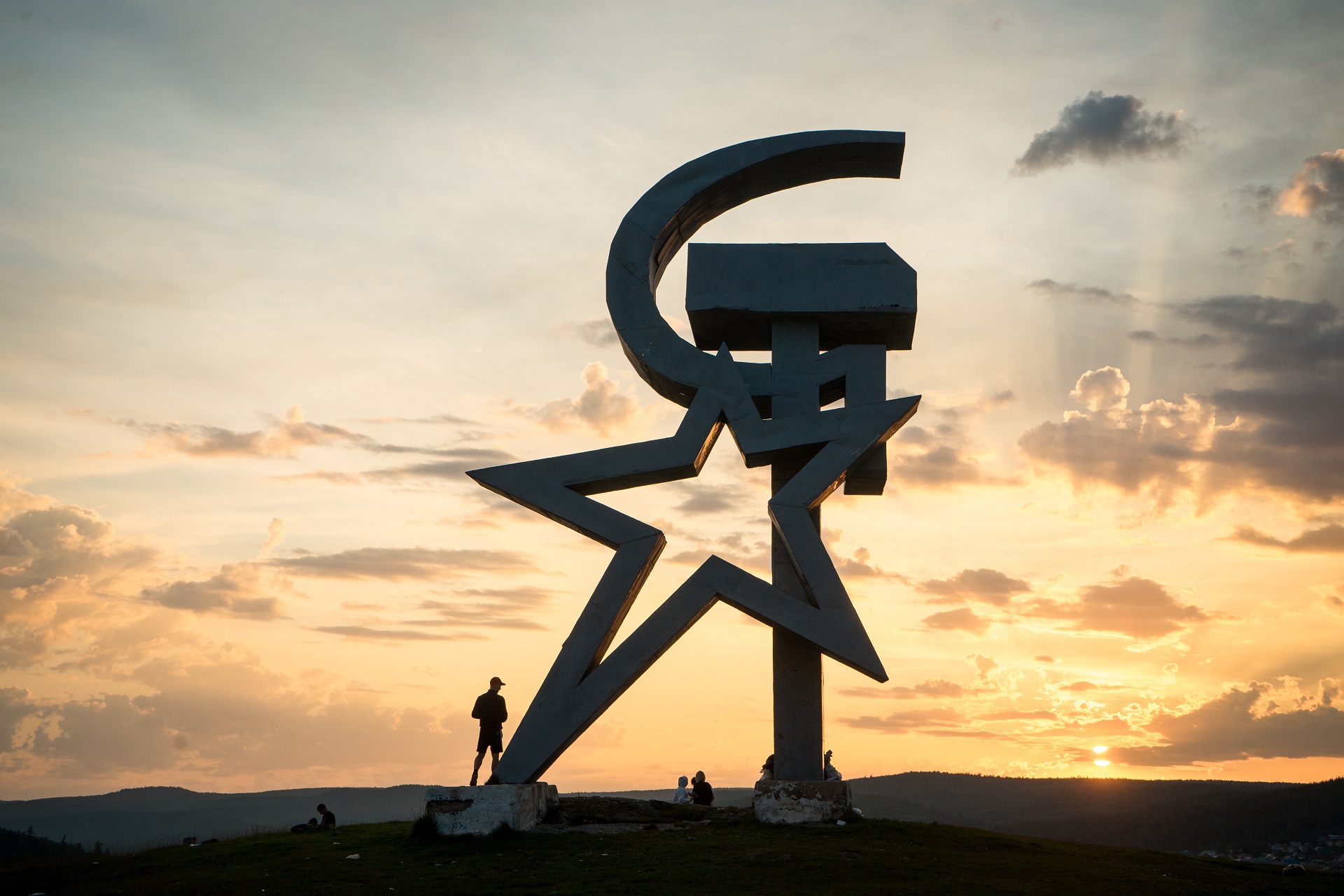 The Hammer and Sickle sculpture Photo by Denis Shakirov

Each tourist should visit the Satka Museum of Local Lore to get introduced to the town history. The museum is located in the old part of the town. Not far away, near the pond, you'll find St. Nicholas Cathedral and the ironworks which were established in 1758 and, thereby, set the stage for the entire town. 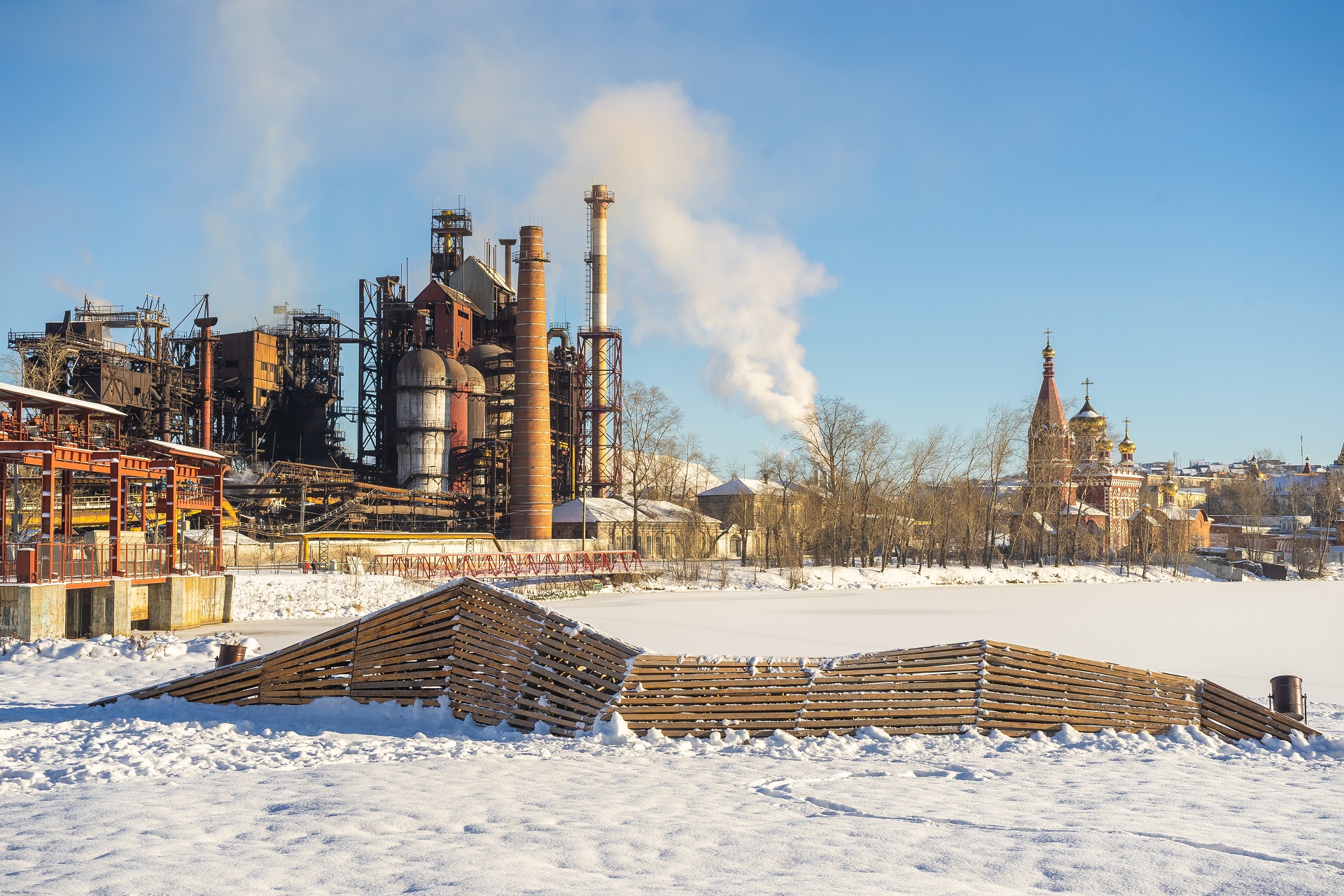 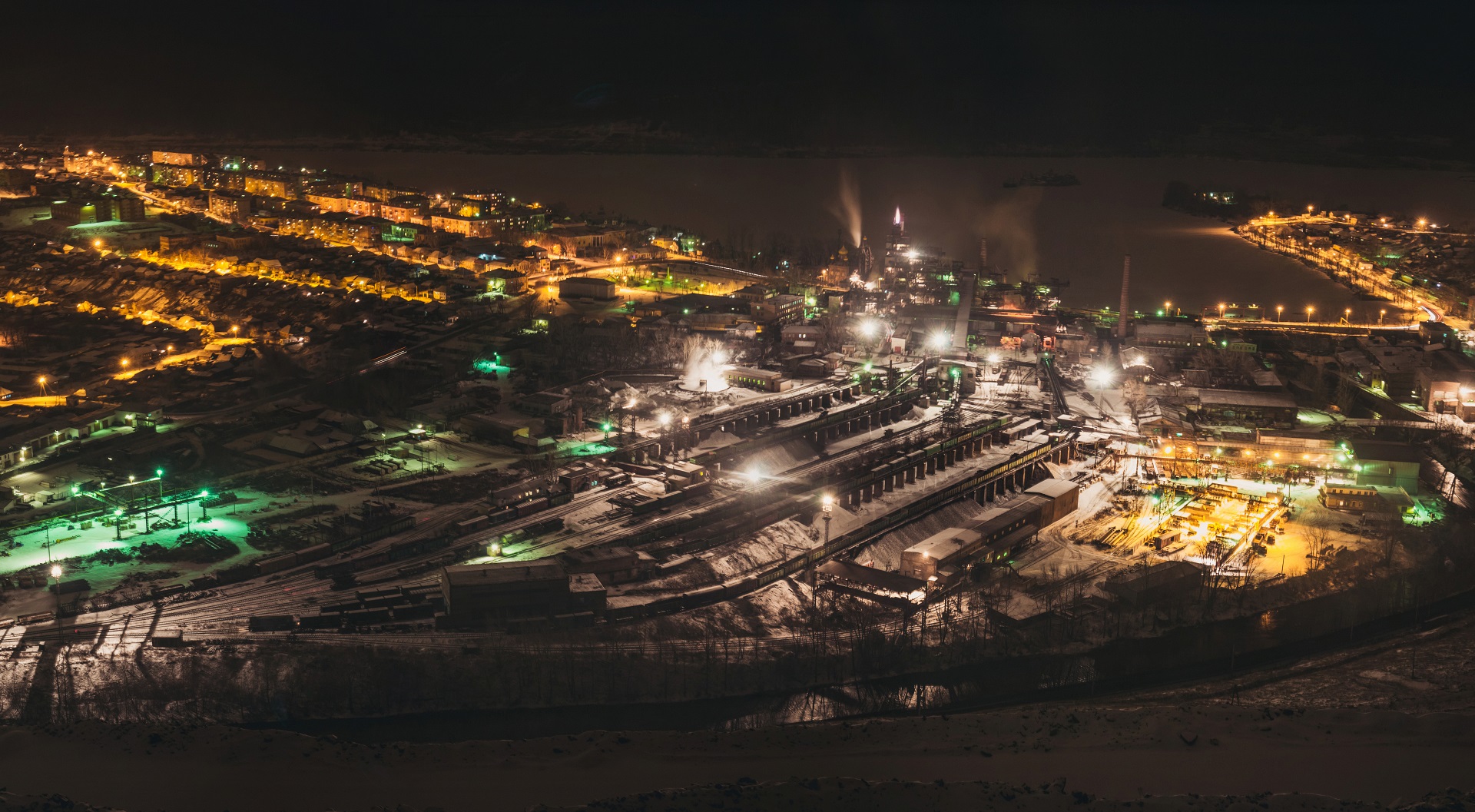 Apart from that, the pond area hosts one more tourist location, the entertainment complex Sonkina Laguna, dubbed the 'Ural Disneyland'. If you are a pirate at heart eager to attack ships at sea, Sonkina Laguna is the place to be! Here, you can dine in a tavern, walk across a suspension bridge and visit a medieval castle, as well as swim and suntan in summer. 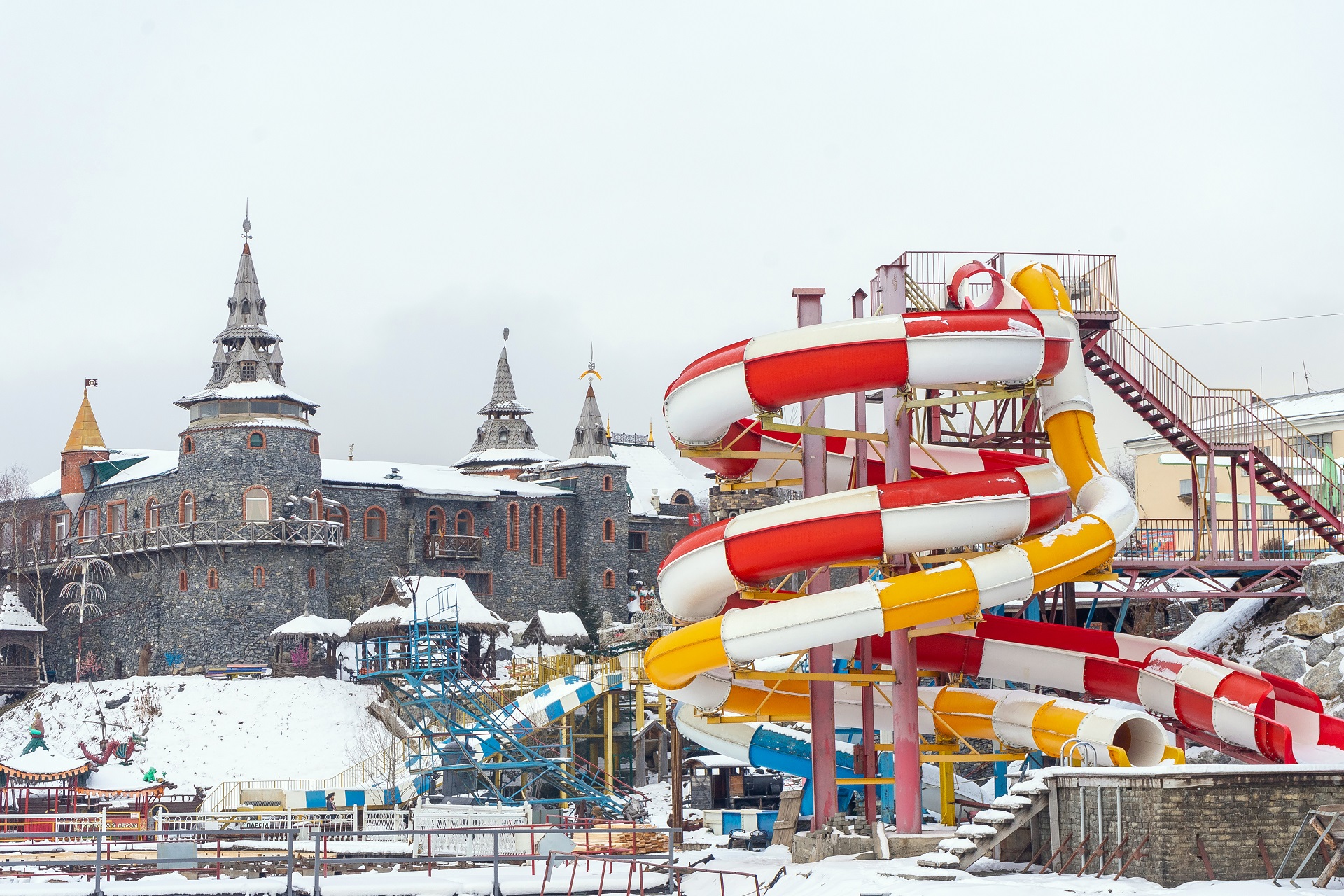 The next interesting tourist location in Satka is the interactive, very modern factory museum Magnesite, where you can learn everything about mining and processing magnesite. 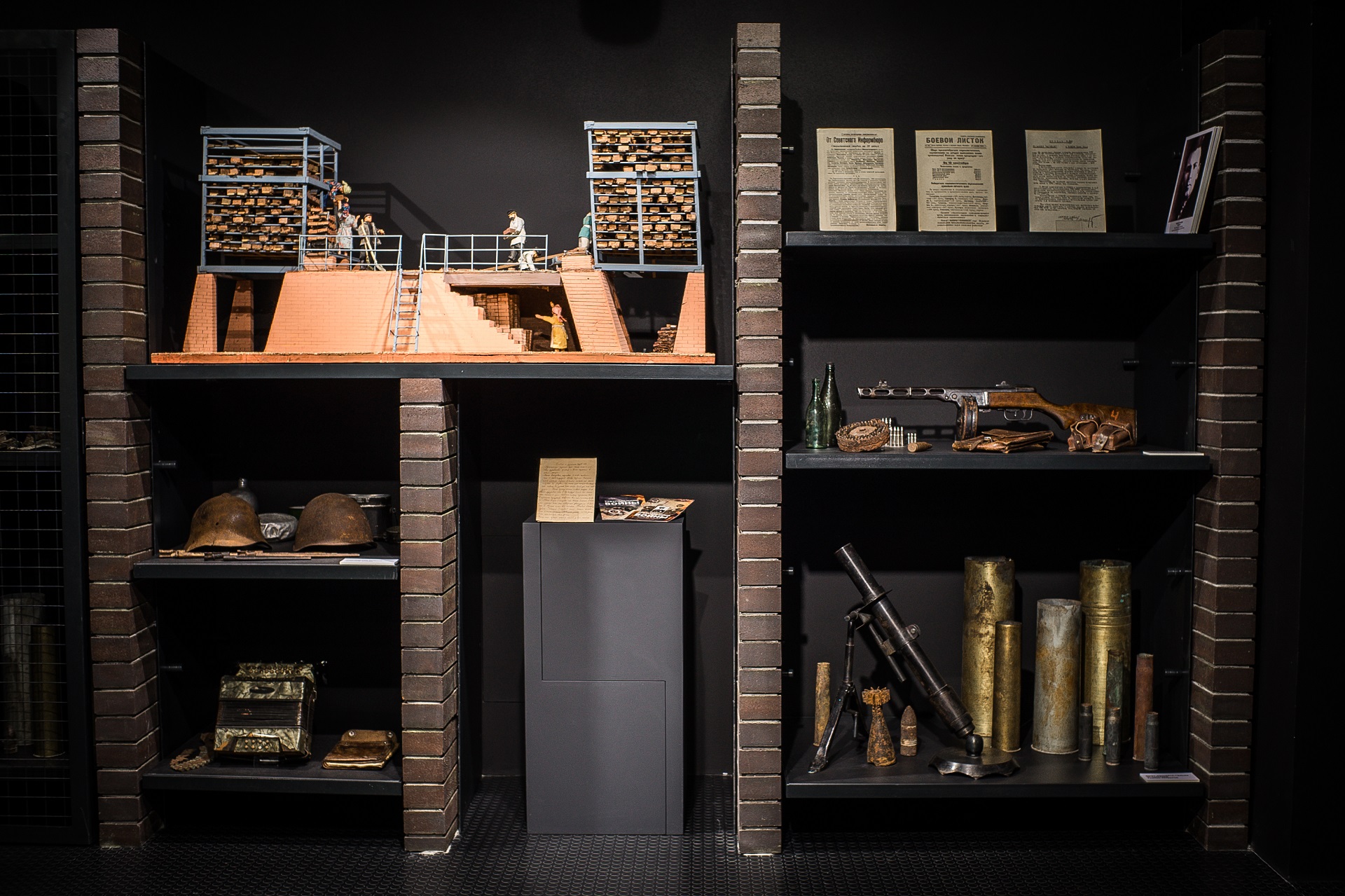 Magnesite is a mineral used for manufacturing refractory materials, such as bricks. Magnesite refractories are resistant to a temperature of up to 3,000°C!

Tours of the Magnesite plant, the town's major enterprise, are not restricted to the museum building. A specific route has been developed. It features the Karagaysky Quarry which is one of the largest in the Urals. It is 1.5 km long, 1.1 km wide and over 360 m deep. From the observation deck, you can view the enormous BelAZ trucks at work, which look like toy cars from high up. Great for photos.

The town gained a new impetus for development a few years ago after the international festival of street art, Satka Street Art Fest, was held here. It resulted in new murals on the streets of Satka: portraits of a great-grandmother and a great-granddaughter, the head of a spaceman gazing at the starry sky, an illustration of a fairy tale by Hans Christian Andersen and others. 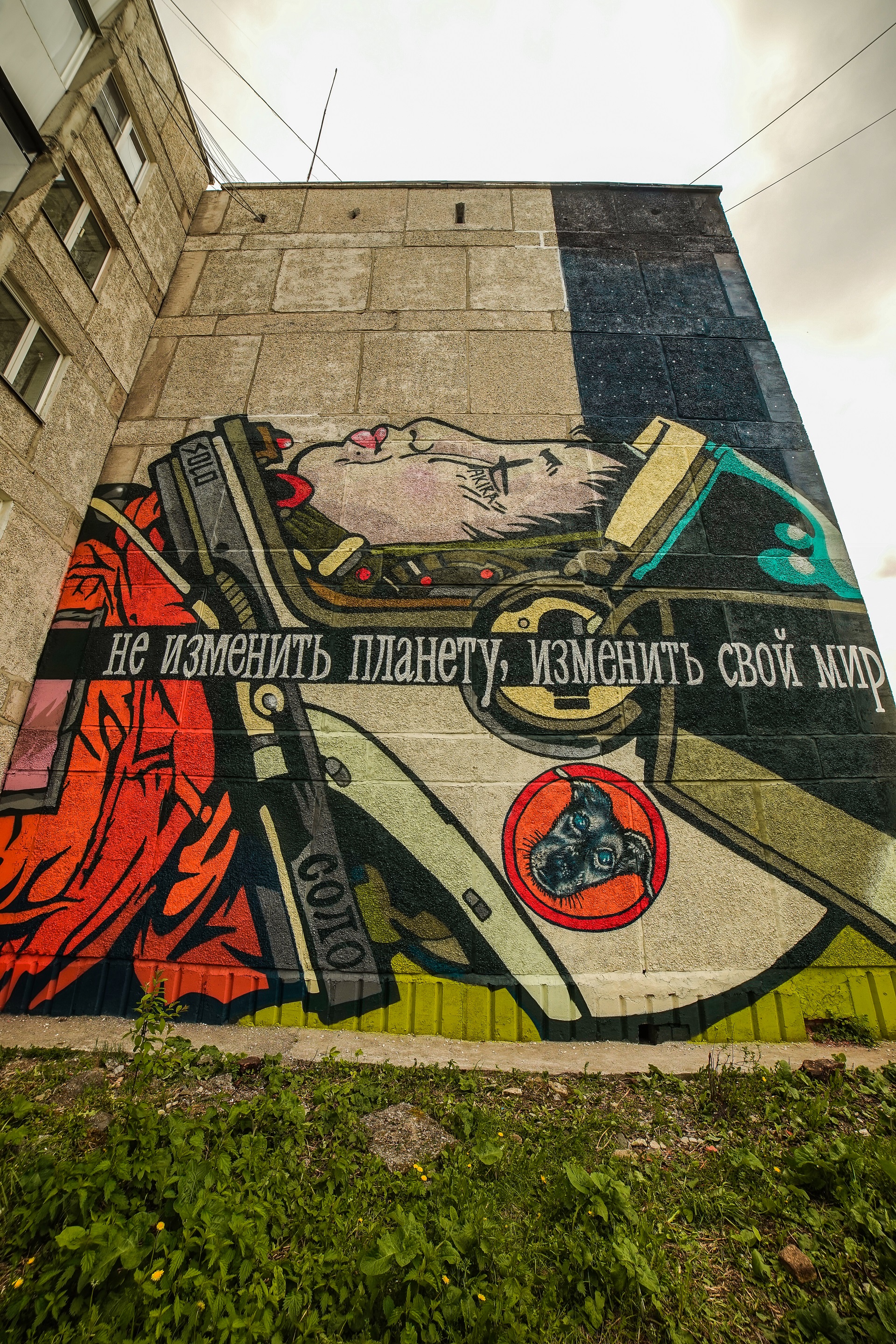 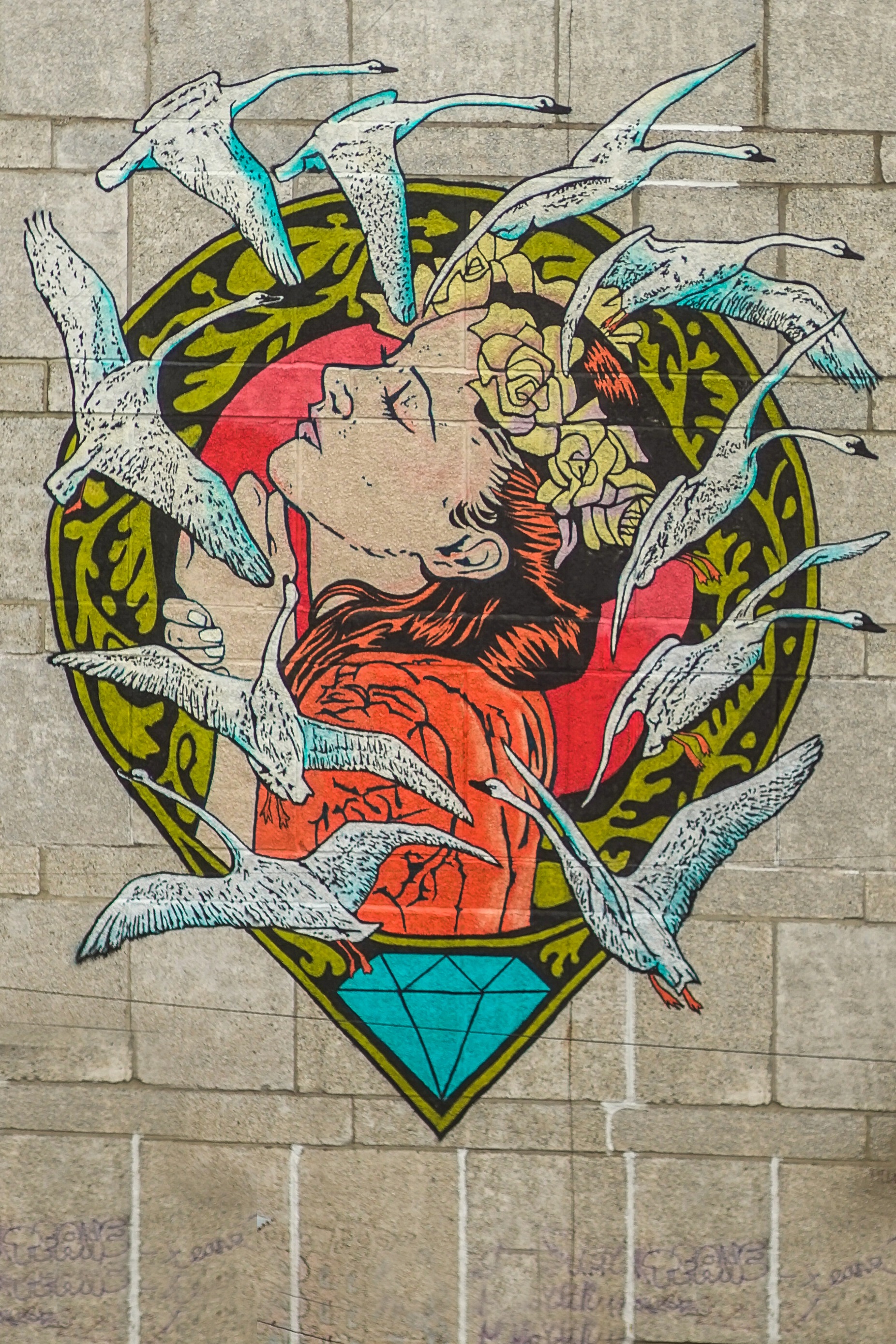 The eye-catching urban style of Satka is complemented by Proletarskaya Street which is a centre of experimental urban planning. The futuristic street lamps, angled traffic lights, public transport stops and decorative fences in the form of intertwined branches are all painted red. We recommend that you view the row of gigantic sneakers spread across the lawn as if in the showcase of a shoeshop for giants. 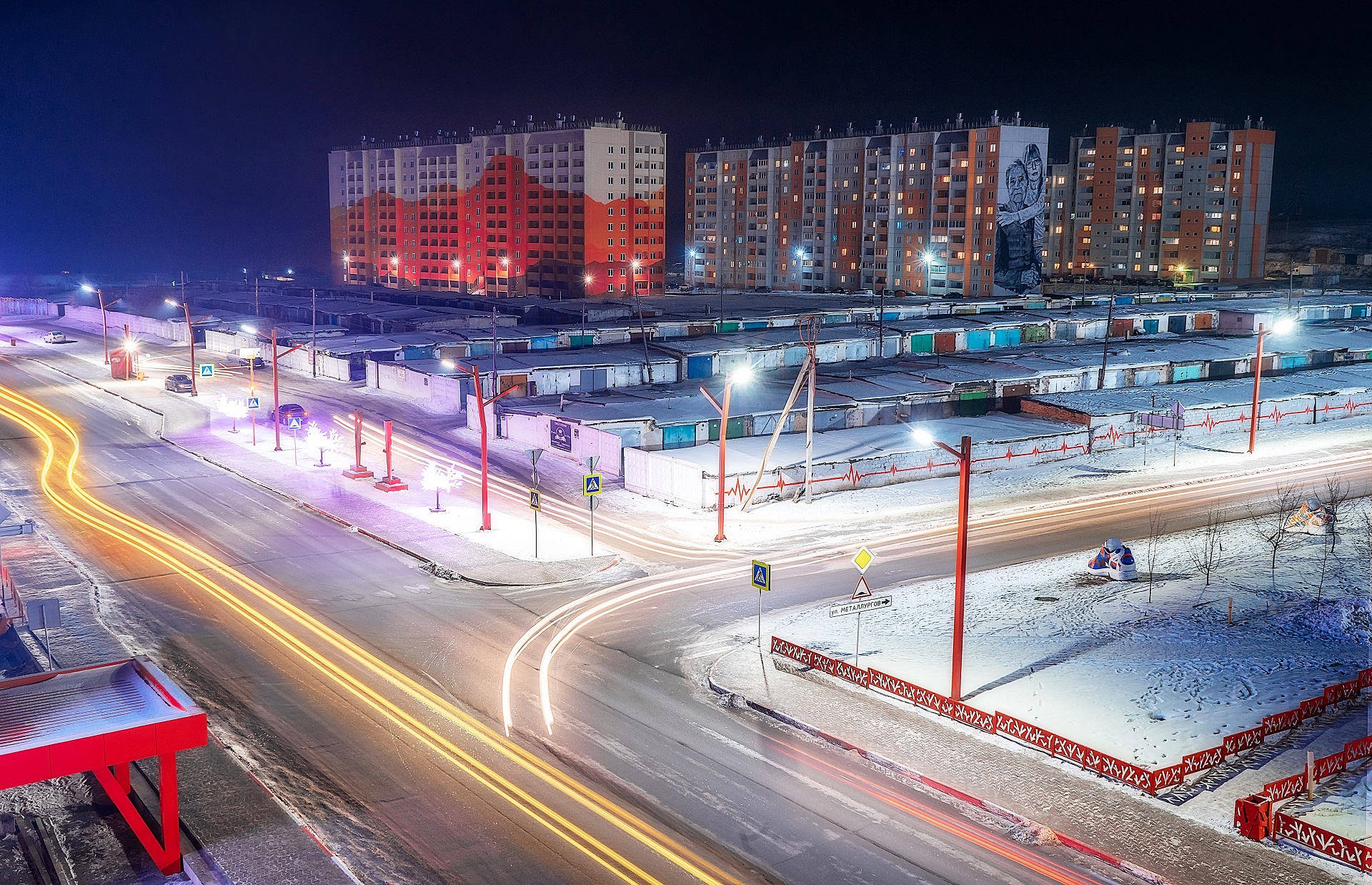 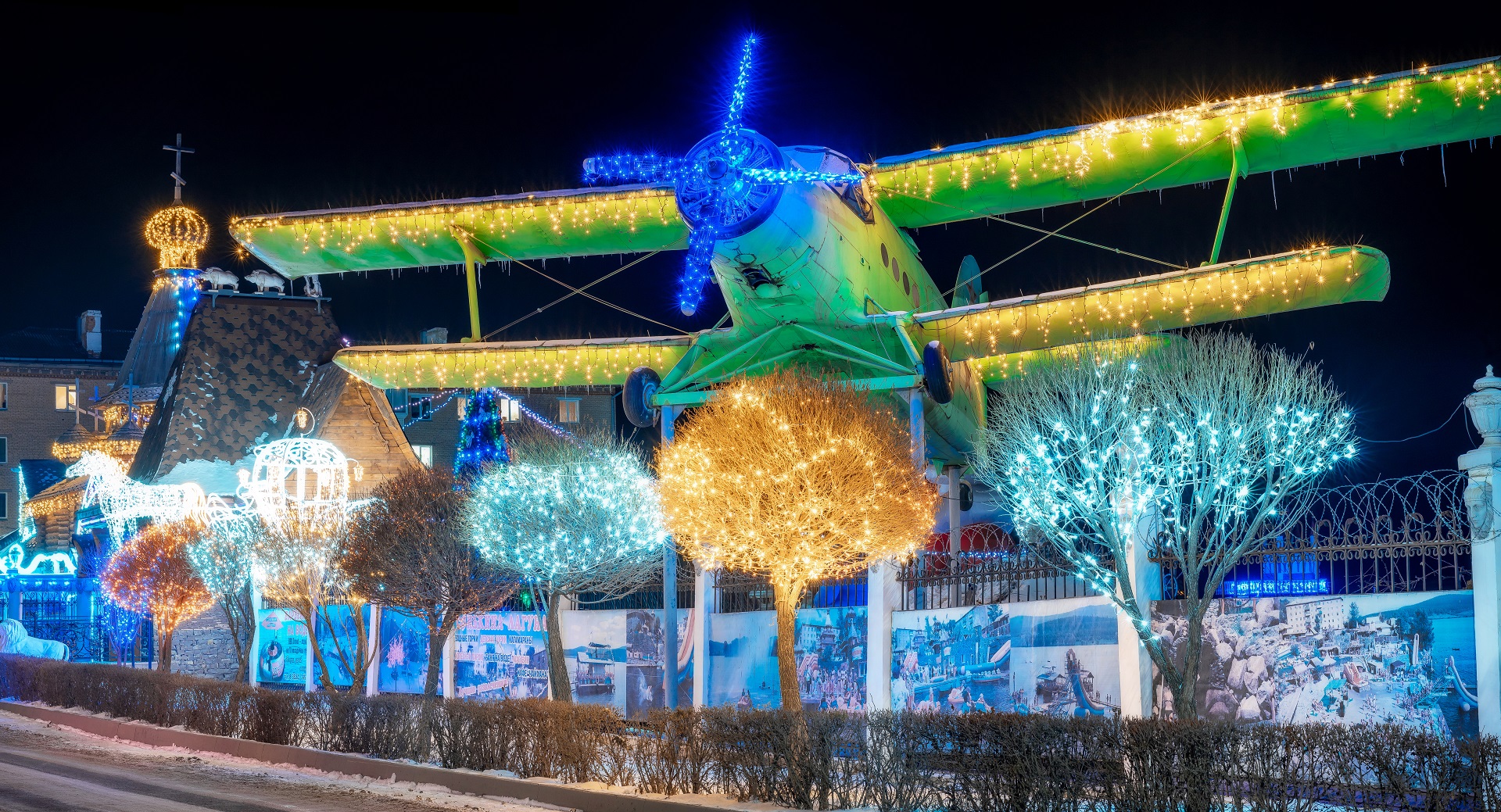 In the suburbs, there are places worth visiting as well. One third of the Satkinsky District is occupied by the Zyuratkul National Park. It is the highest area in the entire Chelyabinsk Region. Here, you can enjoy the marvellous landscapes around the picturesque Lake Zyuratkul. Children can visit the home for orphaned moose called Sokhatka and a red deer farm. The park offers numerous accommodation options including guest houses, tourist centres, hotels and campsites. 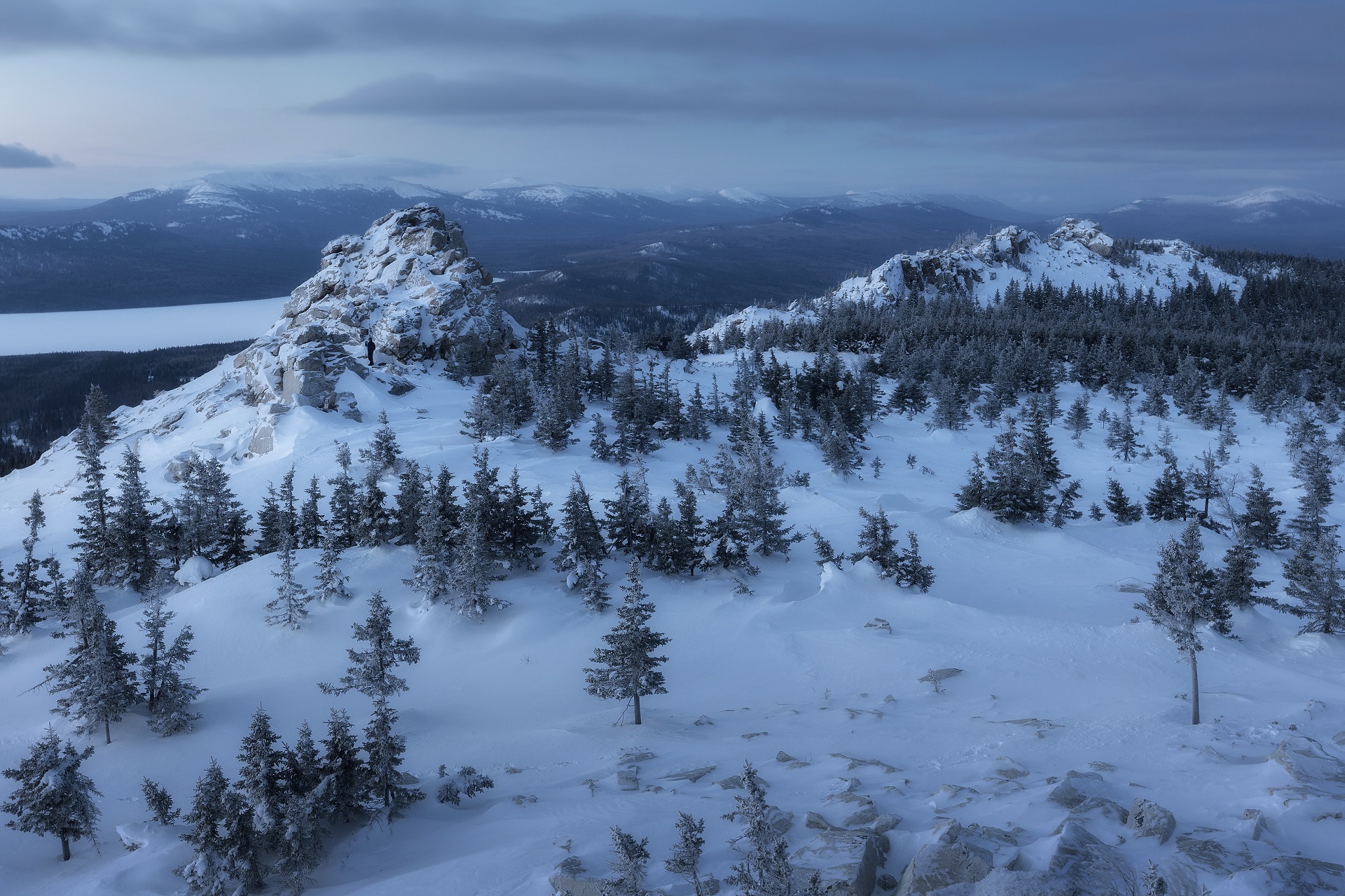 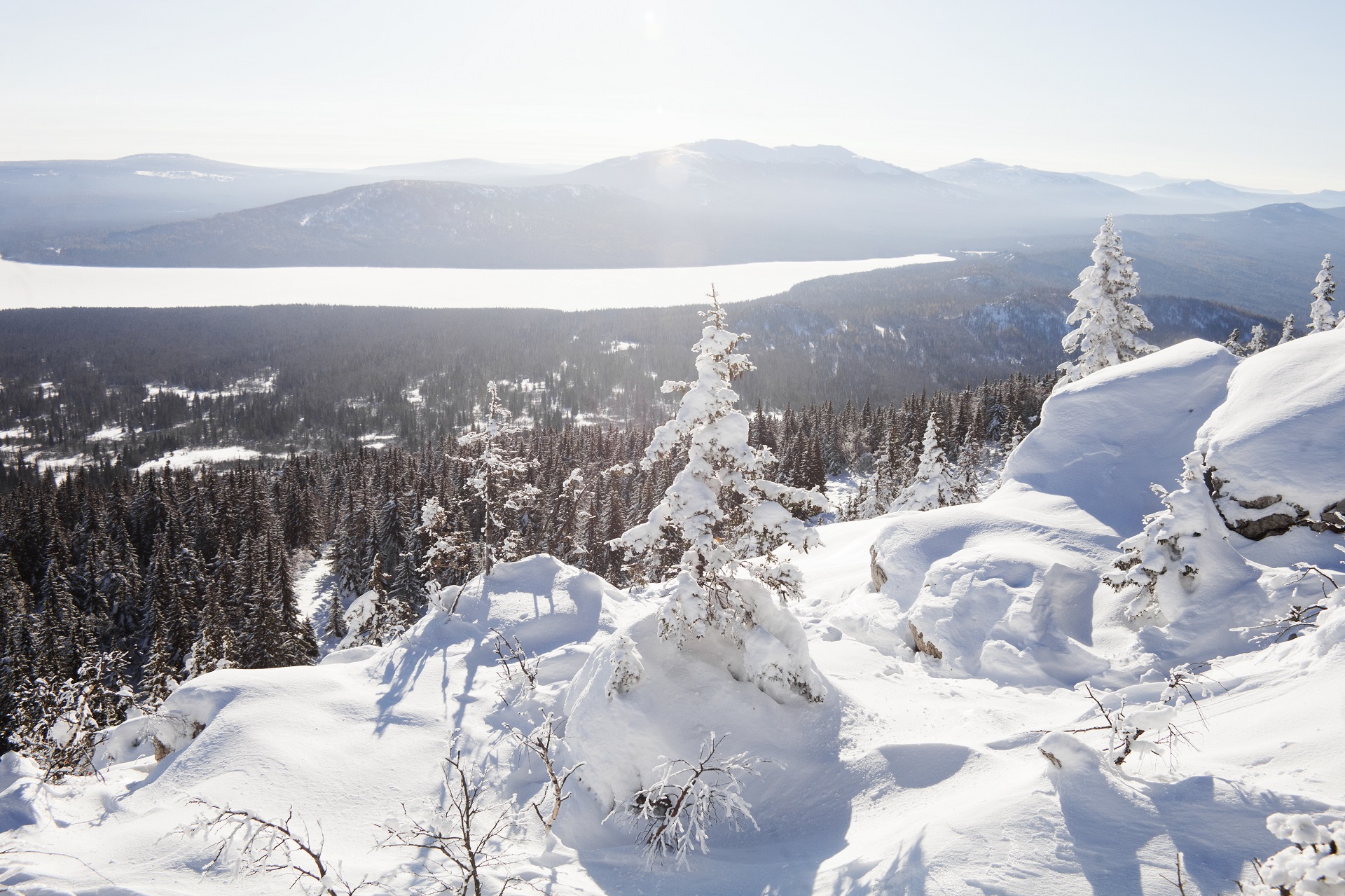 Another curious local sight is the natural and industrial landmark, Historical Natural Complex Porogi, placed on the bank of the Bolshaya Satka River, which is the oldest ferroalloy plant and hydroelectric power station in Russia. It is one of the rare examples of industrial architecture which fits perfectly into the natural landscape instead of disturbing it. The hydro dam was built from quarried stone. To get the mortar strong enough, the builders added eggs provided by residents of all the neighbouring villages. Here, against the backdrop of a roaring waterfall, you can take some genuinely beautiful photos. 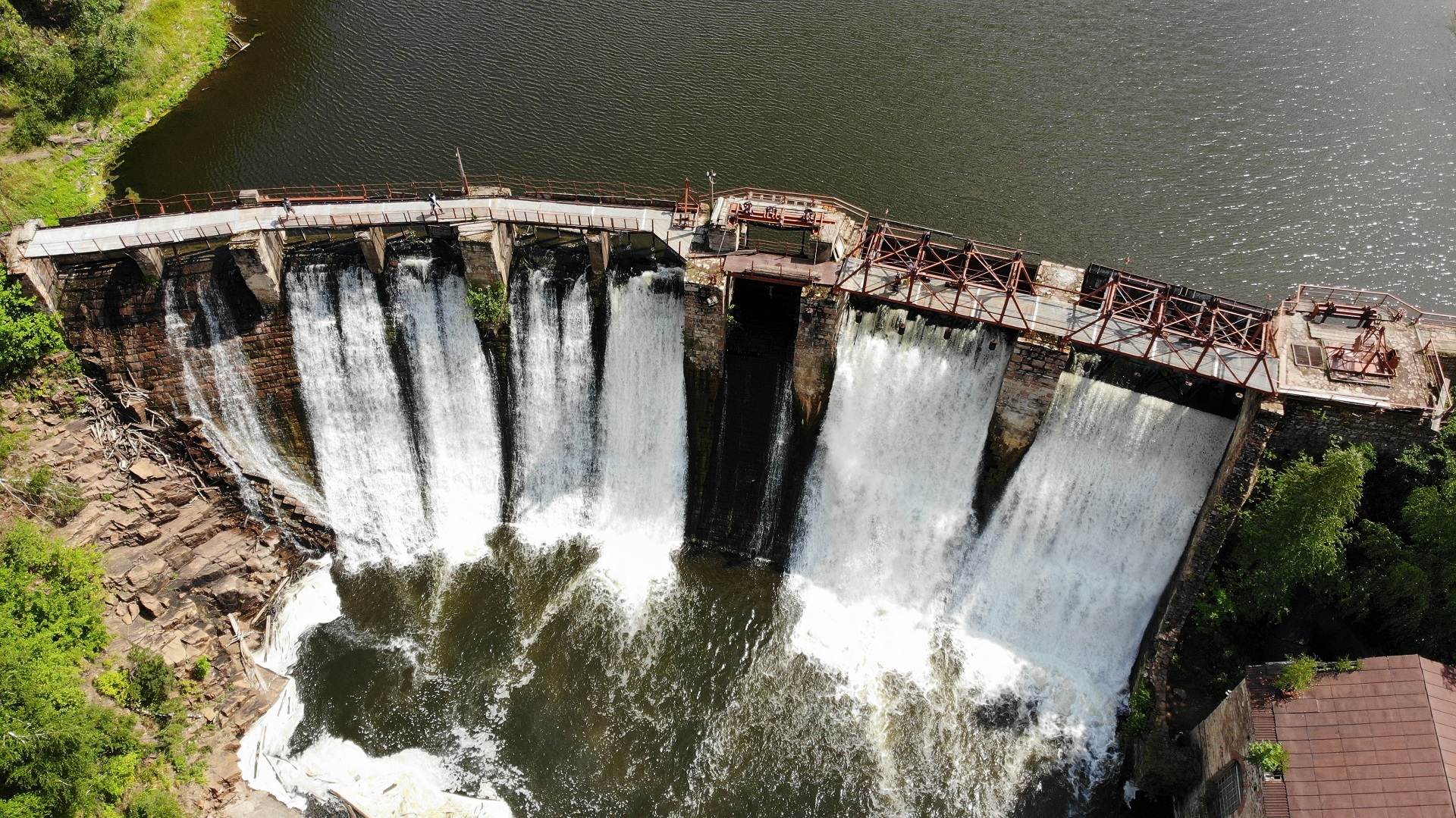 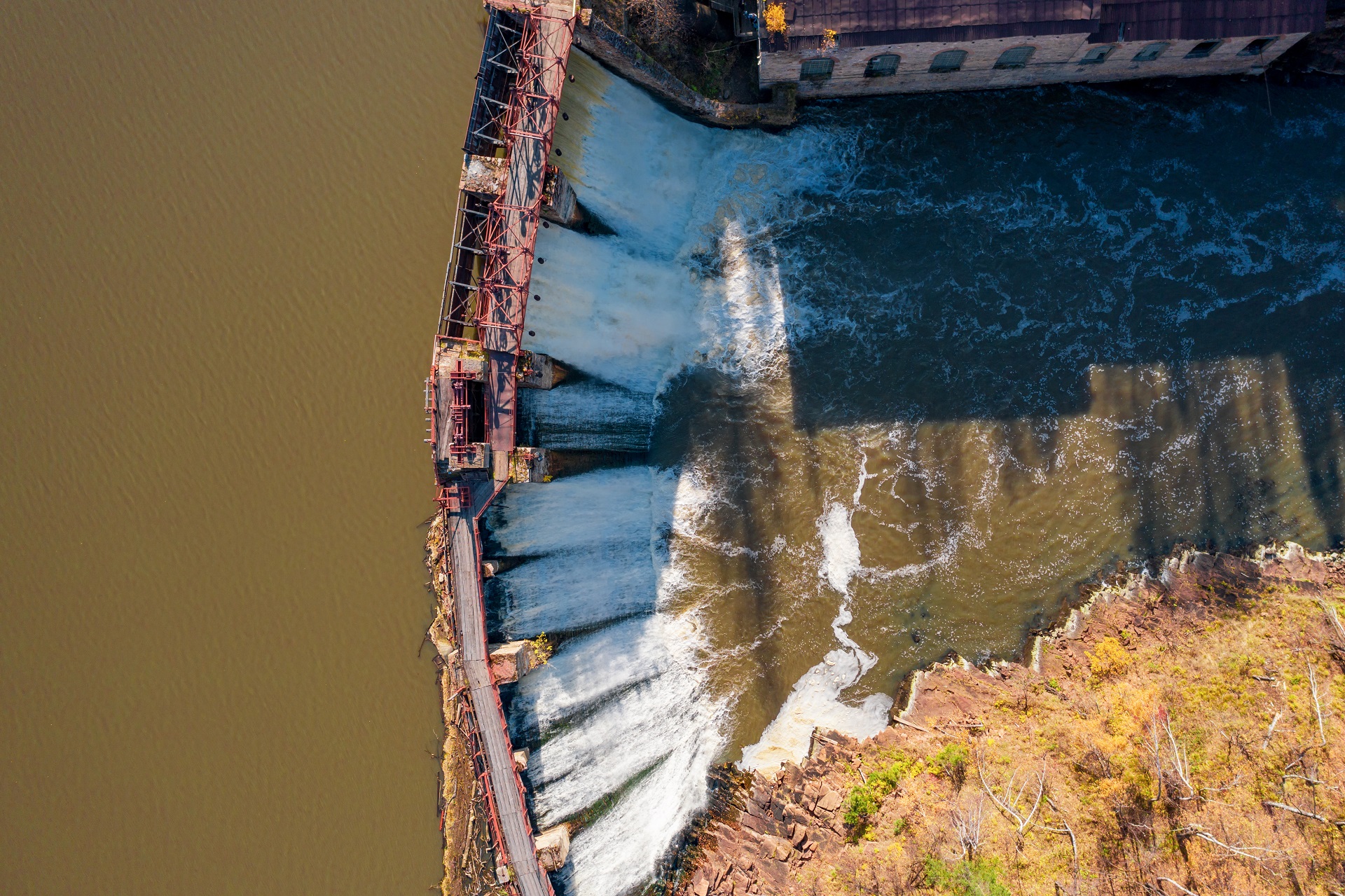 Finally, we recommend visiting the Ay River valley, one of the most picturesque rivers in the Southern Urals. You don't necessarily have to canoe down the river. All local sights can be reached by car. For example, the Dry Waterfalls, or Alexeyevsky ravine, is an ancient series of waterfalls. Today, you will only find the dried-out rocky steps. Also check out the Grand Ayskiye Rocks, an enormous canyon where the river still flows. Many karst caves have been discovered around here, for example, The Sikiyaz-Tamaksky Cave Complex. 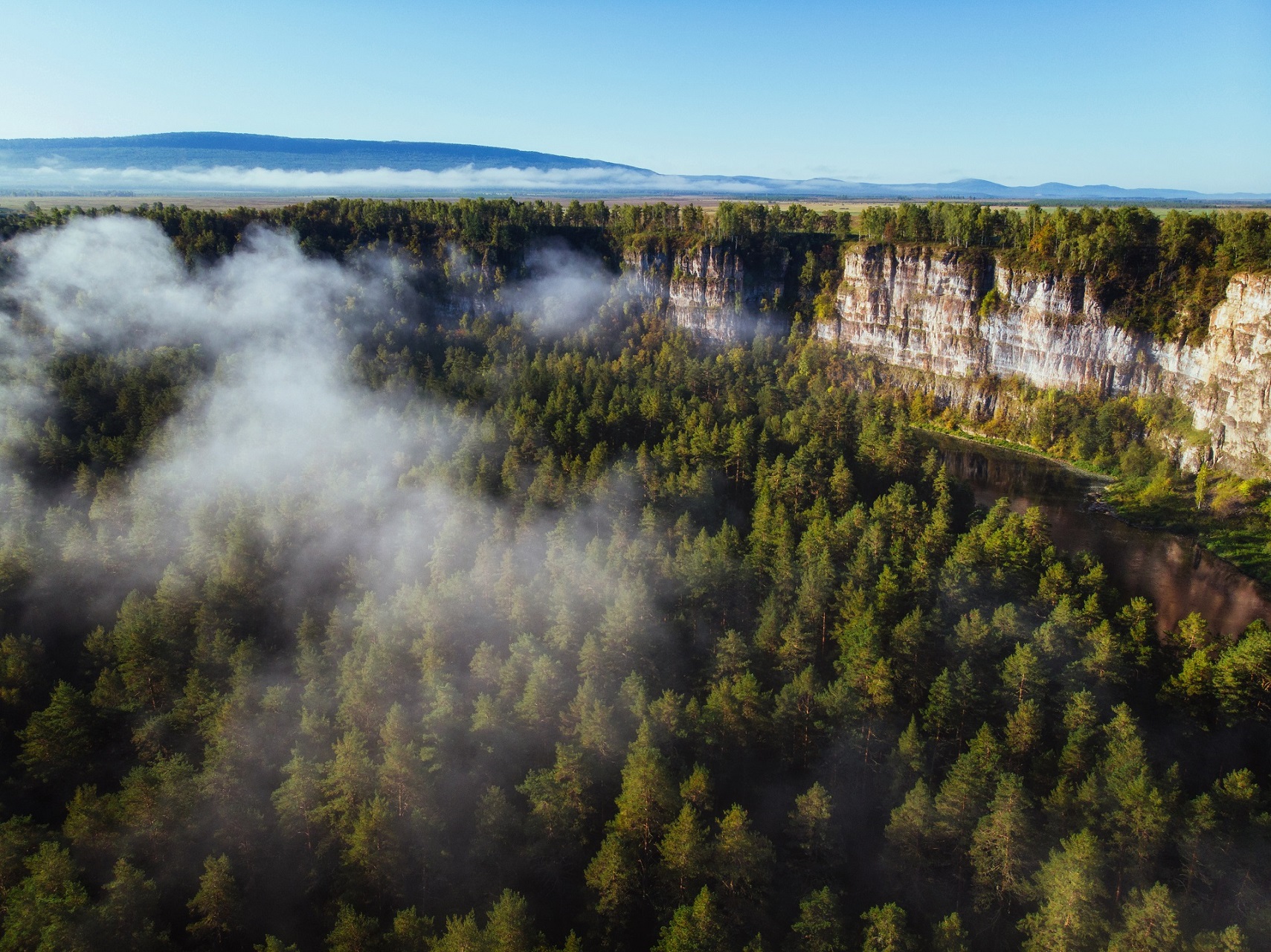 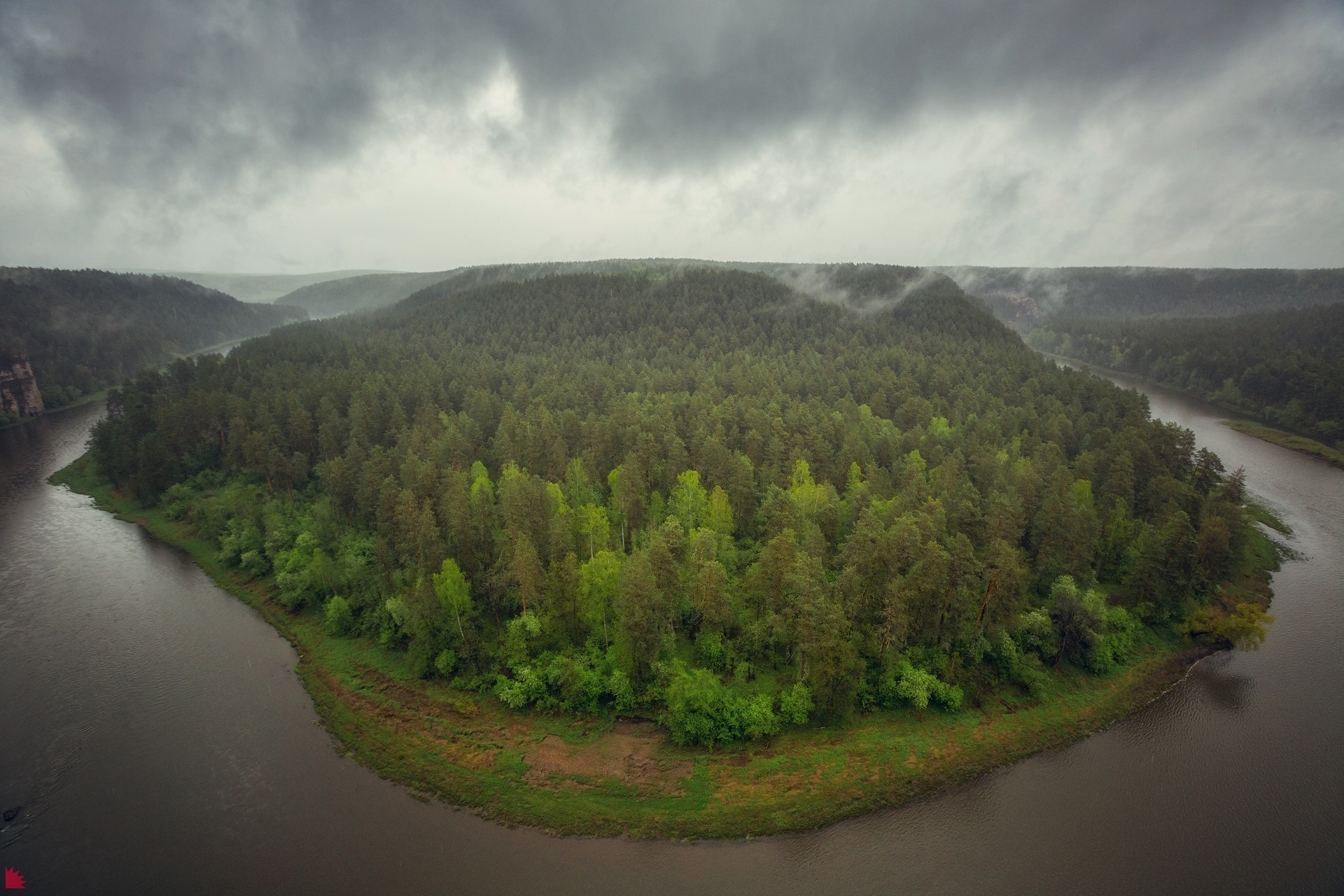 Satka is a 180-kilometre drive from Chelyabinsk along the M5 highway.